A downgrade, but still absolutely worth playing

It’s as if we slipped into some alternate dimension. The long-awaited Plants vs. Zombies 2 went straight to mobile, passing over PC fans, and while it wasn’t bad — not at all — I sure lost interest.

Instead, it’s PopCap’s third-person multiplayer shooter Plants vs. Zombies: Garden Warfare, a thing which inexplicably exists, that has been dominating my free time. And I do mean dominating.

Chris reviewed the Xbox One version, but I’ve been wanting to share my thoughts on the cheaper, less-pretty Xbox 360 version since not nearly enough of you are playing Garden Warfare. 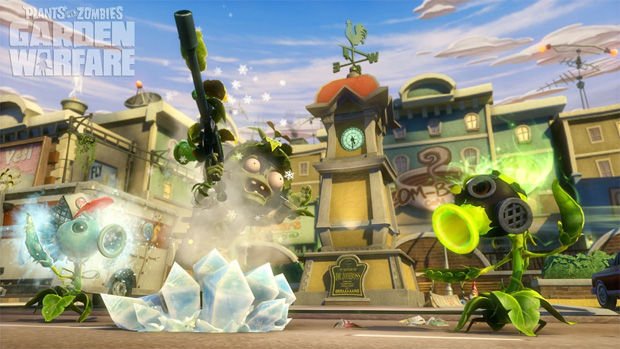 Now, Chris already went over the primary differences between the Xbox One and Xbox 360 versions in his review. Let’s dig into those and other inconsistencies in-depth.

The big disappointment on Xbox 360 is a lack of split-screen cooperative play in the Garden Ops base defense mode. Even then, its implementation on Xbox One left a lot to be desired: co-op is only playable offline and player two can’t earn coins, the currency of unlocks in Garden Warfare, or Xbox Live Achievements, the currency of life. A shame to have no co-op on 360 nonetheless.

Another lost feature is SmartGlass support. Xbox One players can influence matches from an all-seeing, all-knowing overhead view in Boss Mode. It’s essentially Commander Mode from Battlefield 4, which I found to be way less entertaining than simply playing as an on-the-ground soldier. I’m sure it’s the same with Garden Warfare — fun for a few rounds and that’s it.

Visual fidelity. The obvious one. While the game doesn’t look as good on Xbox 360, that’s not to say it doesn’t look good generally speaking. Garden Warfare uses the Frostbite 3 engine, after all. The attention to detail and personality present in character models is impressive.

There are issues with texture loading, however — when first entering maps, much of the environment will appear blurry until the textures “pop in.” While this isn’t always the case, when it happens, it’s ugly as sin and takes you out of the experience.

I can live with all of these just fine. My big issue with Garden Warfare, and the reason I wish I were playing on PC instead, is the time spent not playing the game due to load times.

Team Vanquish, a deathmatch mode in which plant and zombie teams race to 50 kills (err, knockouts), is usually over in less than ten minutes. Many of the matches I play take five to six minutes. Then you hit a loading screen and have to wait in the lobby for a full minute, followed by another load into the next match. This adds up. Gardens and Graveyards, the final, more tactical mode in Garden Warfare tends to last longer, thankfully. 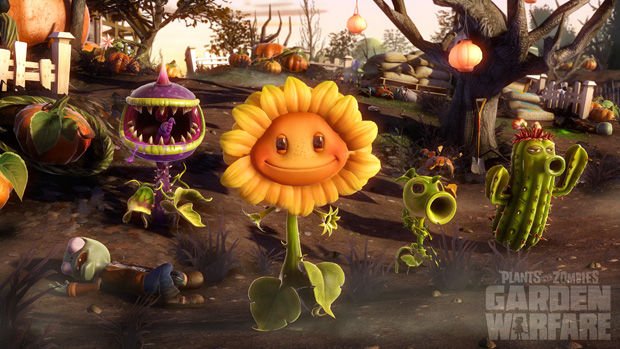 With all of that said, I don’t feel like you can go wrong with any of the platforms. For its faults, the Xbox 360 game is $29.99, down from the Xbox One version’s $39.99 price point. And while Garden Warfare hasn’t been dated for PC yet, that’ll likely be the superior version in terms of performance. (If you don’t mind playing via Electronic Arts’ Origin, that is.)

Do you enjoy Mass Effect 3‘s multiplayer or count Team Fortress 2 among your favorite online games? This is worth looking into. And for those of you with children, Garden Warfare is an excellent choice if you aren’t comfortable with them playing more mature titles. But, for the love of all things holy, tell them to not permanently leave their mics on. Dumb kids…