In today's episode of Pregame Discharge: EGLX will have the showdown of the century!

The battle that could end video games as we know it!

That’s right! Two men (and maybe a Sex T-Rex)! One stage! Only one survivor! As well as today’s video game news you need in all the right places:

Challengers to the throne come and go all the time, and this crudely drawn individual will be no different! What chance does this “Yahtzee” have against our own sleep-deprived and caffeine-addicted yellsman? Well, thankfully, I’ve done the math! I know Yahtzee’s tricks! That silly Australian upside-down fighting technique won’t mean a damn thing in the correct time zone!

In any other form of competition, one could argue there is a 50/50 chance of whoever winning. But, Lyle ain’t normal! You’ve got a 25% chance at best of beating him, then you add caffeine and pop-punk to the mix, and those chances drastically go down! On the main stage at EGLX, with the potential of the Sex T-Rex getting involved, you’ve normally got a 33 1/3% chance of winning. 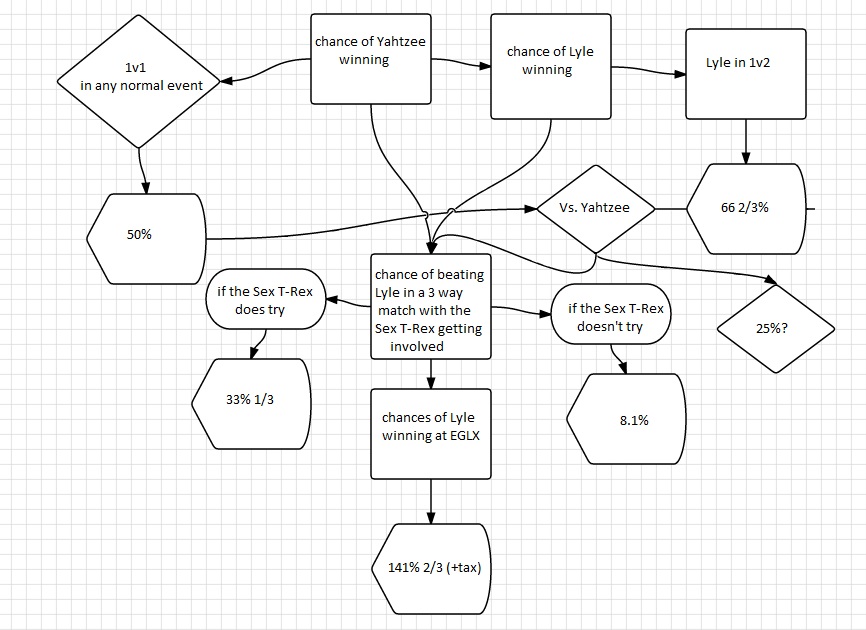 The numbers don’t lie Yahtzee and they spell disaster for you at EGLX!

Discharged Question of the week

What was your favorite crossover in video games?