Now that Marvel vs. Capcom: Infinite is out, and those interested have played around for a little while, there’s a question that’s been bugging me ever since I first laid my eyes on it. I’ve openly gone back and forth over Infinite‘s visuals, and the strong gameplay and netcode made it harder, but I’ve been trying to figure out why that is. Why do the visuals suddenly matter so much to me given the how little they should matter in fighting games?

I think it’s because it feels like Marvel vs. Capcom: Infinite, the latest in a series known for its carnival atmosphere welcoming everyone to its broken ride, seems to be more focused on those who’d be willing to buy a ticket regardless since their careers could depend on it.

Since this is such a huge topic, and because it’s far too early to definitively come to a conclusion, I reached out to Reviews Director and Co-Editor-in-Chief Chris Carter (who wrote Infinite‘s review) for a second opinion. Hopefully this is the start of a conversation around eSports and its effect on the Versus series that’ll be clearer as the months roll on. 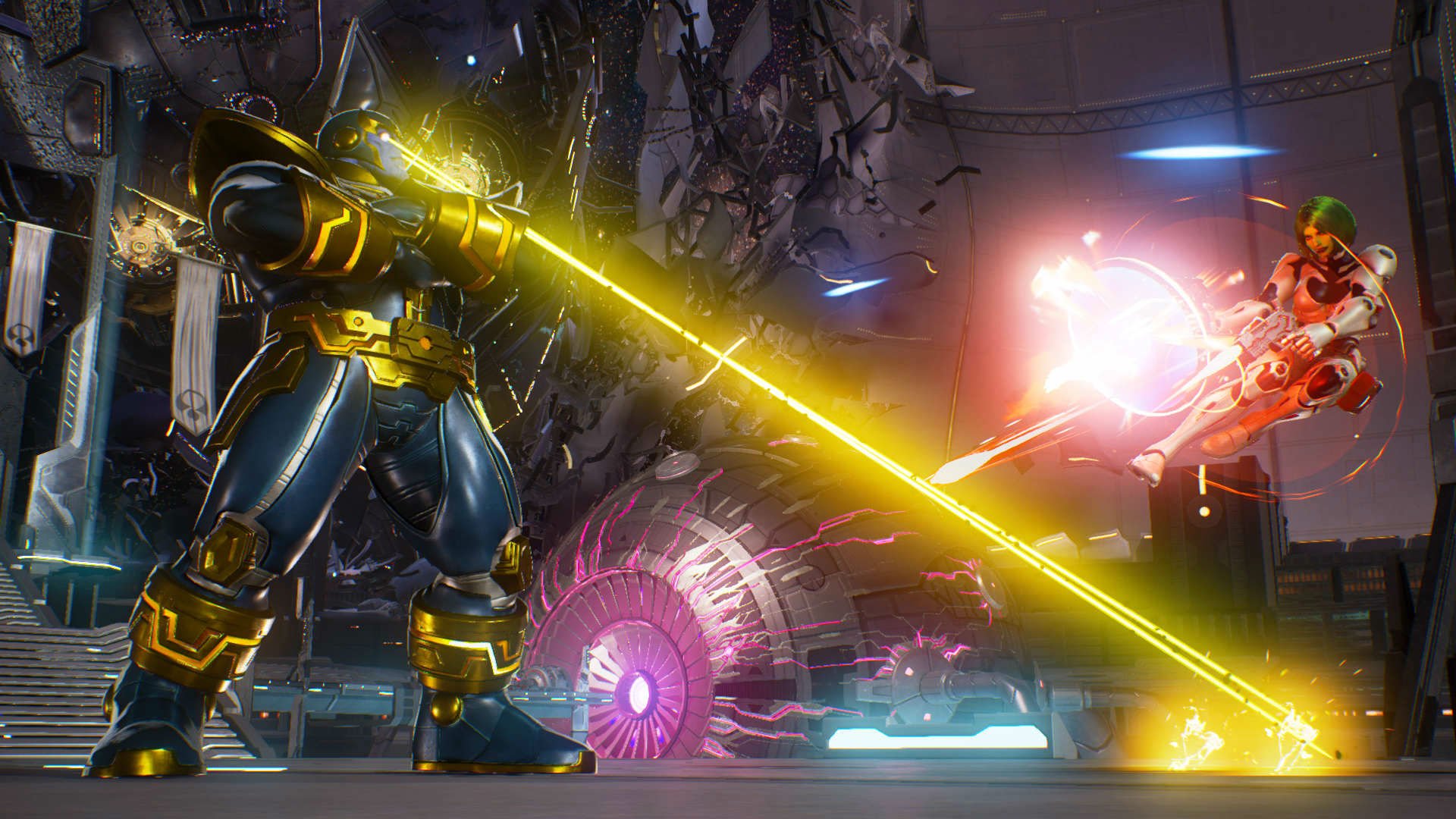 Nick: Before Marvel vs. Capcom: Infinite‘s release I know I was openly against its art style, and you seemed to react the same way per your review, but I’ve been trying to figure out why they would even pursue a style with such a lack of fanfare. But after playing it for two weeks, I think it’s because there’s a greater focus on professional players this time around. Much of the, well, “excess” seems to be stripped away in favor of a more easily discernible game that could be shown on ESPN. What do you think?

Chris: The “pro” angle is such an interesting phenomenon. We saw how well it worked out for Street Fighter V, given that it was the most-played competitive fighter to date at major tournaments, but at what cost? Sales were lower than expected, and the lack of ancillary modes for casual players to mill around in crippled the franchise. There’s a lot of reasons why SFV performed below expectations (console exclusivity didn’t help, as did the ultimately harmless, yet confusing Fight Coin system), but that was a big part of it.

Part of my heart breaks that Capcom decided to effectively neuter a Versus game. I’ve been all-in on this concept since I used my first-ever Birdie attack inX-Men vs. Street Fighter. Mechanically I’m okay with reigning in the crazy assists and the like, but I really miss the wacky touches like comic book font and the more outlandish character designs. Do you think people will be okay with this long term? 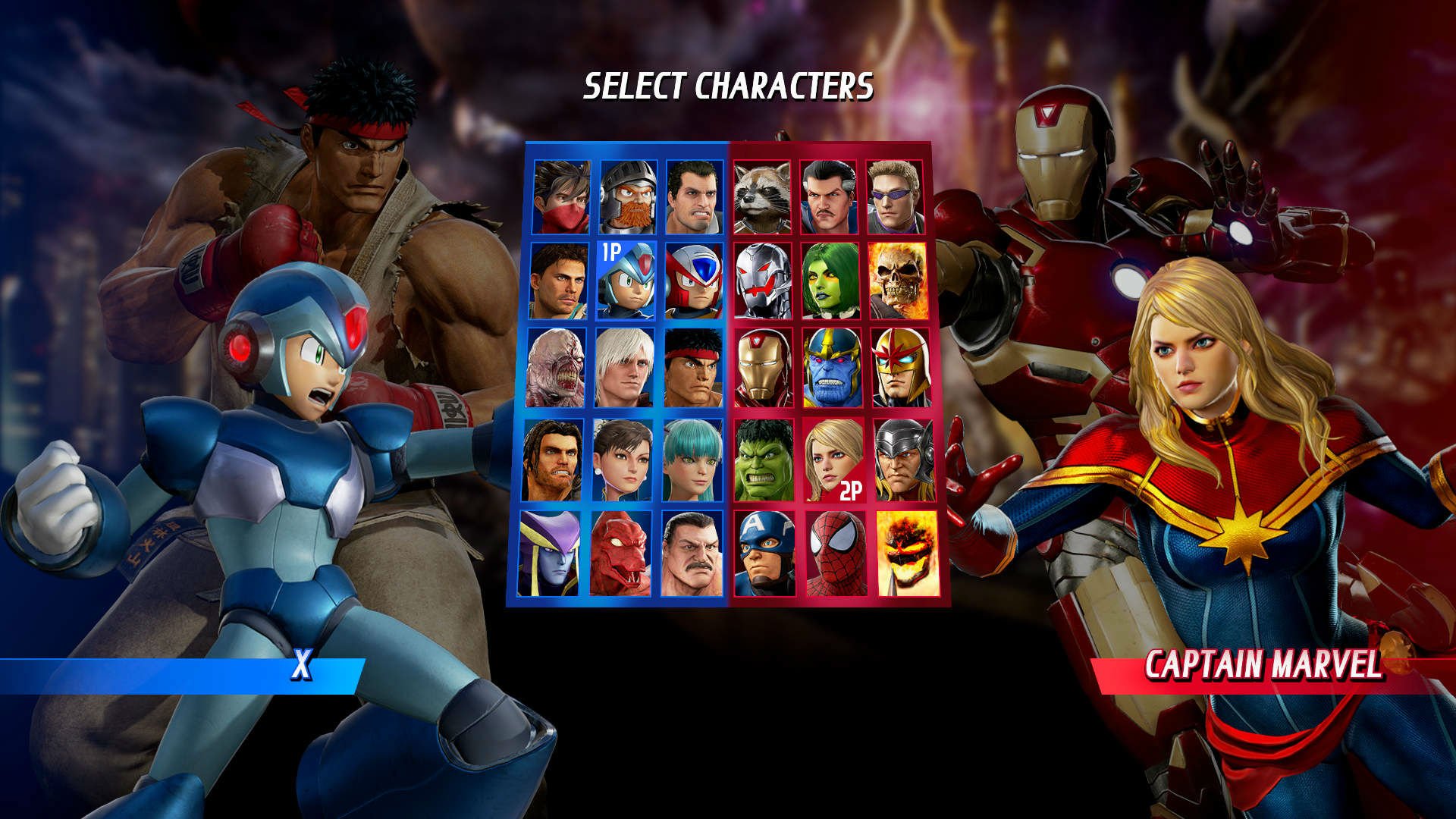 Nick: It’s funny you bring up parallels to Street Fighter V‘s initial release, because it’s at a much better place now than it was then. Missing features began cropping up, DLC characters added more variety, etc., but SFV never quite recovered outside of the professional scene. It has its staunch defenders, but those who decided to ignore it based on its troubled launch never looked back. I’m hoping this isn’t the case here.

Infinite shares a lot of this same vibe. It may have a story mode and standard arcade, but the little personality touches casual onlookers have come to know from the series may find this lacking. To nitpick, there isn’t an intro (not even a collection of gameplay clips) nor is there a reward for completing Arcade mode beyond a simple “Congratulations” screen. Like it or not, aesthetics play a huge role in whether or not someone plays a game, let alone play it enough to dig into its mechanics. So I do believe it’s something we’ll be okay with given time (I’m personally already adjusting to it), but it’s going to have to work in order to have lasting power. Infinite‘s roster is also meant for a wide appeal.

Will the focus on the Marvel Cinematic Universe draw the attention Capcom wants?

Chris: Good call on the intro, that’s not even something I thought of the fourth or fifth time I loaded it up. Marvel vs. Capcom: Infinite is the Soylent of video games, confirmed!

You nailed it when it comes to presentation. Positive affirmation and the like can go a long way, which is why they noodled around with auto-combos. But look at a competitor like Dragon Ball FighterZ — Arc tried to incorporate those same ideas but the game looks amazing as hell. You can have both! And with a marquee series like MvC you really need to.

As for the MCU, I uh, don’t know if people will care. Iron Man was cool years ago when I acquired my first target with Proton Cannon, not because he cracks wise in the story mode many folks won’t even play. I also found it really odd Rocket’s character selection portrait heavily plays up the fact that Groot, a cloying MCU posterboy, is involved in his kit when he really isn’t. I kind of just wish they went all out and gave us more daring roster additions like….dare I say, Daredevil, or Jessica Jones. Gamora was a step in the right direction but it’s not enough. Imagine years from now saying “I can’t wait to see Justin Wong’s Daredevil!” Maybe that’ll still happen with a character like Black Panther? 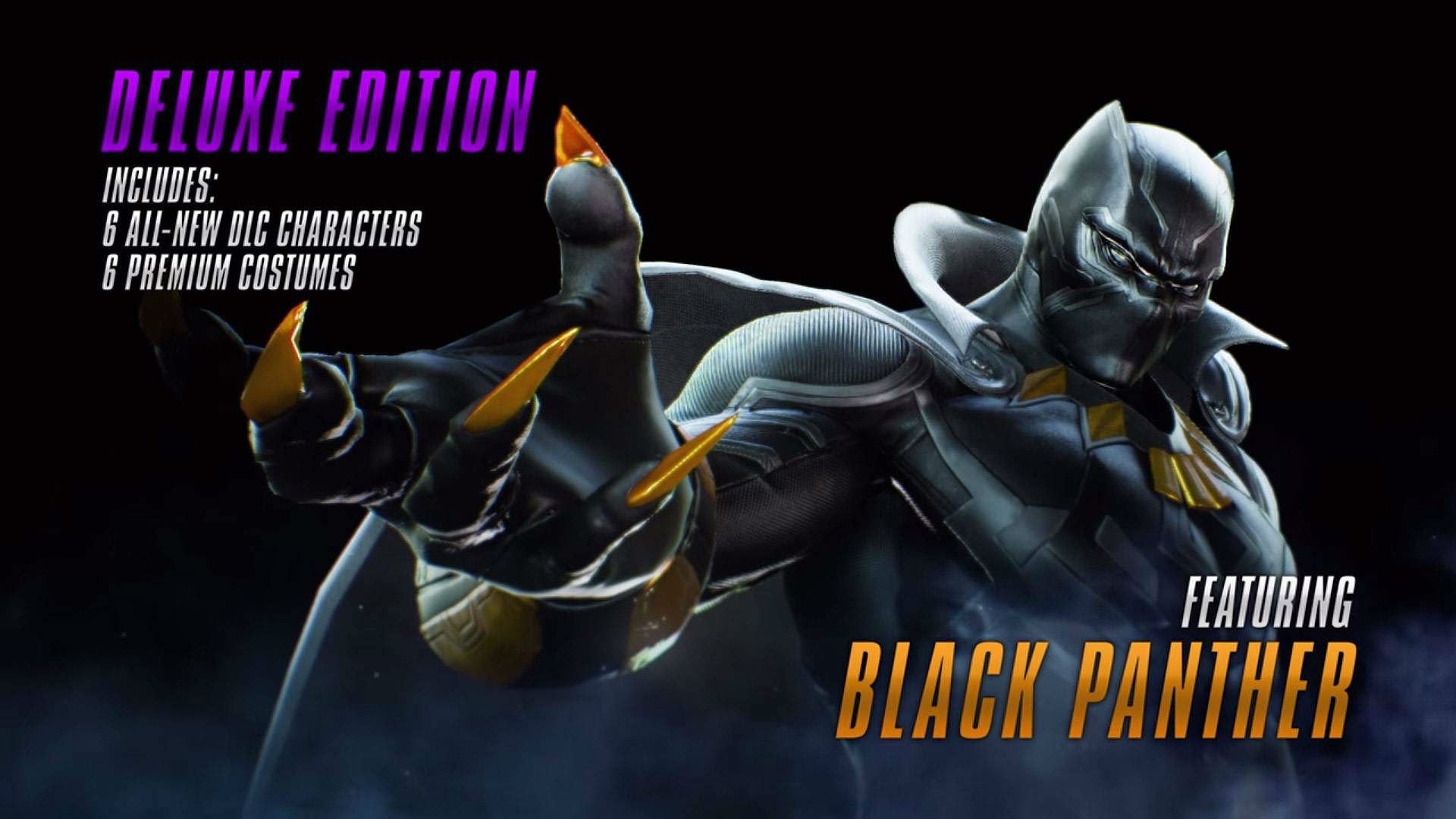 Nick: Back when the first couple of roster leaks revealed a heavier focus on the MCU, I thought a character like Black Panther could become a new central figure overall. But admittedly holding him (and the majority of the new additions) back as DLC will definitely limit the audience.

Professional players will buy them regardless, but I don’t know if I’m ready to read “Can’t wait for Ultimate Marvel vs. Capcom: Infinite” a billion times. Infinite is a full title that doesn’t feel like anything necessary was stripped away, but it does feel like I have to pay extra to get crazier stuff that I’m more interested in. What do you think?

Chris: Yeah it’s weird to see fighters come to this. Versus games used to have wacky experimental stuff from the start, and were packed with characters. I played Marvel vs. Capcom 2 for 24 hours straight when I picked it up on the Dreamcast just because I wanted to see who I unlocked next! Now Capcom just tells me who I need to pay for weeks in advance. They’re not the only ones guilty of this, as Arc System Works has leaned heavily into the DLC angle too. It’s always strange to see a DLC character enter the meta, prompting everyone to buy them.

In this case, I can’t be too mad. I think Infinite is complete when it comes to content. But like you said, billions will disagree! 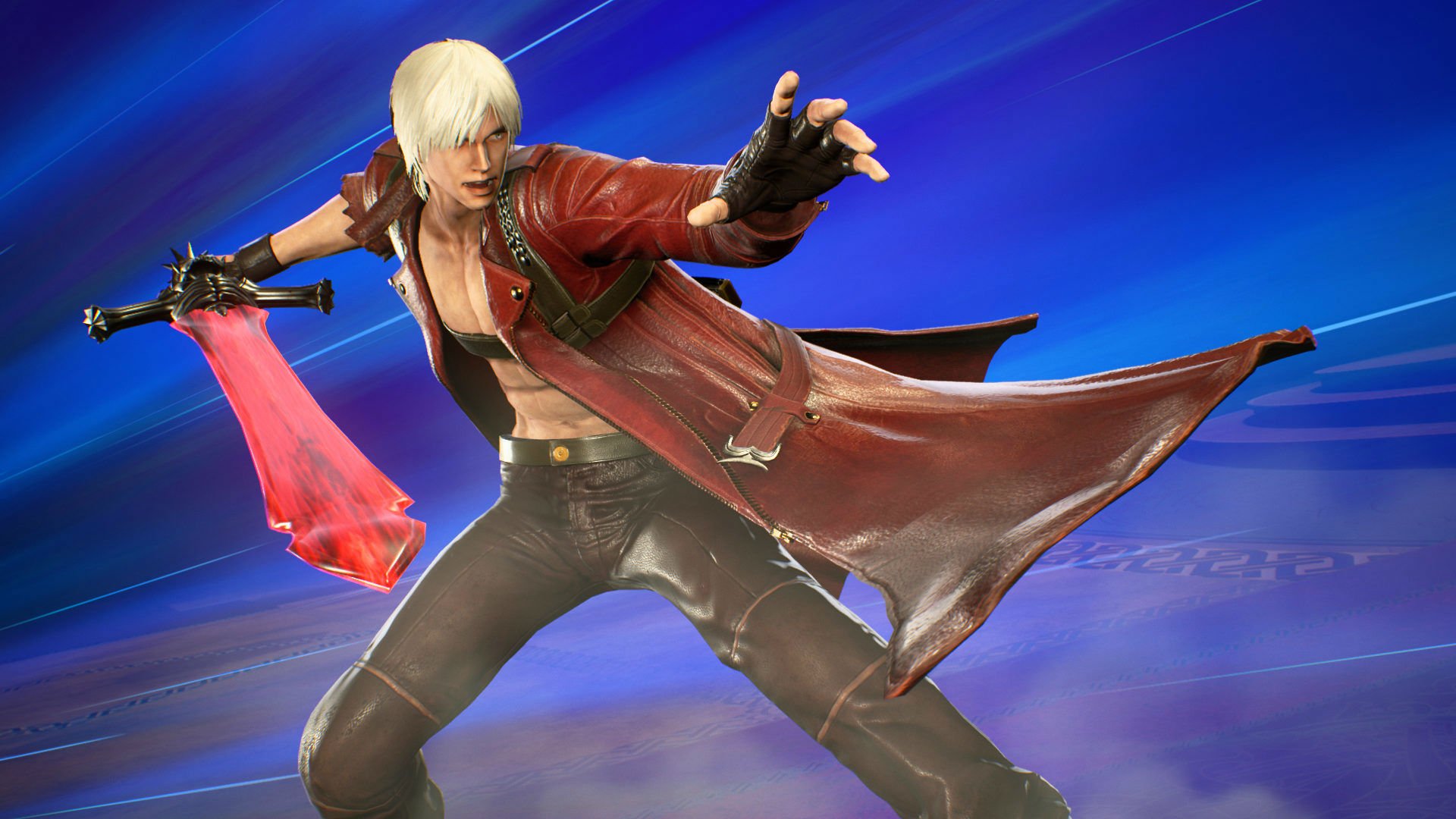 Nick: As much as I want a little more flair, I can’t knock Infinite‘s launch package too much. It does feel like a full release that’ll please passersby for a weekend with enough depth to its mechanics to please professional players, but this is another title in a line of Capcom’s laser-focused tournament marketing.

Because it also begs the question of how exploitative this model can potentially be, right? Are companies like Capcom, NetherRealm, and the like, focused on initial sales anymore? Or is this new model of using a base game as a platform to layer transactions onto those dedicated players, and those whose careers rely on practicing against every possible outcome, the better business model?

I guess I’ve just been going back and forth on Infinite because it’s the first, and most prominent, of a very vibrant series to emphasize functionality over personality. So my final question to you, Chris, is whether or not you see mostly catering to the professional scene as the right decision. I know it’s much too early to ask, but do you see Marvel vs. Capcom: Infinite‘s potential being as “infinite” as its namesake?

Chris: Capcom goes back and forth too. The whole “one SKU, always’” sorta bombed and potentially died with Street Fighter V. Hell, we’ve seen more rumors of a “Super Street Fighter V” than we can shake collective sticks at, but they’re kind of bent over a barrel there and will likely offer that as a free update.

Either way, you’re not the only one going back and forth. Fighting games are ever-evolving, and publishers constantly seesaw between whether or not they want to placate the casual or competitive crowd first.

As for what’s right? I feel like it depends on the series. For something that has a wide appeal like Versus, Dragon Ball, or even Street Fighter, catering to everyone but fine-tuning for the pro scene is a great idea. But for other niche titles like Guilty Gear, I hope they keep them as complex as they’ve always been. Infinite seems to be going down that road, but I wonder if it’ll fizzle out after the first season pass salvo quiets down.

You’ve read our thoughts, now let’s hear yours! Does Marvel vs. Capcom: Infinite focus too much on professional players? Is the eSports push the right direction for a series like this? Did you even notice any of this?