When Overwatch‘s cast of heroes gets expanded past 21, it’s likely that it’ll be the right-most (and smallest) group on the character selection screenthat has first dibs. That is if Blizzard’s newest teaser is getting at what it seems like it’s getting at.

In a tweet this afternoon, Blizzard “leaked” confidential intel about a prototype biotic rifle, which can be seen below. Essentially, it seems as if whatever’s next for Overwatchwill include a sniper that can also heal. A conversation between Torbjorn and Mercy elaborates on that a bit.

Small nods in Overwatchhave hinted that this hero will probably be a sniper by the name of Sombra (spanish for “shadow”). A newspaper on the map Route 66 has a headline that reads “¿Quién es Sombra?” Reaper has a voice line that asks about her whereabouts. There’s a file with her name on it sitting next to a file for Soldier 76. Stuff like that.

We don’t know how long it’ll be until the wielder of this medicating sniper rifle is announced. Maybe not much longer considering that Blizzard’s comfortable enough to really tease it. If it’s who we think it is, look for a post titled “¡Es Sombra!” in the near future. 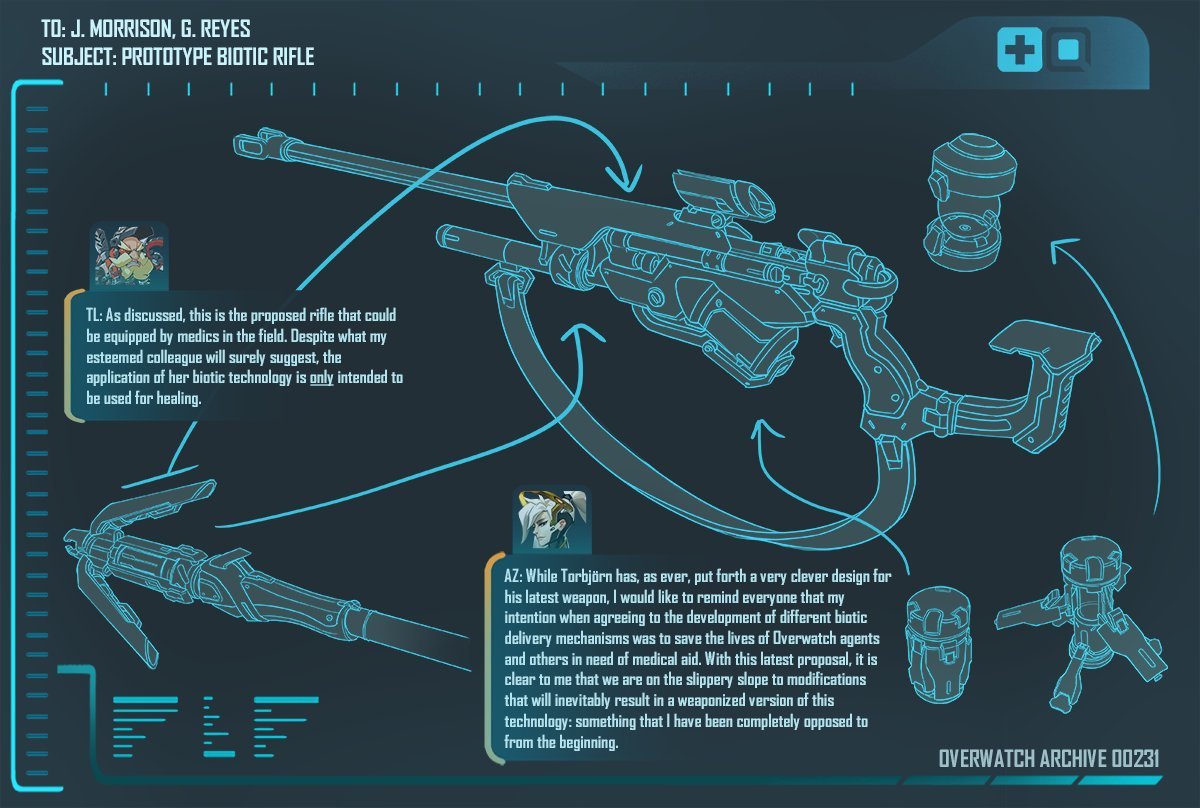