Take it from someone who got back into it

“I played Magic in the ’90s and am just now getting back into it” is a phrase I’ve heard a lot as I’ve flocked back to my local hobby stores to re-embrace the game.

Flash back to elementary school. One year at a local summer camp hosted by my county, I met someone who played Magic: The Gatheringand had no one to play it with. His solution? To donate half of his 2000 card collection to me so we could play it for three months straight (thanks Evan!).

We made plans to play it again the next year but as it turned out, Evan moved away, and with him, my ability to play the game with anyone locally. I quit for nearly 20 years and only just recently, thanks to a crash-course from two colleagues of mine at a recent junket, I once again had friends to play with and managed to put together 10 standard decks.

Here’s what I learned along the way. 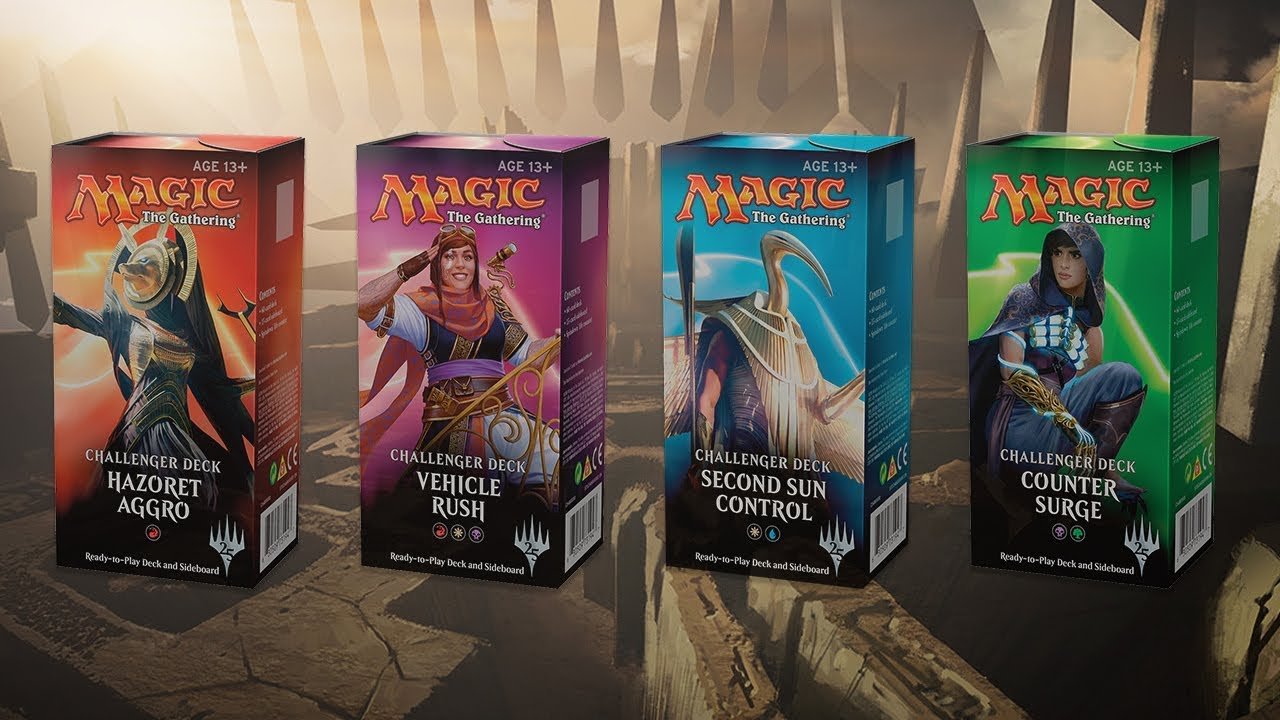 In early April, Wizards of the Coast, the now owned by Hasbro publisher of Magic, unleashedfour challenger decks into the world. Think of them like an LCG — instead of cracking booster packs in the hope that you’ll pull something good, you get a preset deck of 60 main cards and a 15 card sideboard (Magicis competitively played in a best of three format, and you can swap your sideboard in between rounds).

All of them are based on popular and winning archetypes, and though a few are more viable than others, they’re perfect for bringing into a Friday Night Magic game (the event that’s probably the most casual way to get into Magicat local stores) and testing out. As someone who doesn’t like opening packs or buying a ton of singles, they appealed to me and with a few small alterations, I made them all even better.

Note:Just know that most of the cards used in these four decks are rotating out of standard (more on that term in a moment) come September. If your aim is to play Magiccompetitively long term, you’re better off brewing or netdecking (building off someone else’s deck) cards that are from the Ixalan block or later rather than investing whole hog into the challenger decks. If you want to play plenty of kitchen table or Friday Night Magic games before that point though, again, these decks are competitive. 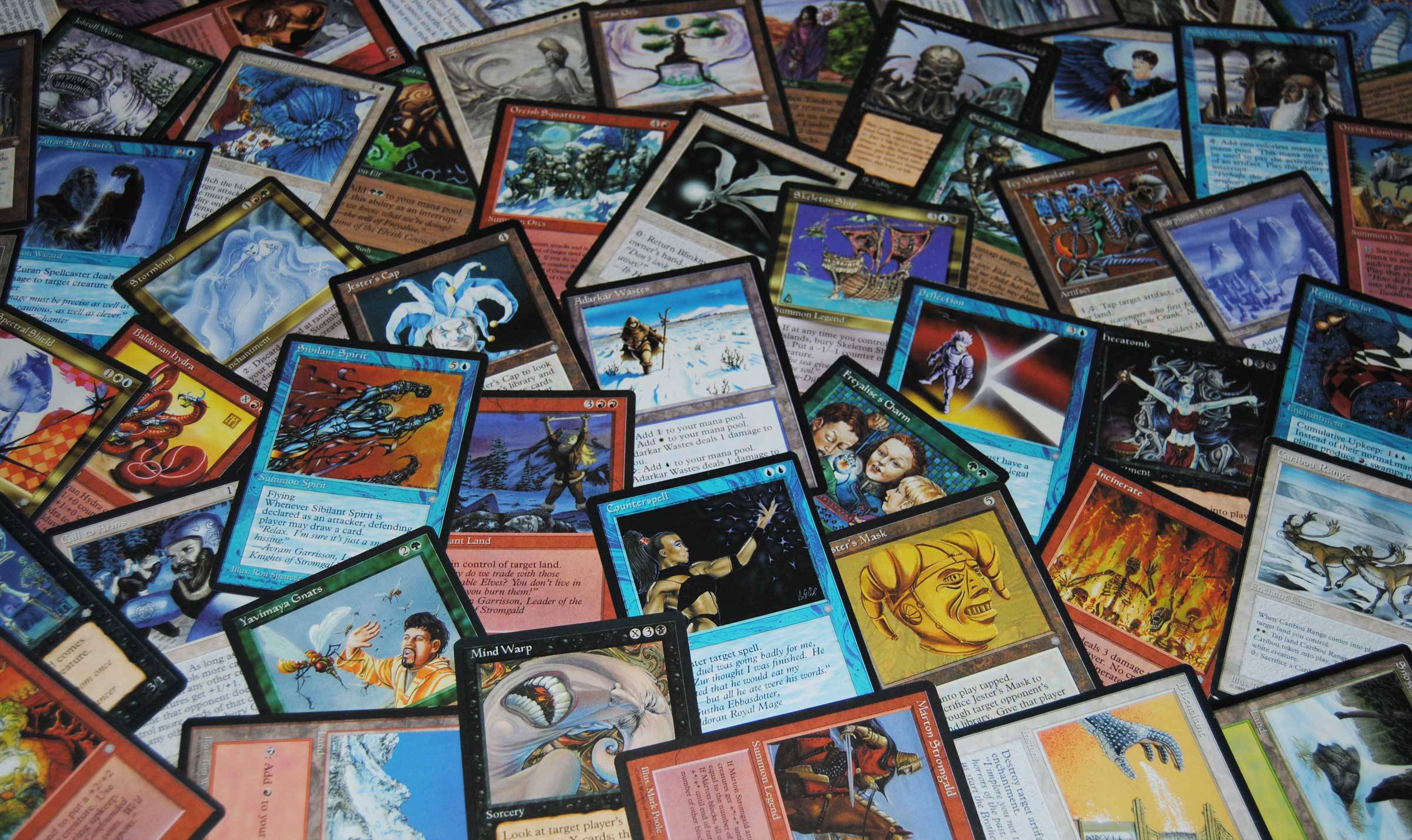 Paper magic is in a good place right now

Although there have been issues with the way Wizards has handled blocks (read: waves of cards that cycle in and out of standard, the most competitive form of Magic), Dominaria has swept a lot of that feeling away.

Dominaria is the latest set that debuted in late April, and it’sMagic‘s most successful launch in many years (which many local stores I’ve visited have backed up). When coupled with the challenger decks, it brews a recipe of happy veterans and newcomers. It’s been just long enough since Wizards has revisited the plane of Dominaria, and the card designs, both in terms of art and mechanics, have been positively received. 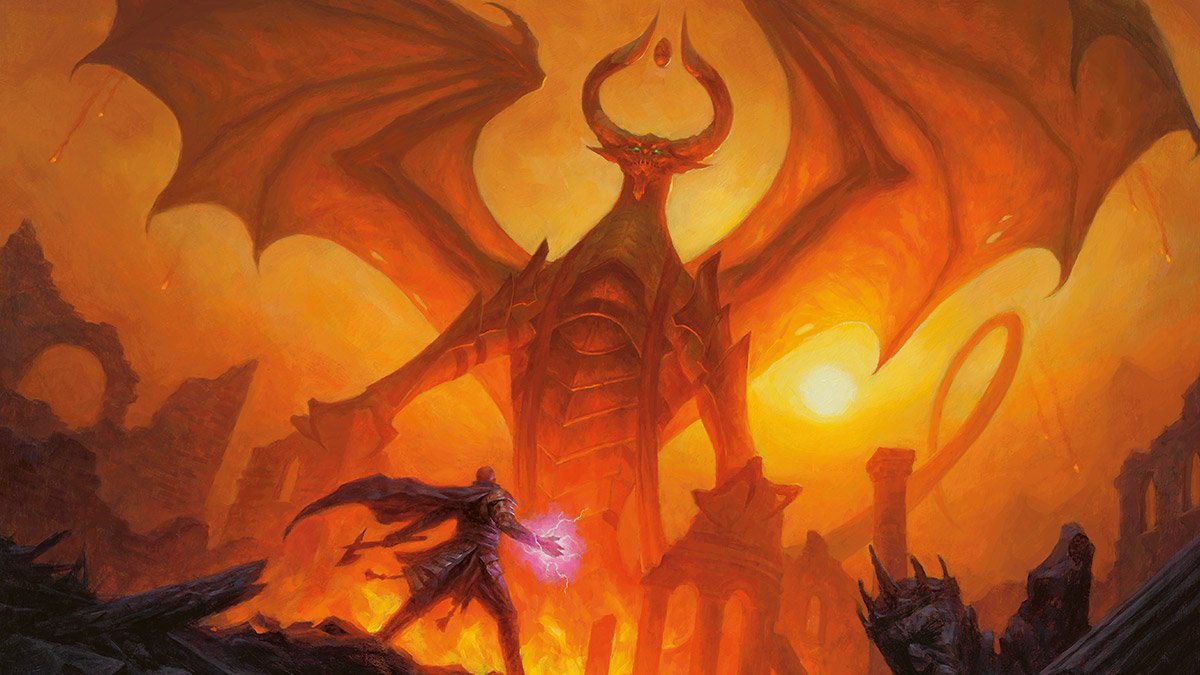 There’s plenty of alternate ways to play at this point

At the crux of Magic‘s top level play is standard. Right nowstandard uses cards from Kaladesh, Aether Revolt, Amonkhet, Hour of Devastation, the 2017 Welcome Deck, Ixalan, Rivals of Ixalan, and Dominaria. In July, the Core 2019 set will drop, and the Ravnica set is going to arrive later this year. Come September the former five will be dropped out of standard rotation, meaning they can’t be played competitively.

That doesn’t mean that your cards are useless though, as there’s a growing list of new modes popping up in both an official and grassroots capacity. Modern, which uses cards back to 2003, and legacy, which incorporates basically every card ever made, are played at many stores. Commander, which involves decks with specific hero-like champions, is catching on and is now an officially supported gametype. There’s also pauper, which is being picked many local gaming stores that only allows the use of common cards. Like its namesake implies it’s the cheapest playstyle to get into.

Wizards is also gearing up for the launch ofBattlebond, a form ofTwo-Headed Giant, also known as 2v2. Many cards are themed to the tune of team play, and even include matching cards that play off one another.

I had the chance tot est out Battlebond by way of a box from Wizards (here’s your disclaimer), and really enjoyed getting acclimated to the team aspect. The idea of team drafting (when you open up fresh packs and select cards to use from them) was fun, especially with a friend, and although I did have some experience with triple-threat matches I’ve never played Magic as part of a team.

Team-based effects and cards greatly impact the way you think, and the wacky almost Overwatch-esque art style (there’s even a nearly-nod with a card called “Play of the Game”) fits nicely and differentiates Battlebond from the rest of the family. The assist mechanic of paying for someone else’s spell with your own mana pool is probably my favorite aspect of it.Support (beef up your teammates creatures) and Friend or Foe (help someone with an effect and screw someone else over with another effect) also slot in nicely.

Again, it makes you think of completely different approach and swapping back and forth between 1v1 and 2v2 helps curb the fatigue of four plus hour sessions. 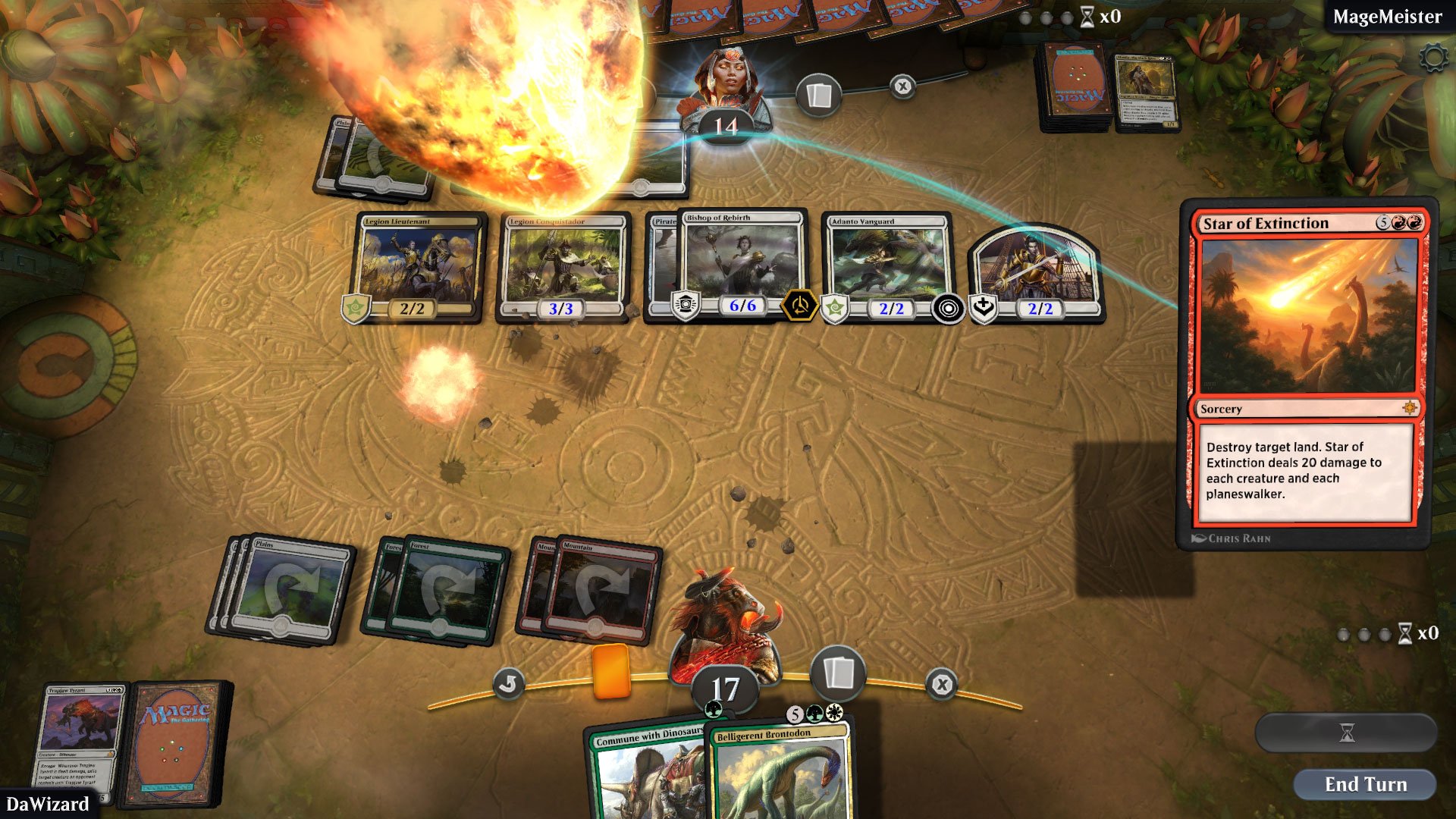 Arena is a thing, and it’s more polished than Wizards’ previous digital efforts

Finally, there’s Arena, which is currently in private beta. When my friends don’t have time to espouse the good word of the new meta of paper Magic, I learn from playing Arenaand picking up nuances of different matchups.

There’s work that needs to be done with its economy (prices are a little high, specifically for draft), but it’s in a really good place right now. It’s crazy to see how many different effects impact one another, and how much effort the team went into to design unique animations for legendary creatures and some of the more powerful spells. Sagas, Dominaria‘s new mechanics that allow for a story to play out over three turns with varying effects, look wonderful in the digital format.

Speaking of Dominaria, it debuted day and date in Arenawith the physical edition, which is probably my favorite aspect of Arena. While I’m not sure I’m going to be injecting cash into both Arenaand physical Magiclong term, I like the idea of going in and testing out archetypes, or battling them whenever I feel like it and not having to worry about lagging behind in the meta.

This is just my experience, maybe you have a worse one you’d like to share. Either way, getting back into the game has been a blast thanks to the strength of Dominariaand the challenger decks.