The celebrated fighting game tournament began earlier today in Las Vegas, and I’ve been struggling all morning to tear myself away from watching Smash Bros. on the main stream. Let’s get right to it. 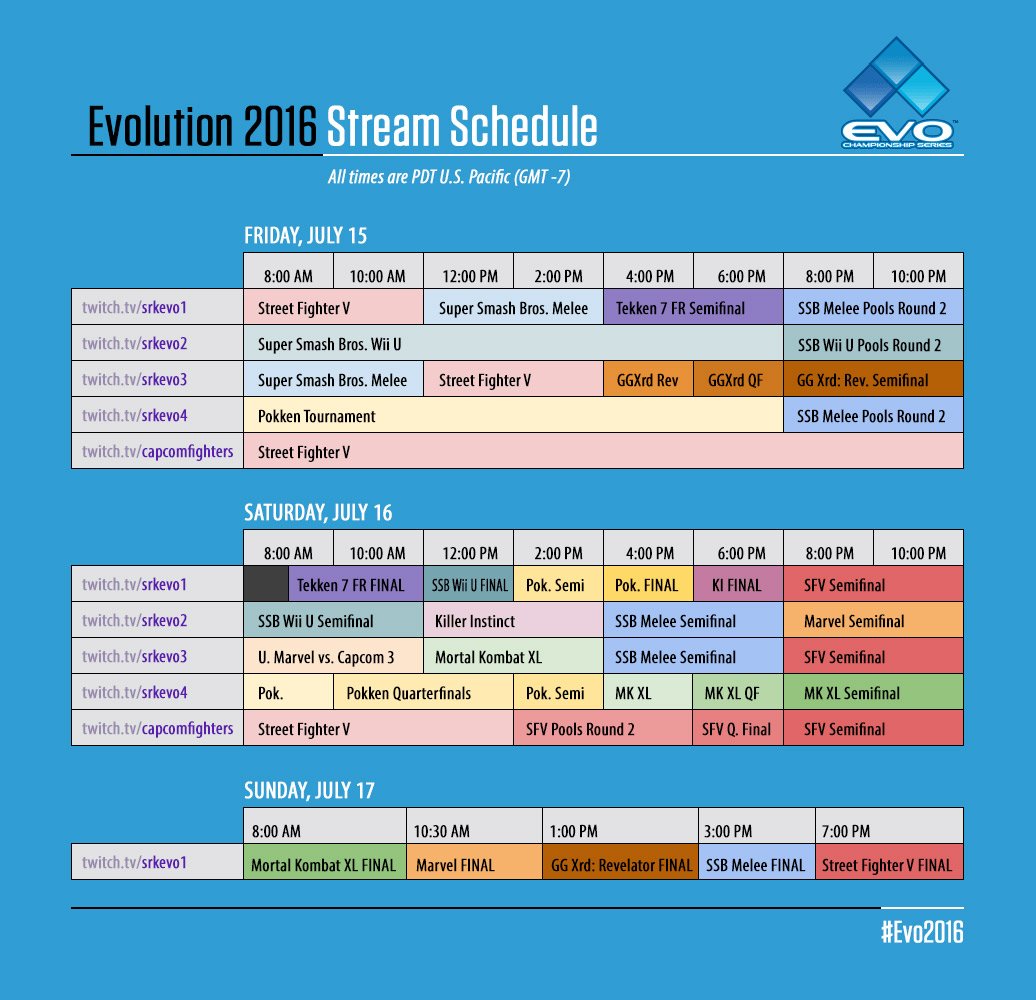 (You can also find a game-specific breakdown right here.)

Even if you aren’t all that into playing these games whether it’s for lack of skill or interest or whatever, believe me, at an event like this, they’re frequently a treat to watch. If you’re pressed for time this weekend, try to at least catch the finals on Sunday. Street Fighter V is even going to air on ESPN2!