Along with a surprise debut

With its upcoming release just over two months away, Bandai Namco has released a second trailer for Super Robot Wars T. Showing off footage of previously confirmed and new characters, the trailer also confirms the systems returning in this entry. To the surprise of many, a licensed game has managed to make it into the roster as well.

You can catch the trailer in all of its hot-bloodedness below.

The major new mechanic of Super Robot Wars T is the “supporter” feature, seen above at roughly the 07:37 mark. The concept is that it allows temporary buffs for your units during battle. However, said buffs are essentially tied to characters that aren’t normally playable, such as Wendy from Gun X Sword. While it’s not confirmed, obtaining more supporters will likely be tied to story progression and any secrets unlocked in-game.

New original characters have also been revealed, along with their mecha. The male character is Tokitou Saizou, while the female one is Sakurai Sagiri. Both are regular “salarymen” at the VTX Union’s Special Operations Third Division, although Sakurai is Takitou’s supervisor. Whoever the player choices will be piloting Tiranado, co-piloted by Ramie Amasaki. Press materials describe Amasaki as the heroine of the story. Whichever character the player does not select will then be delegated to the previously revealed Gespenst.

There are two points to be considered. The first is for those considering a Super Robot Wars game specifically due to the inclusion of series like Cowboy Bebop and G Gundam. These preview videos don’t reveal every single character from a series. While the absence of someone like Master Asia from G Gundam in the trailers can be worrying, there’s still a strong chance that they’re in the game. For instance, Char and the Nightingale are not in either trailer, but were previously confirmed in interviews.

That being said, if you don’t know if you can enjoy a game like this without “x” character present, then your best bet is to wait. Let Super Robot Wars T launch, let the community finish the story and figure out its secrets, then you can ask people like myself all about it. I’ll gladly tell you, because I only want for you to have a good time and to enjoy the franchise like I do.

The second item of note has to do with the big surprise, Shin Getter Dragon, as seen below. 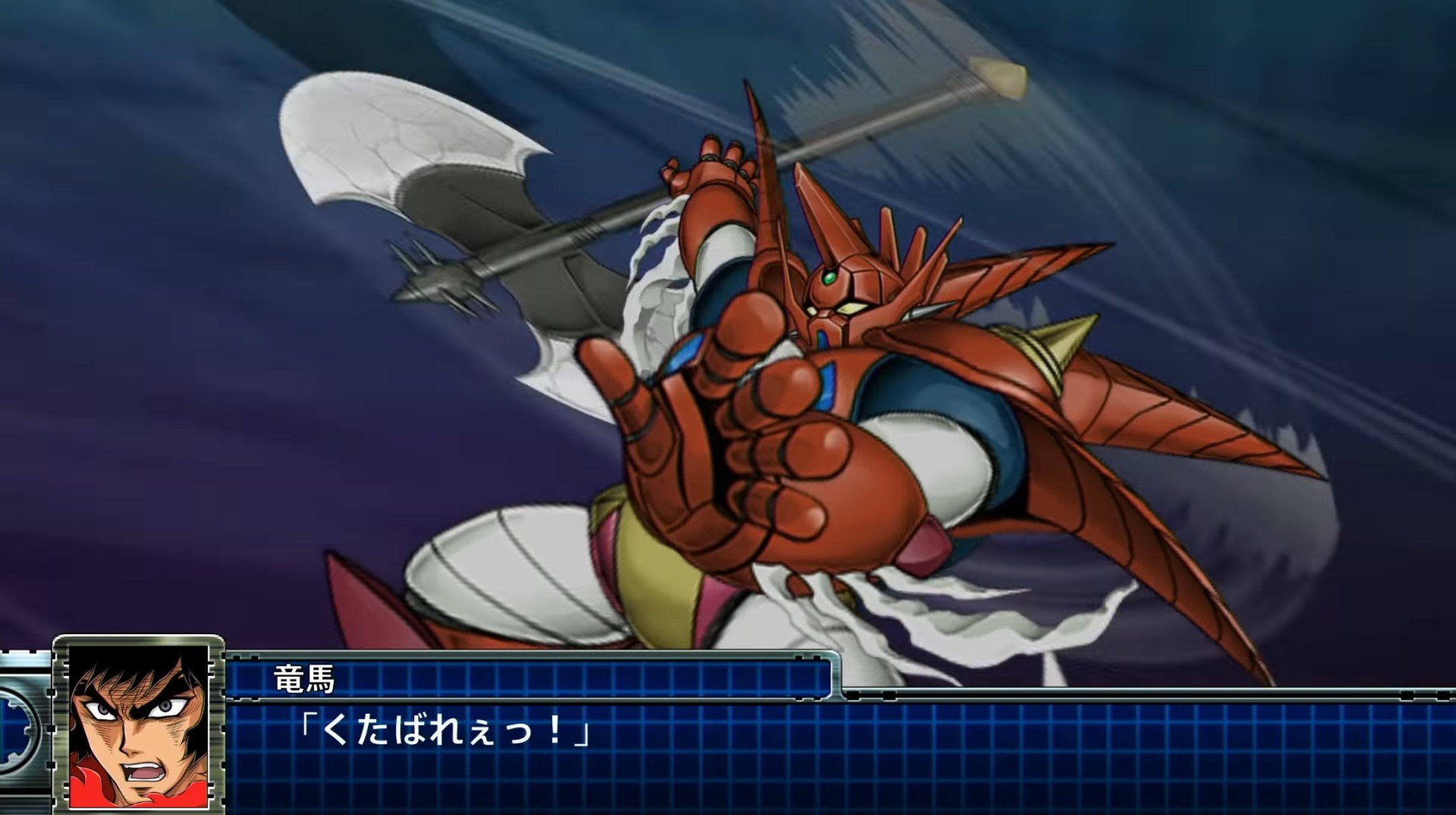 When Getter Robo Daikessen!, a game on the original PlayStation, appeared on the song list for the premium song edition, some suspected that something fishy was up. As it turns out, that “something” was Shin Getter Dragon, a mech not seen in Getter Robo Armageddon, which serves as a battery for Getter Emperor in that game.

While the latter may not happen here, as playable Emperor has been a white whale for decades now, what details we are able to glimpse from the trailer indicate that Armageddon will likely be starting from the beginning of its plot for the first time in seven years. Combined with the new machine, it could lead to a fresh take for the franchise that’s strongly needed.

Super Robot Wars T comes out on March 20 in Japan and Asia.