Don’t bring a lemon to a date with Marina

The results are in from Japan’s latest Splatfest, which saw weekend warriors fight it out on Splatoon 2 to decide whether fried food (or “Karaage”) works best with or without lemon.

When all was said and done, Marina’s “Team No-Lemon” won both single and team play, with a couldn’t-be-narrower 51% of the score. Interestingly, the public vote actually went in Pearl’s favour, with Team Lemon taking 54% of the vote. In all cases it was a very close affair, but this one goes to our deck-spinning, tentacled friend.

With such close results, clearly Splatoon’s lemon question was one of the most divisive yet. America will be next to wage war in the arena shooter, with Sci-Fi vs Fantasy kicking off this Friday, November 17 at 21:00 PT. 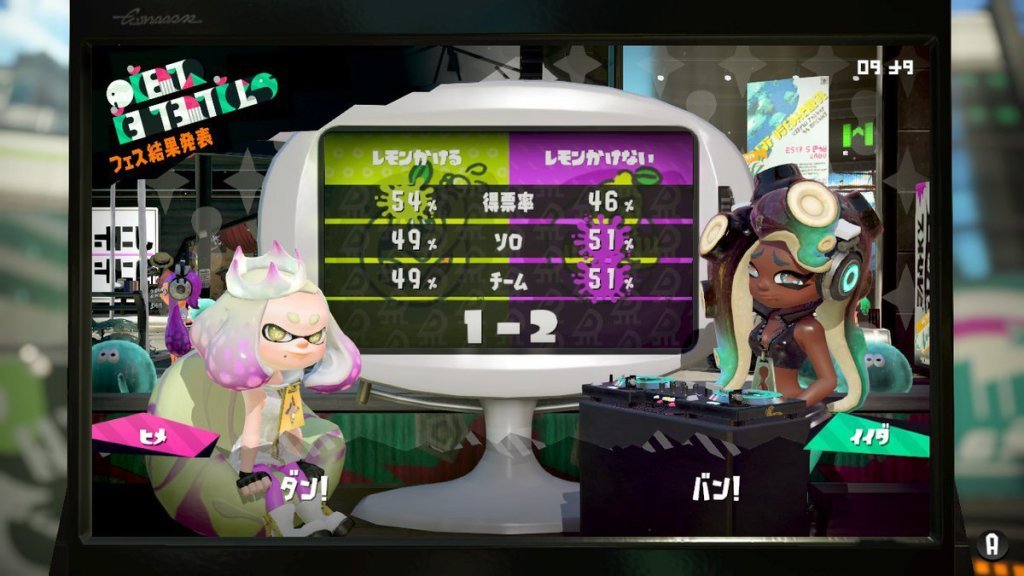