A lot of you will find yourselves with some free time over the next few days as work, school, and other responsibilities slow until 2017. You’ll probably turn to video games to kill the lull, certainly your default response by now. Maybe you’ll make some headway on that backlog you’re always talking about. Maybe you’ll play something new that you just got as a gift.

Look at this bastard I started last night: 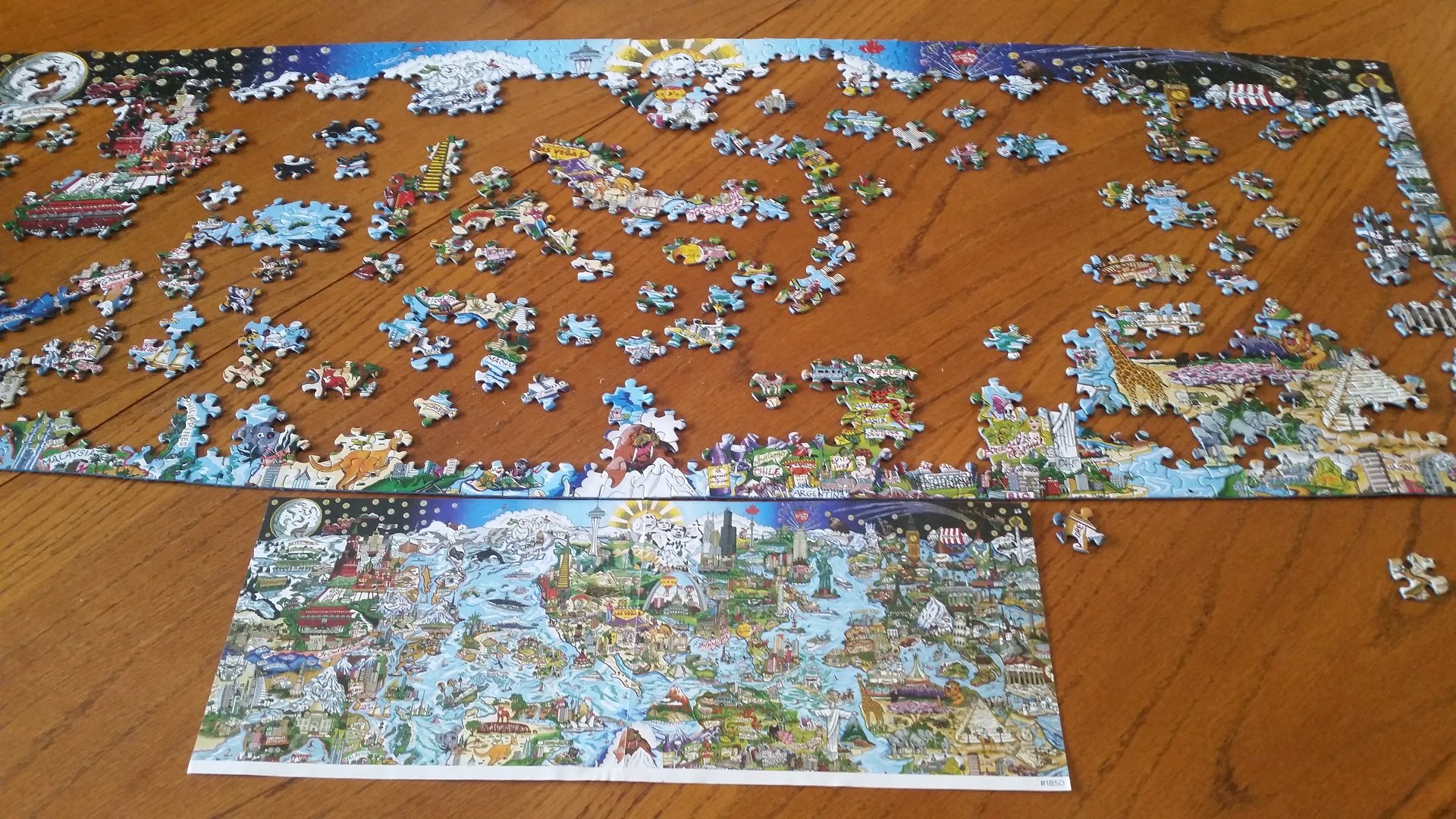 It’s some weirdly jingoistic view of the world where the United States is the biggest and sits at the top. I don’t even care because I’m going to crush this jigsaw puzzle. I stayed up hours later than I planned to, crazily thinking that maybe I could finish it in one go. (I couldn’t.)

If you need a video game analog — and you shouldn’t because jigsaw puzzles are dope on their own — I suppose they’re something like a role-playing game. At the beginning, you’re weak and the task ahead is monumental. Gradually, you get stronger and stronger but it’s still a challenge. By the end, you see it all coming together and it’s significantly easier. Nothing can stop you now.

An even further simplification is that it feels good to finish things, especially if if took some thinking and commitment. That goes for video games or jigsaw puzzles or a project at work. You get that rush of brain juice and you say “Hell yeah, I really can accomplish anything!”

But let’s not get out of control. You can’t accomplish anything. Life is hard and a lot of things are beyond our capabilities. Some people struggle with trigonometry. I hate shoveling snow. We can all do jigsaw puzzles though. So go do a jigsaw puzzle because they’re extremely good.