Despite being in Early Access, Killing Floor 2has been the multiplayer title I’ve returned to any time I get a chance. While everyone is alternating between kids and squids and skids and quids, I’ve been dissecting Zeds with double-barreled shotguns. Of course, with only four available perks (read: character classes) and four official maps, players with more time have already chewed through all available content.

Every other Friday, Tripwire Interactive has been putting up What We Are Up To posts where they describe current plans and tease new content. The mostrecent post mainly serves to let the Killing Floor community know that the developers are aware of problems that need to be addressed, such as teleporting Zeds, perk balance, Fleshpound/Scrake spawning sounds, and the much-maligned Clot grab. I’m excited to see how these changes manifest.

To end the post, Community Manager Yoshiro teases a new weapon: the Caulk N’Burn. It’s a caulking gun with two canisters ofEthyl Ether Anhydrous loaded up to created a sort of makeshift flamethrower. Looks like those speculating that Firebug will be the next perk to be released are on to something. 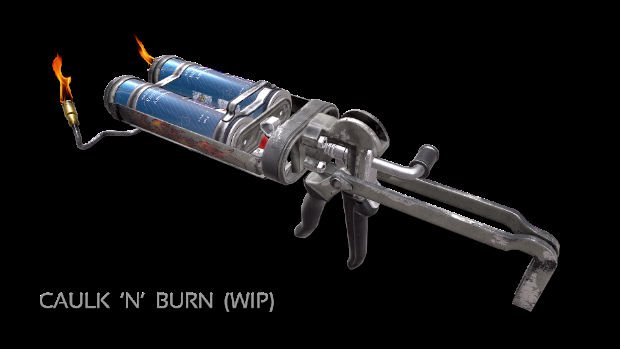