Before we start, I want to make it clear right out of the gate this post discusses various plot elements from Kingdom Hearts III.Specifically, the Disney arcs. Since a part of this involves inferring the relevance these have on later events, let’s add a generalspoiler warning just to be safe.

One of the most exciting things about a new Kingdom Hearts game is seeing how the new Disney worlds interact with our spiky-haired, anime protagonist. It’s a bizarre but fun contrast to see Disney characters roped up in shonen action, and it’s part of how this series has shaped my interests from “western cartoon junkie” to “anime game junkie.” While they largely remain filler, many of KHIII‘s worlds experiment with new scenarios that reflect the main plot’s themes and elements. As such, I found most of these crossovers to be a leg up from previous games!

To clarify which ones made the biggest strides forward and how they did so, I want to rank each of them. More specifically, by how they are integrated and adapted into Kingdom Hearts III as story beats and gameplay levels. 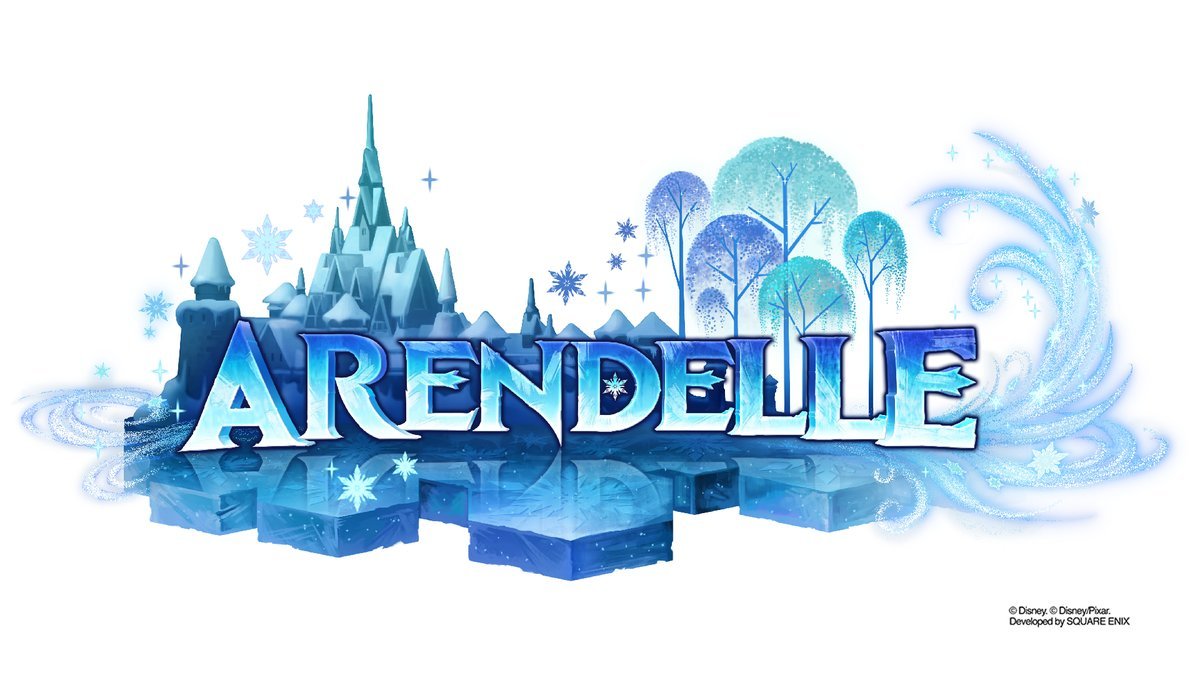 Unfortunately, this one is a contender for worst Kingdom Hearts world of all time. Not only does Arendelle amount to barely anything more than an abridged retelling of Frozen’s plot, but it’s also a bad retelling. Sora and company barely get to do anything with the cast other than introduce themselves and play hide-and-seek with Olaf. It’s quite frustrating to feel like you’re constantly in reach of Sora actually being a part of this world only for Larxene or the snow golem to repeatedly rob you of that opportunity.

The only interesting part of this world is when you recruit said snow golem into your party. And to be fair, it’s actually pretty cool to have a giant boss monster fight alongside you, I would have loved that bit if the rest of this world met my moderate expectations. But given how rarely Sora teams up with magic users from other worlds, I was looking forward to combatting alongside Elsa too. The fact she never joined me in battle is one of this world’s many missed opportunities. Sora never even learns anything about Hans before fighting his Heartless, not even his name or what he did to be avillain. The cutscenes here are a waste of time for everyone except people who really wanted to watchFrozen again, and even they don’t have much to enjoy here. 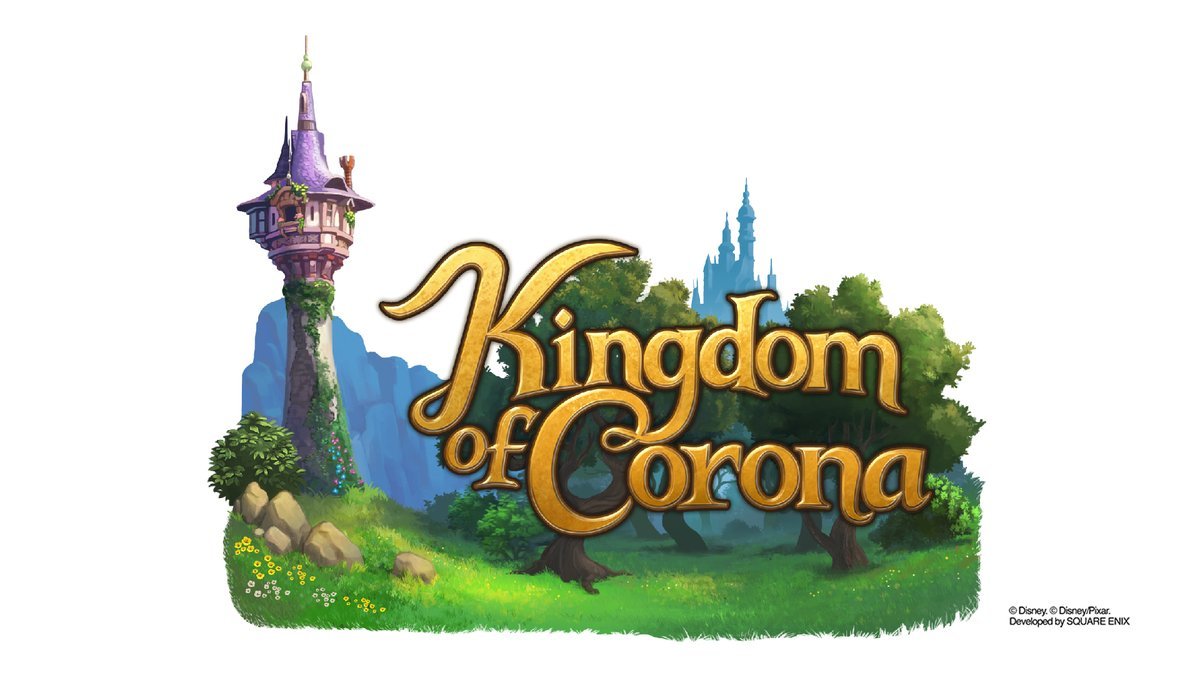 Much like Arendelle, Corona is a retelling of Tangled that doesn’t add anything to the main plot and is probably just here because Disney said so. But Corona is a big step up from Arendelle by virtue of the fact Sora and company actually spend time with the main characters and stay involved through…some of this retelling. There’s even a handful of optional micro-quests that help cement the party’s camaraderie, roping me further into the movie’s own arc. I can only assume Disney’s executive meddling prevented Square from taking creative liberty with these two worlds. But at least Corona better showcases the appeal of its source material, and as such, it becomes an entertaining romp of a filler episode. 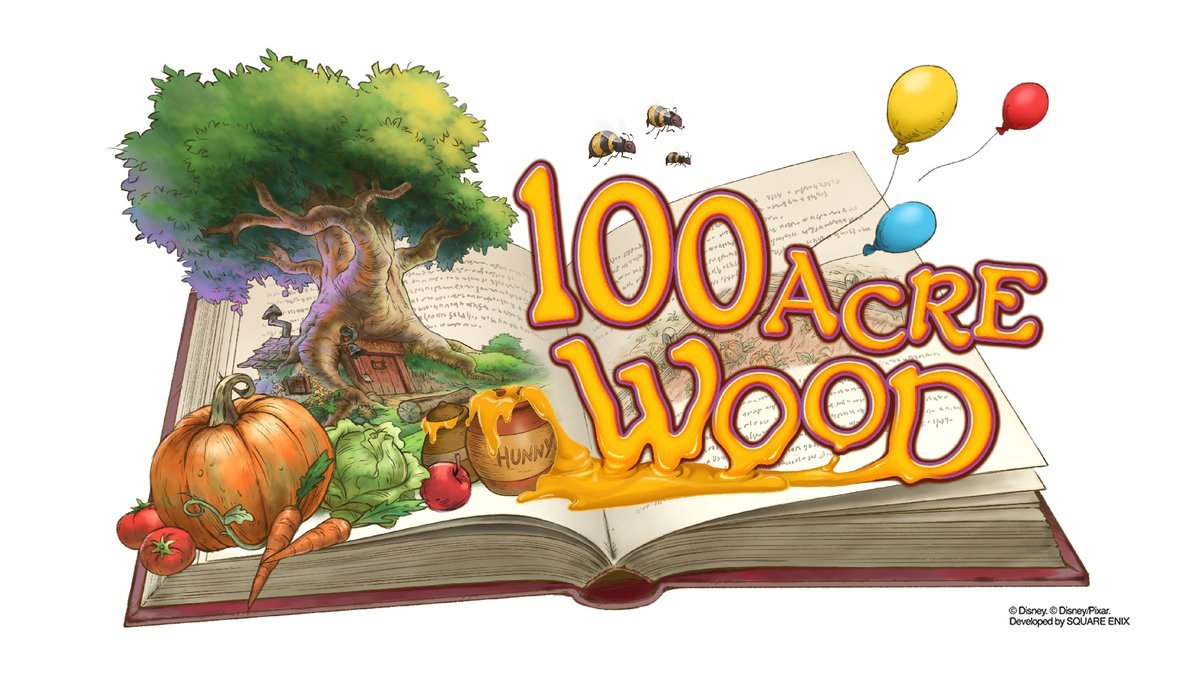 In a way, this incarnation of the 100 Acre Wood didn’t entice me as much as the previous ones. There’s only one minigame this time around, it’s an extremely short episode, and the plot is much less intriguing than previous shenanigans with Pooh. And yet, there are no low points either. It’s a simple but wholesome break from ludicrous anime nonsense with no strings attached. We just have a simple but honest story about how friendships can wear away over time and how they can be restored just as easily.Instead of gating itself behind episodic unlocks, Pooh’s cameo here is one self-contained sequence.

This minigame is extremely easy to pick up because it’s rooted in traditional Puzzle Bobble gameplay, and Puzzle Bobble ripoffs are so common you’re probably already familiar. But this game adds many more twists to that formula than those ripoffs, such as using your shot to replace multiple items instead of piling up one at a time. This is on top of the three rule variants that ask you to approach these mechanics in different ways. Most previous entries had one or two stinkers in their minigame collections, but this one is much more polished and deep than those, and I’m happy to revisit it now and again. 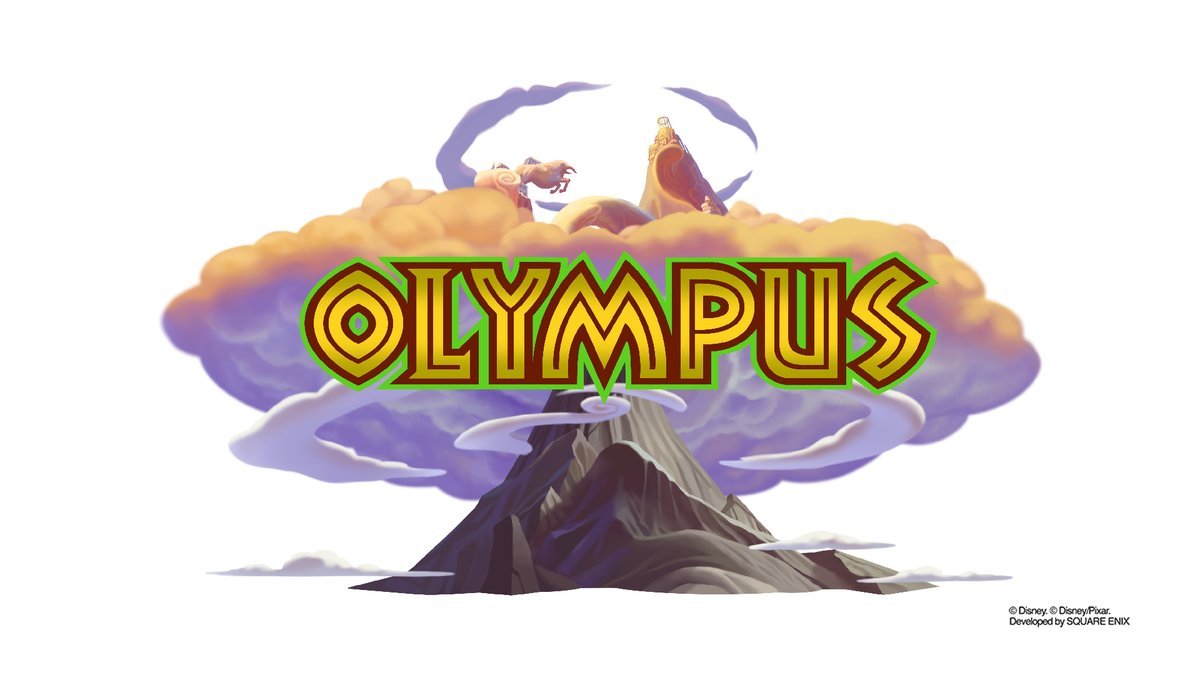 While this world only teaches Sora that EXP grinding in KH amounts to putting more of your heart into fighting, it’s a rational excuse to jump right into the action. The raid on Thebes is a spectacular introduction that flaunts the technology gap between this and previous games, especially contrasting the fiery destruction against the peaceful revisit. Hades’s Titans are more than extravagant enough foes to test Sora’s new verticality and flashy attacks against. This tutorial level doesn’t have much memorable writing beyond some delightful banter with Herc and Hades, but it’s an excellent introduction to what KHIII has above every other game in the series. 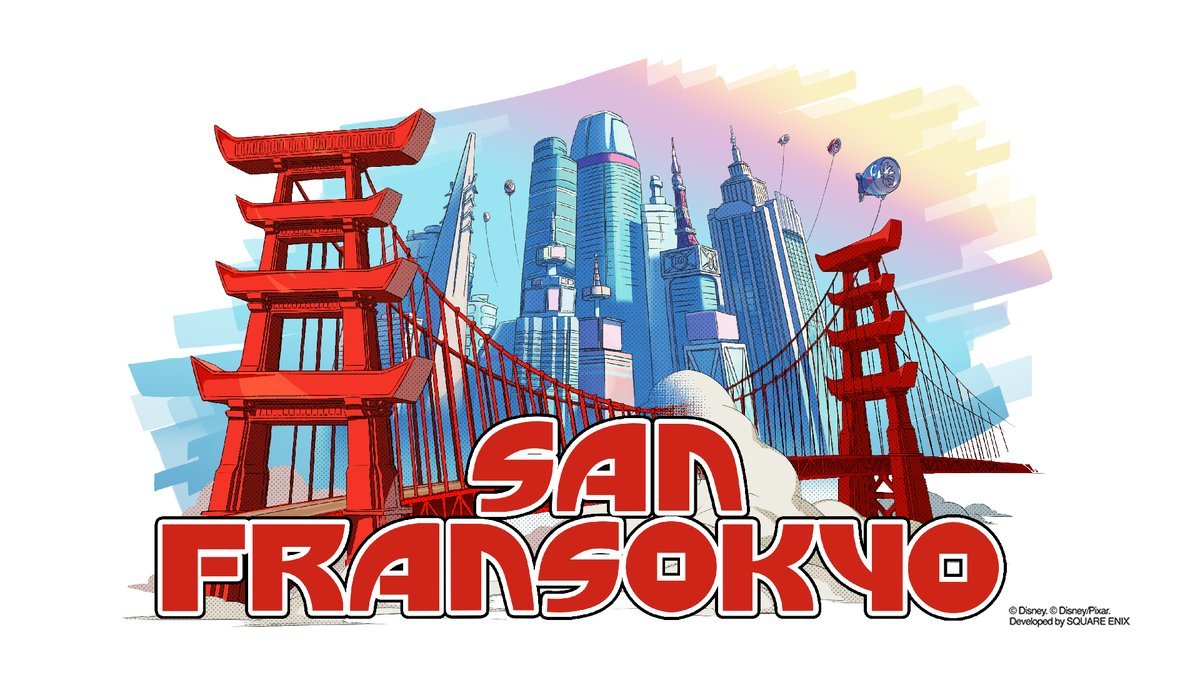 The wide open space of San Fransokyo shakes up the usual KH level design, but it remains easy to navigate. On the Organization plot side, it fits well to use the aftermath of a movie about a healthcare robot turned emotional support buddy to build upon Kingdom Hearts Re:Coded’s spiels on whether data can have a heart. While this motive doesn’t fully come to fruition later, it makes for a tense episode with higher self-contained stakes than most levels in the series. And there’s plenty of fun geeking out between the Big Hero 6 and Keyblade Hero 3 on top of Dark Riku’s cheesy sass from the first KH. 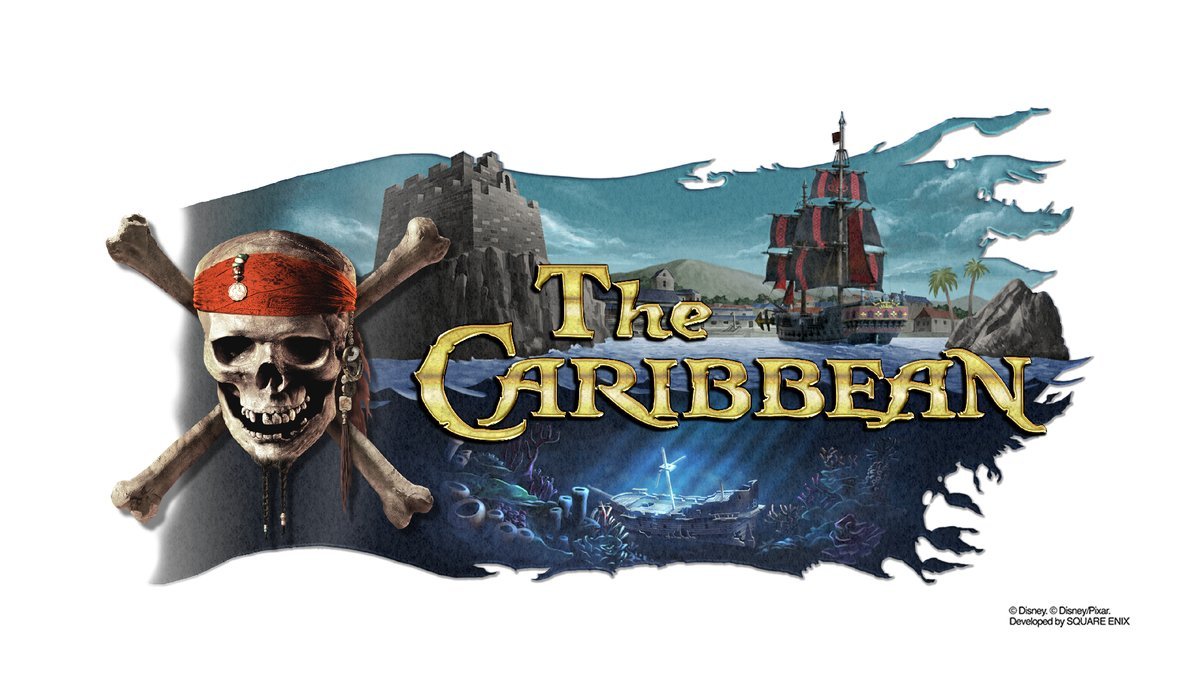 Yet another retelling of a Disney movie and its teasing of the black box doesn’t even get fully resolved in this game, but the Caribbean comes with two very interesting catches. Firstly, Sora and company get threaded along a fun side quest by Jack Sparrow himself… except he’s actually a clone made by Tia Dalma’s crabs? It’s a bizarre twist, but it raises a lot of intriguing questions about an already mysterious and mystical character. Second and more importantly, this world is built around a lot of unique gameplay mechanics.

Here Sora commandeers his own pirate ship, which controls tightly and intuitively despite feeling appropriately weighty too. It even gets special maneuvers to make naval warfare fast and over-the-top like the normal combat. Underwater combat like in KH1 returns, but now Sora can seamlessly transition from land to sea. His underwater controls are more fluid and fast than ever before, and his attacks and spells radically change to fit this wide 3D space. Both of these mechanics open up the possibilities of exploring the vast open sea, where treasure chests are usually grouped together in troves instead of scattered all over the beaten path. This makes exploration extremely rewarding, as it should be in a pirate-themed world.

While these radical control changes are overwhelming at first, I quickly adjusted to them and found them a thrilling change of pace. These gimmicks don’t overstay their welcome, but they’re refreshing to revisit again and again. More than any other world, the Caribbean’s gameplay goes above and beyond to make Sora live the pirate’s life for himself. 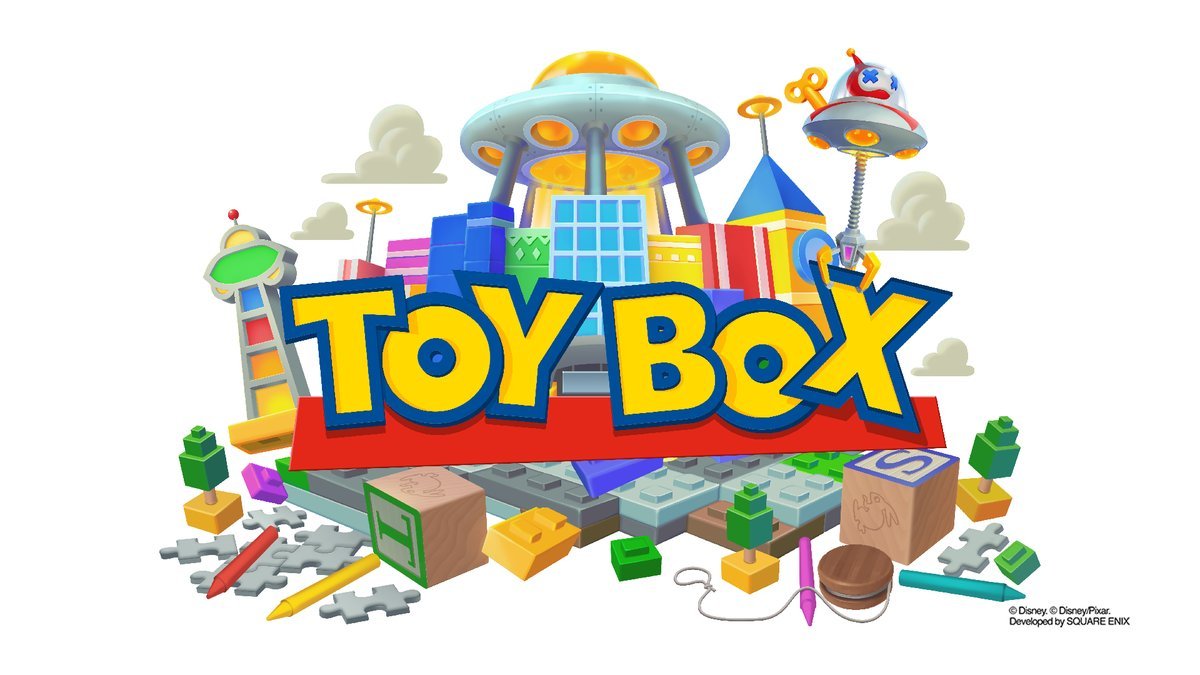 The Toy Box is a curiosity among KH levels in that it challenges our understanding of the original movie’s logic: Why are toys alive in this world, but only some of them? As the Organization plots to solve this question, we get some rare conflict and skepticism between Sora and his temporary party members. Yet it fits so well for the themes of testing friendships that drives so much of this franchise’s main story, and it’s one of the few worlds in this game that sets up overarching plot threads to be answered later. Topping it all off with a delightful set of playable mechs and Woody calling out Young Xehanort’s melodramatic speech makes this one of the most fun worlds in the franchise’s history.

As a fun aside, we also have confirmation that Square Enix is a real entity in the Toy Story universe. Does this mean that Rex has played Dissidia NT? Or NieR Automata? Or Kingdom Hearts 358/2 Days? 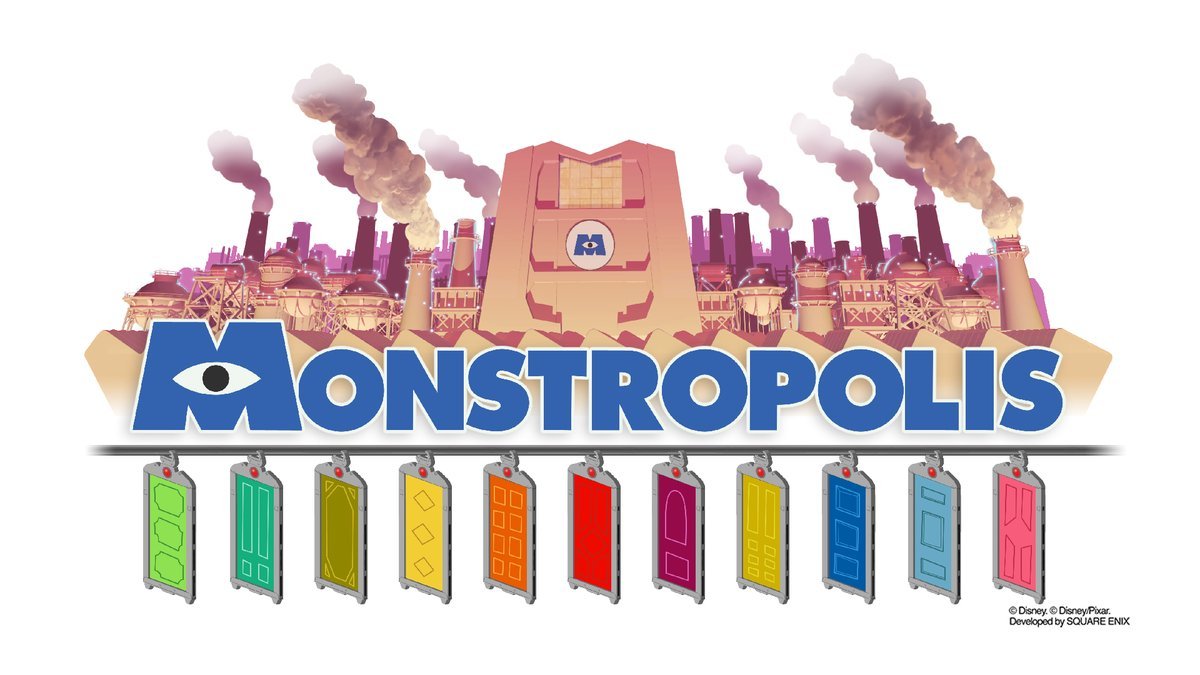 Quite frankly, all I needed to see from this one was an anime protagonist turned into a Monsters Inc. character with an adorable cat face and spiky hair-fins. The wide variety of obstacles and environmental interactions on your thrill ride through the factory helps too. But Monstropolis takes the cake for fitting a KH subplot as naturally as a glove. After all, this is a world that uses the screams/laughter of children as electricity. It makes so much sense that it would attract an enemy that literally thrives off of dark thoughts and emotions!

The ending of this world is somehow equal parts Pixar slapstick and Square Enixmelodrama, and it blends together into one of the most delightful and memorable scenes in the entirety of KHIII. It re-introduces the Ventus and Vanitas plot and moves it a bit forward without dawdling. Sully and Mike play a proactive role here instead just letting Sora and company deal with the cryptic anime antagonist themselves. This is the kind of Disney world climax I always wanted to see from these games.

One of Kingdom Hearts’ biggest strengths as a franchise is it’s such a bizarre crossover that it appeals to all sorts of audiences. By extension, those diverse audiences each look for something different out of its worlds.

That makes me really curious to see what people who view Kingdom Hearts through a different lens have to say. To everyone who finished KHIII, which were your favorite worlds and why?