That mascot for Kojima Productions is actually a person, not some sort of badass cyber-skeleton in a space suit, and he’s got a tagline: “I’ll keep coming.”

The phrase elicited a few different reactions from us. I laughed, because I’m easy like that. Brett ran it through an anagram machine and came back with “Lice Elk Moping” and “Compile Leg Ink.” Zack thought it could be a riff on Metal Gear Solid‘s “Kept you waiting, huh?” And Kyle — poor Kyle. He’s now just spouting out dialogue in which the line would make sense. I think it broke him.

Kojima Productions shared the image with GameSpot, adding that “You can freely imagine whatever you see” and it’s “not a screenshot.” The character, Ludens, is apparently not a part of the studio’s upcoming PC and PlayStation 4 action game. Still, I keep imagining him in that context.

At any rate, it’s a cool design. Similar to Vanillaware’s non-game art, I love sharing this stuff. 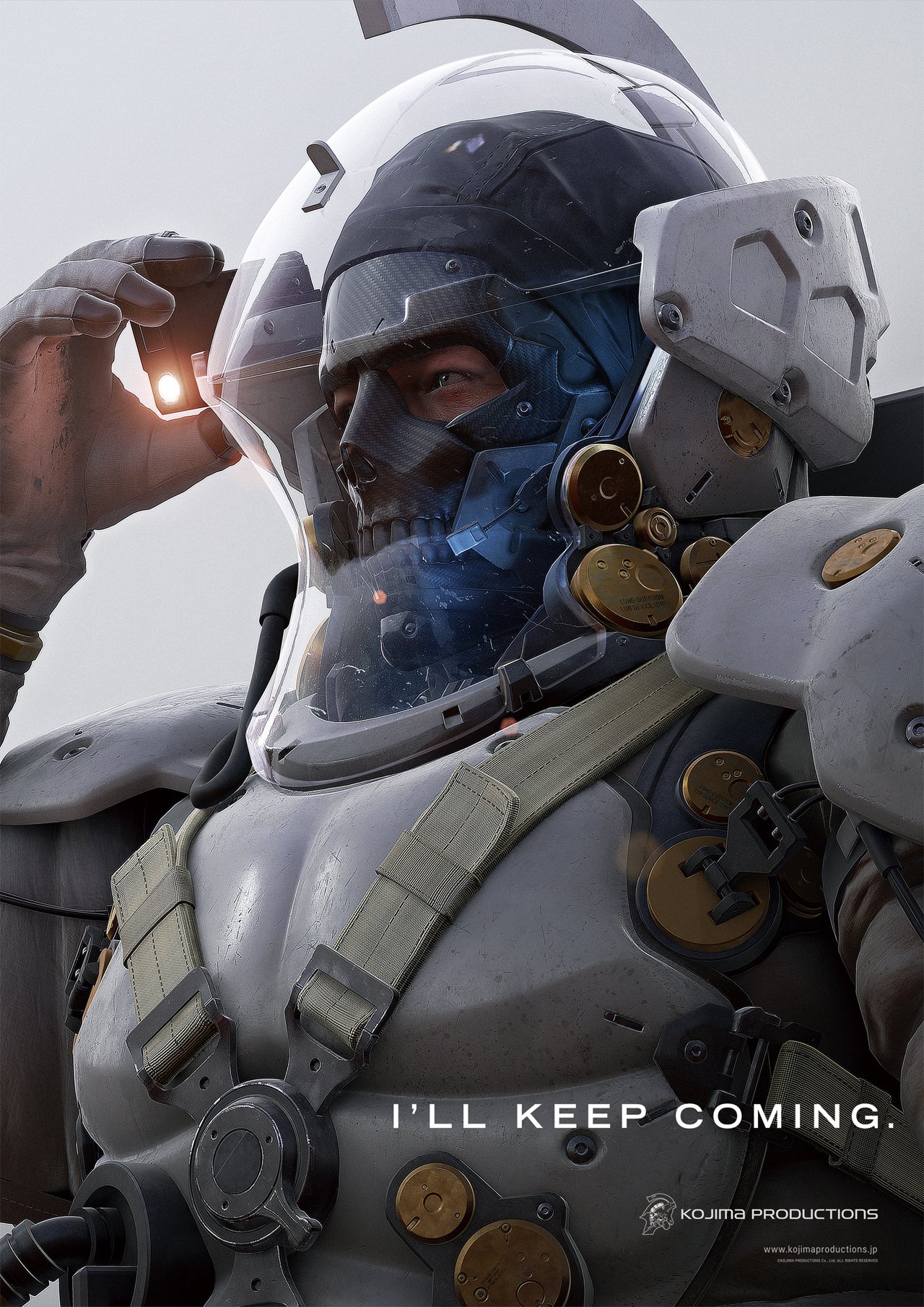