Kyoto Wild is a quick but thoughtful Bushido brawler

Teddy Diefenbach is a busy guy. He’s one of the developers on the high-profile indie title Hyper Light Drifter, but when he isn’t doing that, he’s making more games. Kyoto Wildis his side-project, and Diefenbach says he’s been working on it for about a year, but only really started focusing on it within the past month or so.

Kyoto Wild is a four-player weapon brawler with an isometric viewpoint that can be simultaneously frantic and methodical, brutal yet beautiful. One-hit kills, projectile weapons, and small maps ensure that no one sit out too long once dead and no taste of victory is too prolonged. 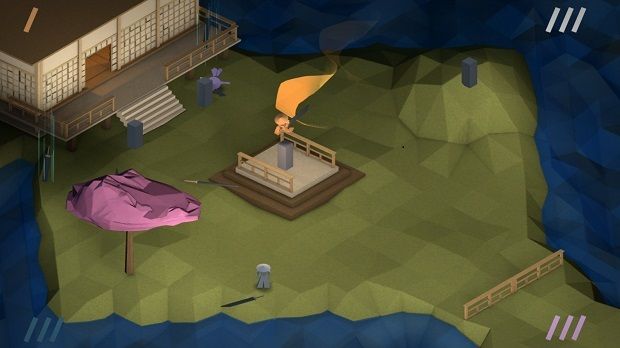 The premise is simple. Each player tries to get to five kills. Once they hit that mark, they turn gold. After they turn gold, they must be the last player standing in a round to win the game. Upon winning, they grow to become a giant gold figure for just a few seconds to really rub in the achievement.

The demo that we saw was a bit pared down from what Diefenbach projects for the final game. In our build, there were three maps on a constant rotation and swords were the only available weapon. When Kyoto Wildreleases, every single respawn will equip players with a new set of weapons (such as rakes, knives, and paper fans), and each one will control differently. 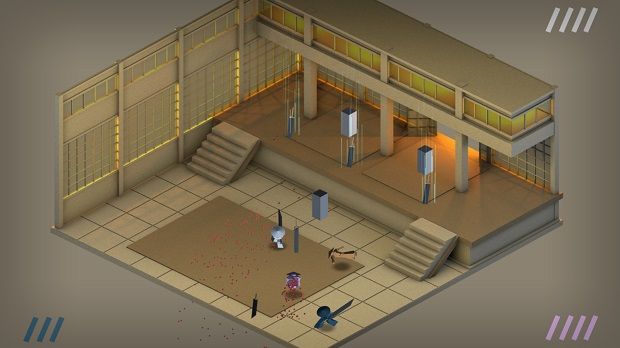 Although we only got to use swords, it did a fine job of showing off how Kyoto Wildwon’t just reward players that dash in and melee as quick as they can. There’s a pronounced pause with every swing that ever so briefly opens the attacker up for an easy kill if he’s reckless or just unlucky. That, combined with the prospect of being hit with a projectile, create an atmosphere where you never feel safe until you’ve won the round.

The fact that Diefenbach hasn’t put a ton of time into Kyoto Wildyet shows. Right now, it’s a bit bulky with regard to the controls. It’s the subtle weight that wouldn’t matter much in most genres of games, but it’s notable and makes all the difference in a Bushido brawler.

Despite some roughness, I had a great time playing Kyoto Wild. Upon ending each match, it was only a matter of seconds until someone fired up a new one to everyone’s delight. Once it’s polished, it’ll be a fine brawler — the kind you and your friends can use to declare supremacy over one another over and over again.