Dance through the Danger

As announced during Limited Run’s July live stream, the physical media manufacturer will offer a re-release of the very first titles in WayForward’s adorable adventure series Shantae. Not only are the original 2002 release and its 2010 sequel coming to Nintendo Switch, but the original Shantae will also receive a fresh run of Game Boy Color cartridges! 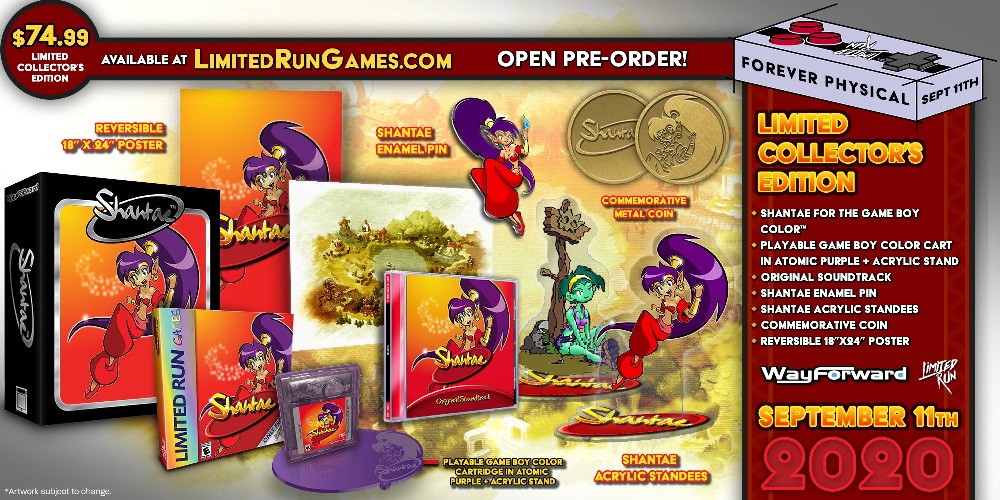 The Nintendo Switch edition of Shantae will be made available as a digital download or in a standard boxed release. The Limited Collector’s Edition, however, will include brand new Game Boy Color copy of the classic platformer, along with a soundtrack CD, a double-sided poster, a cute enamel pin, a commemorative coin, and two acrylic standees. This set will retail for around $75. Additionally, the Game Boy Color edition will be made available as a standalone purchase. 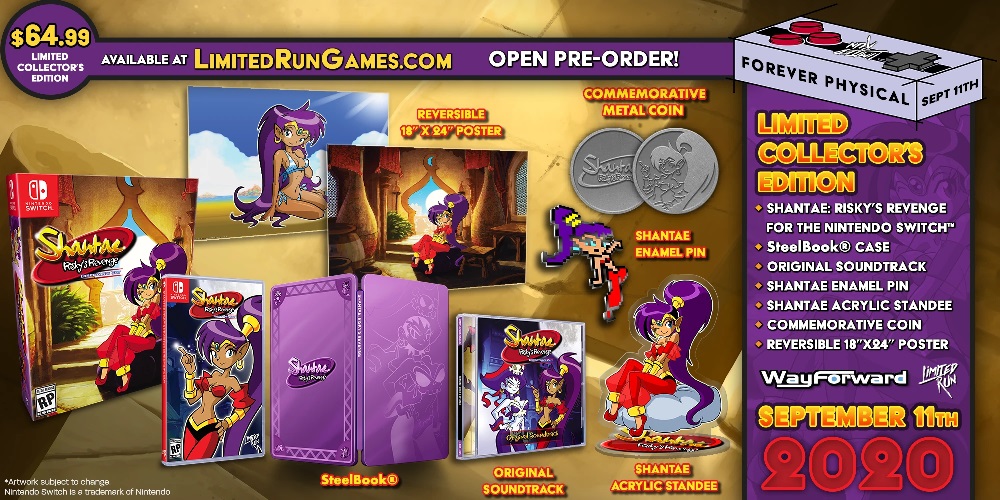 Also receiving the Limited Run treatment is Shantae’s 2010 sequel, Risky’s Revenge in its “Director’s Cut” iteration. A physical Limited Collector’s Edition includes a boxed copy of the game on Nintendo Switch, steelbook casing, a soundtrack CD, and alternate versions of the poster, coin, pin, and standees listed above. This set will retail for around $65. Shantae: Risky’s Revenge will also be made available as a standard boxed release for Switch.

Pre-orders for all of the above items will go live on September 11, exclusively on the Limited Run store. Orders will remain open for a four-week period, before closing on October 9. Be sure to get your name down if you want to own one of these little pieces of Half-Genie Hero history.