Defender’s Quest: Valley of the Forgotten is one of the better tower defense titles you might not have heard of. Through clever use of role-playing mechanics, you’re compelled to stick with its (admittedly pretty good) storyline all the way through, and then some. As of yesterday, it had cleared 73,616 sales to date across all distribution channels on PC. How’s that for transparency?

In the past, designer Lars Doucet has been up front about development on Defender’s Quest with blogs like this on Gamasutra. After seeing him remark on Twitter that the game had recently had its best promotion ever — “Better than Daily Deal. Better than Launch. Better than *everything.*” — I got in touch. He got back to me with information that’ll ideally be useful for other developers and also interest you as someone who occasionally follows the business side of the industry.

According to Doucet, a whopping 33 percent of Defender’s Quest‘s lifetime PC sales revenue was generated in the last two weeks. The game is, it should be pointed out, more than a year old at this point. How did Level Up Labs pull it off?

Although the promotion wasn’t exclusive to Steam, the platform did play a large part in making this a success story. “I can’t say this enough: promotion is king, and a good Steam promotion is like being under the Eye of Sauron (in a good way). Your game still has to be good to sell as there’s been stories of Steam games that haven’t taken off, but the gaze of Steam is a huge multiplier.”

The aforementioned promo was made up of “a front-page, featured 67% off sale on Steam for 1 week, and a 1-day 75% off sale on GOG.com two weeks ago,” writes Doucet. “We also matched the 67% off sale on our own page using the Humble Store widget, which produces Steam keys along with a DRM-free build of the game.” 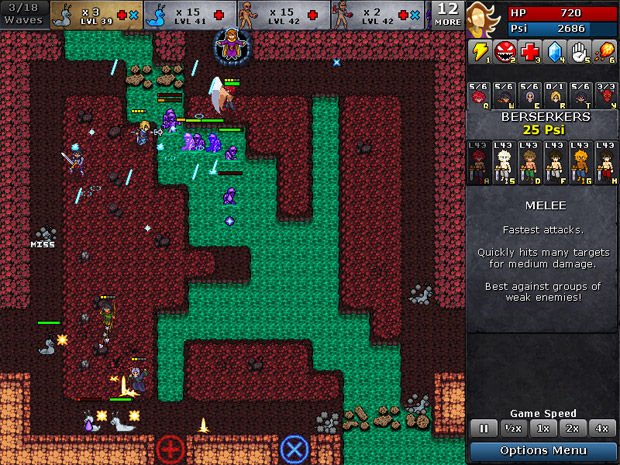 The team looked at a number of factors that contributed to the success of the recent Defender’s Quest push. Here are a number of them, in Doucet’s own words:

A spot in the front-page featured rotator

Sales started going up a bit as soon as Steam put up the sale, but for the first few hours we were featured on various sub-pages and semi-buried announcements on the workshop page and news page. As soon as the front-page rotator went up things really started to zoom. We were “only” featured on the version of the store page that windows users see, so sales from windows users were way higher than mac and linux. Windows is overwhelmingly the largest market anyway, so I’m not complaining!

So, I don’t know how many people bought the game because they are interested in mods. However, the fact that we added workshop integration was the basic reason for giving it some extra promotion, so in that sense workshop support has paid for itself and then some. I asked for the promotion in order to jump-start our workshop, get a critical mass of eyeballs on it, so that the game’s mod community will hopefully become self-sustaining.

We saw a jump when we implemented trading cards, a few weeks before this sale began. I think sales were up about 145% when cards were first enabled for our game (keep in mind daily sales were pretty low at that point so that data is a bit noisy). The fact that the game was deeply discounted and had cards of decent value probably drove more people to buy it (the game only has 5 cards, so each one trades for a higher price on the market than games with more. Not sure if that matters).

I’m not sure how we pulled this off, but timing was pretty good for us. It’s summer, no major other news was going on, the E3 buzz had died down, etc. The biggest other indie stories around that time were Zeboyd’s new Penny Arcade Rainslick RPG, and Rogue Legacy (which is awesome by the way).

This one’s entirely anecdotal and has no great basis in hard facts. We’ve tried to be responsive to user feedback and provide lots of options for customizability and user-control above and beyond mod support itself. Things like adjusting XP/Money drop rates in the accessibility options, being able to easily export/import your save files, showing users how to hack their save files, etc, are all part of our philosophy. As PC game developers, we feel the user should be able to control their own game. People seem to appreciate this and I think it widens our audience and serves to build goodwill. The only proof I have that this strategy is paying off is a lot of the nice things people say in the comments. 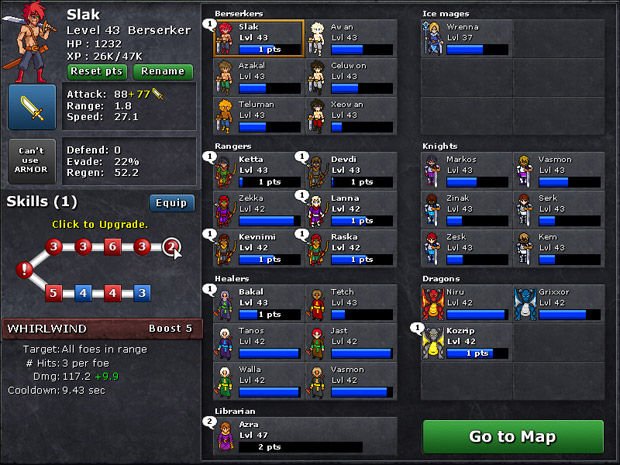 Doucet says that the demo-to-sale conversion rate for the game is 39.4 percent on Steam.

“This figure is interesting because, unlike playtime stats, which shrink during a new sale and ultimately recover, the conversion rate so far has only ever gone up,” he explained. “A few months ago it was 30% and we first launched on Steam it was about 20%. I think what happens is that some people play the demo and then hold out for a sale. So every time it goes on sale, you convert more people who have been holding out, and the number slowly creeps up.”

I had to ask if this post-release support was the plan all along. “I’ve been trying to switch gears,” he stated, “but I keep finding reasons to keep supporting the original game. It’s really weird that a single-player game with no DLC packs has had these kinds of legs! In the old days you would *NEVER* put this much extra work into a title post launch, but digital distribution has kind of changed the whole formula.”

What’s next for Defender’s Quest? “The current plan is to finish up maintenance and bugfixes and then let the mod community take it from there, and then focus entirely on [the next big project.]”