Looking back on the PSTV: hidden treasure or colossal failure?

No beer and no PSTV make Charlotte something something

People are often dismissive of the PS Vita: it pales in comparison to the Nintendo 3DS, its back catalogue is nothing special, and Sony made some utterly bizarre design choices. These people often forget that there is another layer of disappointment to this story, which was the release of the PSTV – a gadget for your PS4 that doubled as a non-handheld Vita. Let me repeat that – a non-handheld handheld, three years before Nintendo executed the idea with some semblance of elegance. In hindsight, it feels like it was almost doomed to failure.

Hold that thought, though – maybe the PSTV (and the Vita, for that matter) attract greater criticism than they deserve. There are certainly reasons why you might want to own a small, versatile Sony games console, and the PSTV provides just that. I’ve had my PSTV since February 2016, and I use it on a fairly regular basis – I’d say that at this stage, equal time is spent between my PS3, PS4 and PSTV. So, I feel well placed to look back on the hundreds of hours I’ve poured into this little guy, and tell you whether it deserves to be written off as a flop. Ultimately, the PSTV lets Sony fans down, falling short in several areas, but there’s still something of value there for a select few of us.

Simply put, the PSTV is seriously compact. It’s also just as lightweight as you’d expect for something so tiny. There’s really not much between the PSTV and the Raspberry Pi 3, while it is dwarfed by the DS Lite (see below). This makes the PSTV the perfect console to take with you to gaming events, where there is an abundance of screens or you’re taking your own. I dread having to schlep my hulking PS3 Slim (Slim?!) across half of the city for gaming meet-ups, so having something so squashed down that I can fit in into a nice handbag, yet still hook it up to a large screen later, is a huge plus. 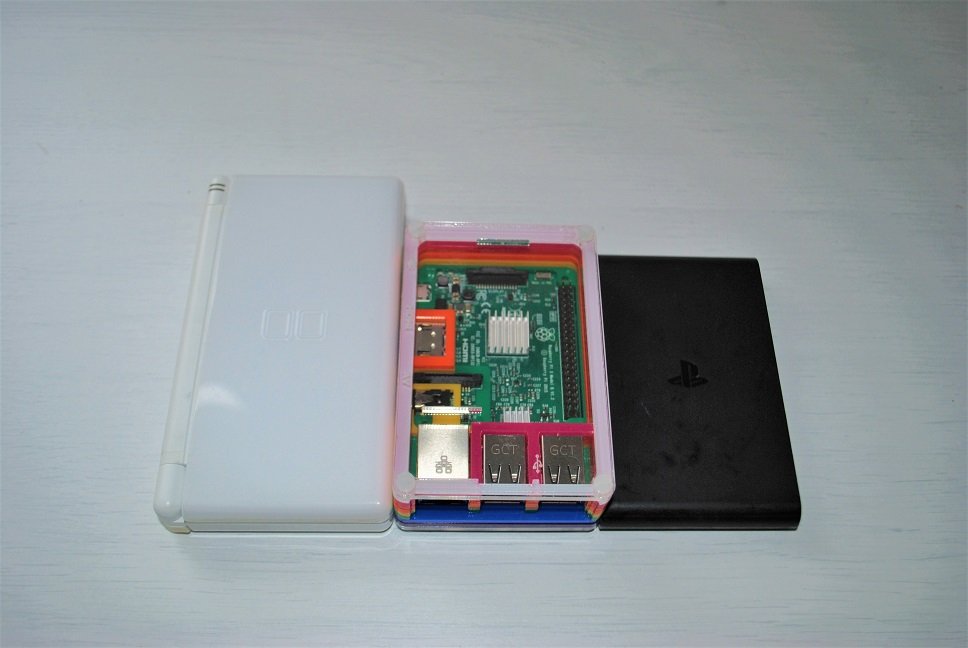 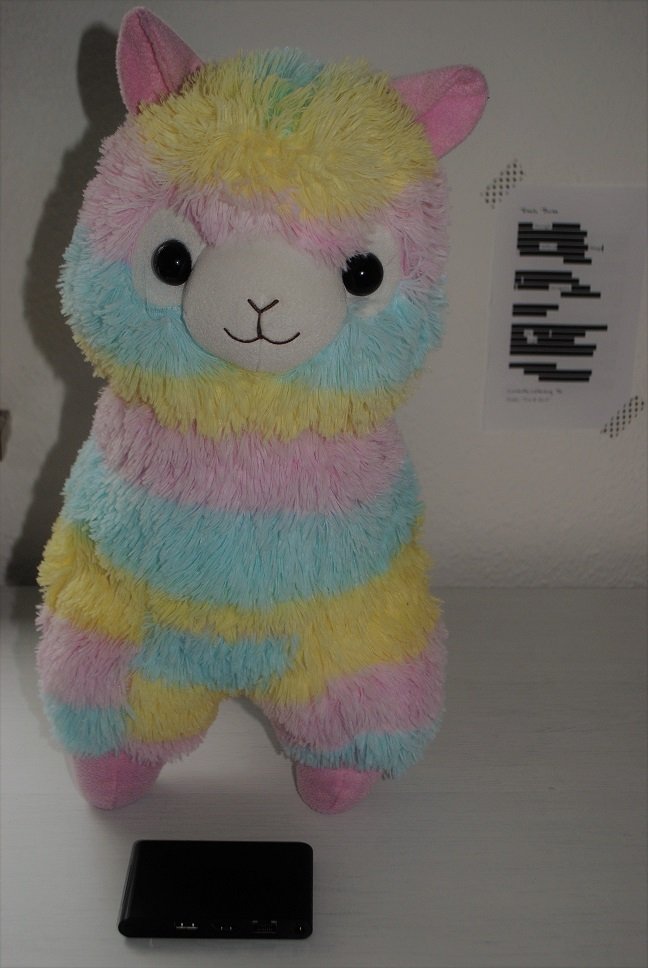 The PSTV with a rainbow alpaca (for scale)

When I picked up my PSTV, shops couldn’t get rid of them fast enough. They were being flogged primarily as a PS4 accessory, since they also allow for streaming PS4 footage to a second TV, so demand was pretty low. If that was all the PSTV did, then I think it would have died on its arse completely.

So, I spotted a bunch of them on sale at MediaMarkt for 40 euros, and grabbed one without a second thought. At the time, PS Vitas could run to around quadruple the price; PSTVs have since gone up to closer to 100 euros, but you can still pay almost double that for a Vita. Either way, you’re shaving off some of the price if you’re willing to forfeit the screen. It’s also such an unpopular/unknown console that flash sales to get rid of stock are highly likely.

In addition, the fact that the PSTV comes with 1GB internal storage meant that I could start tinkering with it before I got hold of a used proprietary micro SD card (more on that later). And I got a voucher for a Worms game that I’ve never played, and probably never will, so…that’s nice, I guess?

3. So many great games – on a massive telly!

Back in 2015, the only way you could play Danganronpa 2 on a big screen was to get a PSTV: the PC release came a year later, and the double release of Danganronpa 1 and 2 on PS4 came two years later. The same (still) applies for Persona 4 Golden and Persona 4: Dancing All Night. It also might be one of the more practical ways for you to play PS1 and PSP games, even though the PSTV only supports digital releases of these formats. Meanwhile, it has a Vita cartridge slot, so digital or physical Vita games can be played on it. If you value playing your favourite titles on a larger screen, rather than being hunched over a handheld unit, this console is for you. 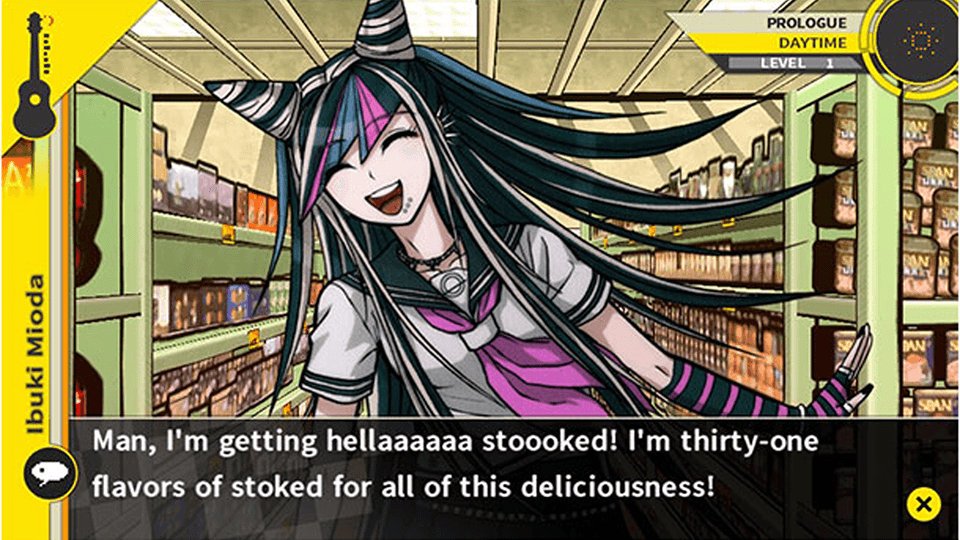 Personally, I would always rather play something blown up to a larger scale than squint at a tiny screen. I’m also not one for playing games in public, outside of a multiplayer context; I feel quite self-conscious on the odd occasion I do whip out my DS Lite on the bus. I’d much rather just listen to podcasts when I’m out and about. If I’m at home, but away from a TV screen, that tends to be when the laptop comes out and I complete more menial tasks in Stardew Valley.

Handhelds are not a bad thing by any stretch of the imagination, but I can relax and absorb the atmosphere of a game better if I’m playing it on a home console. On the whole, the PSTV allows me to get more enjoyment out of Vita games. And I already enjoy the heck out of a LOT of Vita games.

1. Incompatibility and lack of support

By far one of the worst things about the PSTV is the fact that large parts of the Vita catalogue are not compatible with it. Because it isn’t a handheld console and therefore has limited capacity to mimic touchscreens, huge swathes of games are greyed out in the PS Store. There is a way to use the analogue sticks of the DualShock 3/4 to perform touchscreen inputs, but it is so unwieldy that there is simply no PSTV support for a lot of titles. Among the outcast games are Gravity Rush, the Persona 2: Eternal Punishment and Persona 3 Portablebundle, and Danganronpa 1 (in Europe only – no idea why certain games are only supported in specific regions). 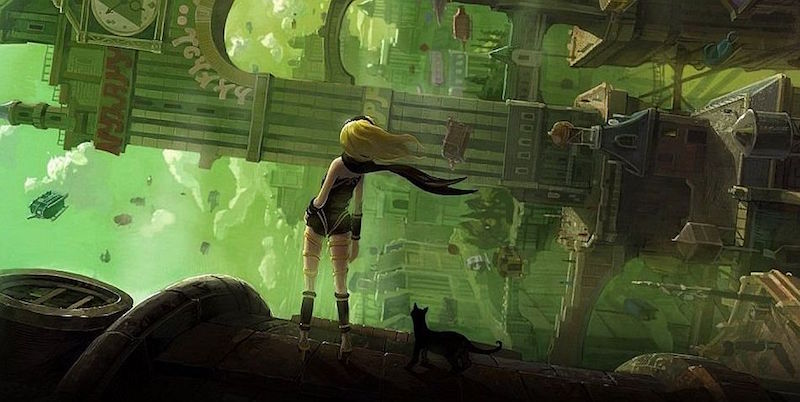 The only thing worse than being unable to play some PS Vita games on the PSTV is the fact that some games are apparently supported, yet don’t work as they should. Luckily, this has only happened to me with one game that I got through my PS Plus subscription for free, so I didn’t throw my budget away on something broken.

Amnesia: Memories is apparently unlocked for the PSTV, yet the mini-games (required to get all of the trophies) require quick reflexes – and touchscreen functionality. While the PSTV can theoretically mimic this through analogue stick inputs, there’s no way that playing a time-sensitive air hockey or rock-paper-scissors mini-game this way could be anything other than gobsmackingly shite. With no sign of any fixes or updates to the PSTV on the horizon, this is what you will be stuck with for all eternity, sadly. 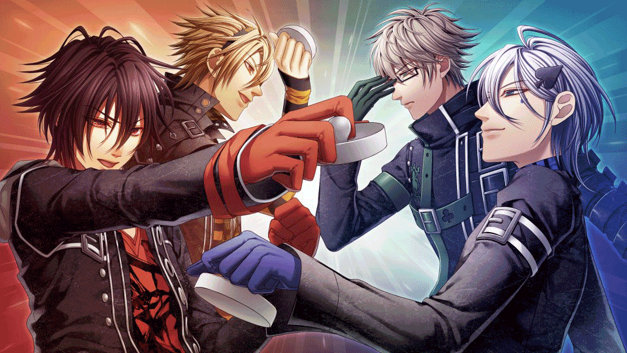 This will probably go down as one of the greedier moments in Sony corporate history. This problem extends to the PS Vita, but crucially, it was never fixed with the PSTV: the need for proprietary micro SD cards.

While I can appreciate that banning the use of standard micro SD cards would avoid the PSTV becoming a hacker’s delight, it eventually got cracked anyway(as is inevitable). The laughable pricing of these Sony-branded micro SD cards rubbed the fans up the wrong way right from the start. 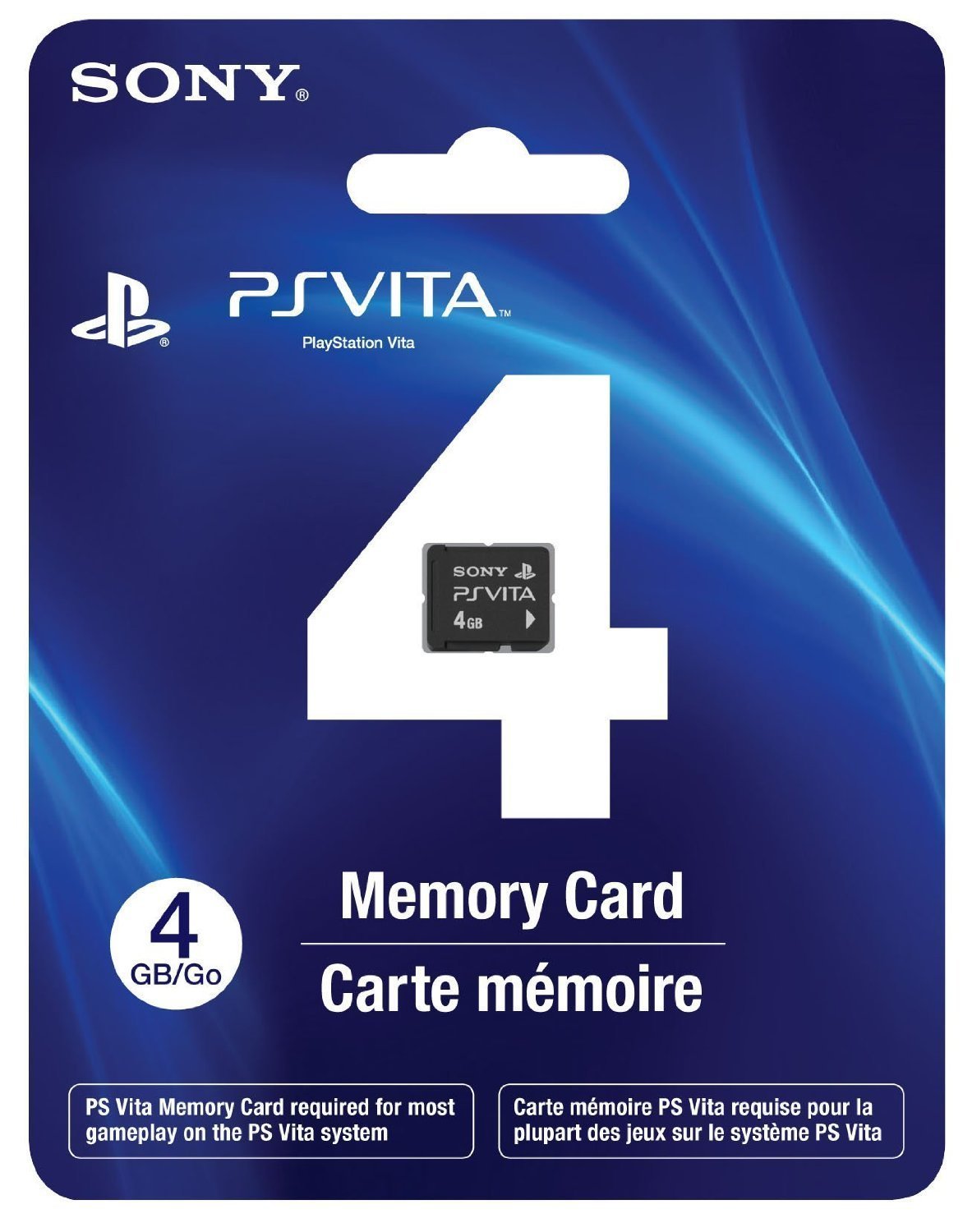 This is compounded by the memory card being locked to a single PSN account. So, for example, you will need separate memory cards if you have a UK and a US PSN account – technically against the rules, but even the President of SIE Worldwide Studios does it – or the patience to back-up and format one memory card again and again and again. There is simply no way to buy a game with one account and play it on another account, unless you apply some serious modifications to your console. So if you want to experience Vita games from around the world, you’d better be ready to lay down some serious cash, or to go through the irritating process of wiping your memory card several times.

In many ways, the PSTV is a sturdy little thing – you don’t get the feeling it will be smashed to smithereens, lest you forget to cover it in bubble wrap before going on a trip with it in your backpack. In other respects, it can be quite temperamental. I have noticed from personal experience that it can be hard to get the bloody thing to power down properly; I am used to having to set the time and date 50% of the time I switch it on, because I don’t realise it’s not powered down properly when I flip the switch on my extension lead.

As you’d expect for a handheld derivative, it’s not business up front, party in the back – there is a HDMI out, an Ethernet port, one USB slot, and that’s your lot. It’s minimalist and certainly attractive, but also really sparse. If you want a fuss-free way to stream your favourite Vita games, prepare to be disappointed.

The PS Store has always been ludicrously primitive, and it’s at its worst on the PSTV. The damn thing crashes all the time, and it saddens me to see that Fez and TWD: Season 2 are still the top advertised games. They’re doubtlessly great games, but they’re oh so very old! Also, my internet connection is terrible, but I swear it’s even worse on the PSTV. When I tested it out on my parents’ comparably impressive WiFi at Christmas, the download speeds were sluggish, even when downloading something as simple as Sorcery Saga: Curse of the Great Curry God. 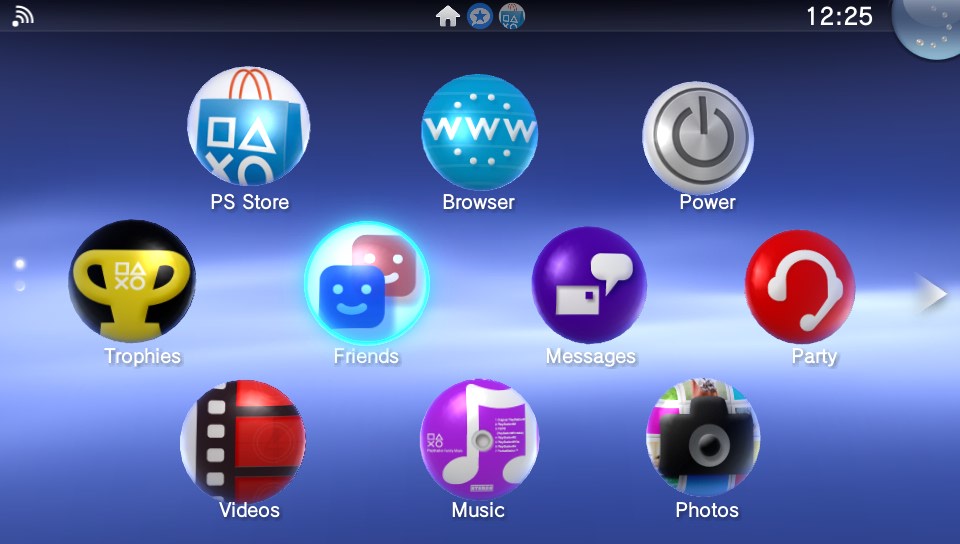 To me, the PSTV feels like a prototype stolen from Sony’s R&D department: the foundations of something good are definitely there, but it has an upsetting lack of polish.

It would be irresponsible of me to tell you to go out and buy a PSTV at all costs. In fact, it won’t be a valuable addition to thevast majority of Sony games collections, since it falls short on so many levels. But if the compatibility limitations don’t scare you off, if you vastly favour games on a giant TV screen, and if you’re a little short on cash, the PSTV might be worth looking into. You’re not going to experience anywhere near the same level of thrill as when switching on one of its heftier siblings for the first time, but it’s a nice little standby device for when there’s an obscure Vita game you’re itching to play (provided it’s compatible).

The real question is whether the $60 price tag is worth it, given that you’ll be dropping just as much on a decent-sized memory card. Sony should have realised the error of its ways and made a firmware update to allow for non-proprietary SD cards or multiple accounts per card, or it should have dropped the price on the cards and made them more readily available. Instead, the PSTV fell into obscurity. And it sort of belongs there, even though I do have a soft spot for it.

Do you own a PSTV? Do you think it’s a terrible console, or did you get some enjoyment out of it? Let me know in the comments down below!