Magic: The Gathering's Strixhaven brings back lightning bolt in a limited fashion, goes hard on the dual color concept

Lightning Bolt will be part of the ‘Mystical Archive’

What’s in standard? A lot. And it’s about to get even more cramped.

The Strixhaven: School of Mages set is joining Magic: The Gathering next month, and will be a part of standard play alongside of Eldraine, Theros, Zendikar, Ikoria, Core 2021, and Kaldheim. The theme is decidedly “Harry Potter meets Magic,” and will center on multiple dual color schools, with varying philosophies.

We had the chance to meet with the development team virtually to see what the next set had in store, so let’s take a look together. 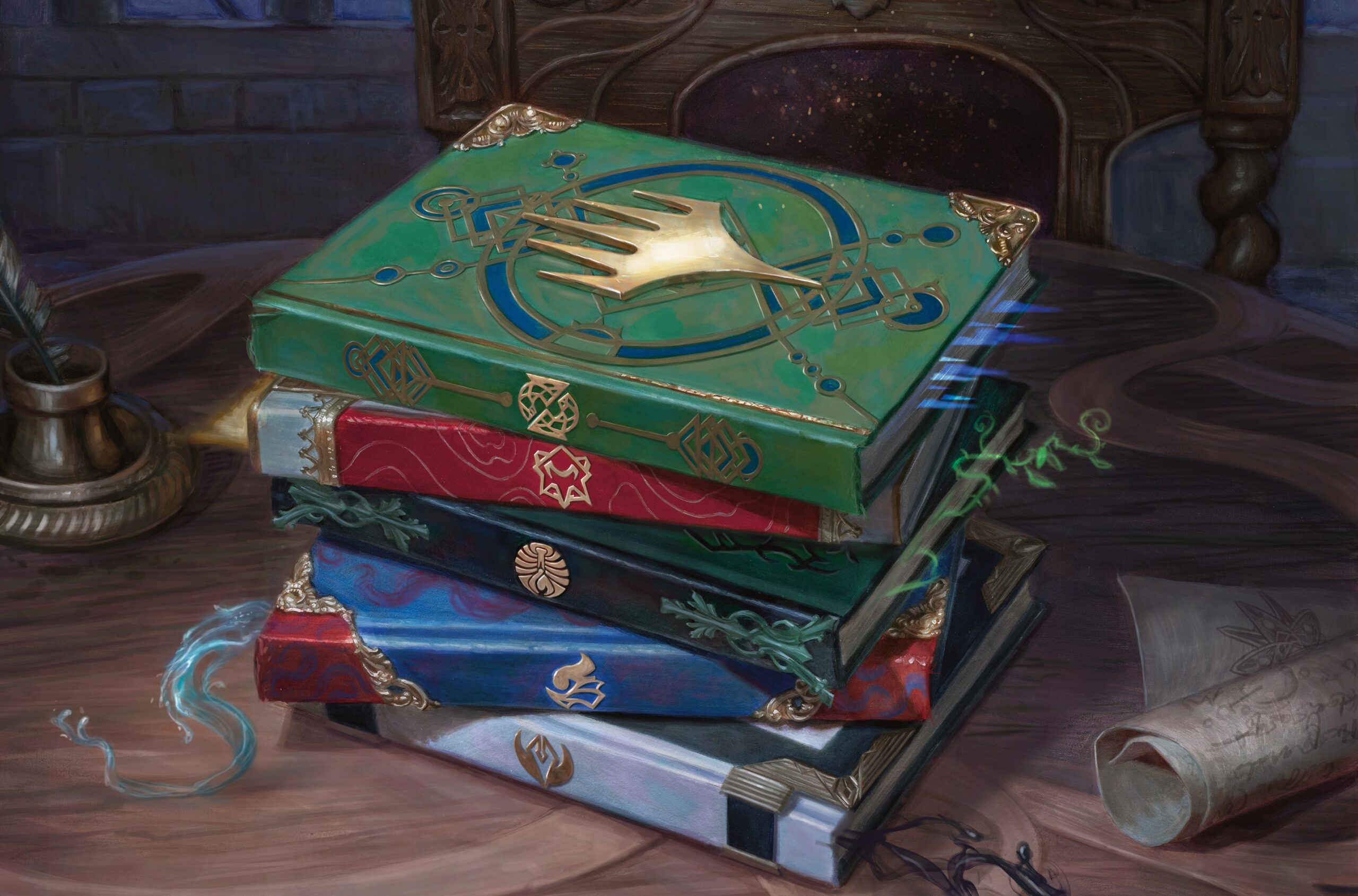 Doug Beyer, Principal Game Designer at Magic: The Gathering, told Destructoid during a conference call that Strixhaven is a “world driven by spells,” and then proceeded to show us an image of what looked like Wizards of the Coast’s take onQuidditch, a sport called Mage Tower. I’m into it.

Beyer goes on to give us a little background on the fluff of the set. Each college in Strixhaven was founded, and named after, a dragon. You have Lorehold (Red/White), a school that literally brings the past back to life to study them: a very cool lore-heavy concept. Then there’s the Prismari (Blue/Red), who “express themselves with elements,” and are described as art students.

The Quandrix (Green/Blue) are the math nerds, Silverquill (White/Black) essentially rap battle each other for supremacy through exchanging barbs, and Witherbloom (Black/Green) love death and nature. A lot of these color combinations mirror previous factions like Izzet, Simic, Orzhov, and Golgari, respectively. And their cards represent those combos as well. 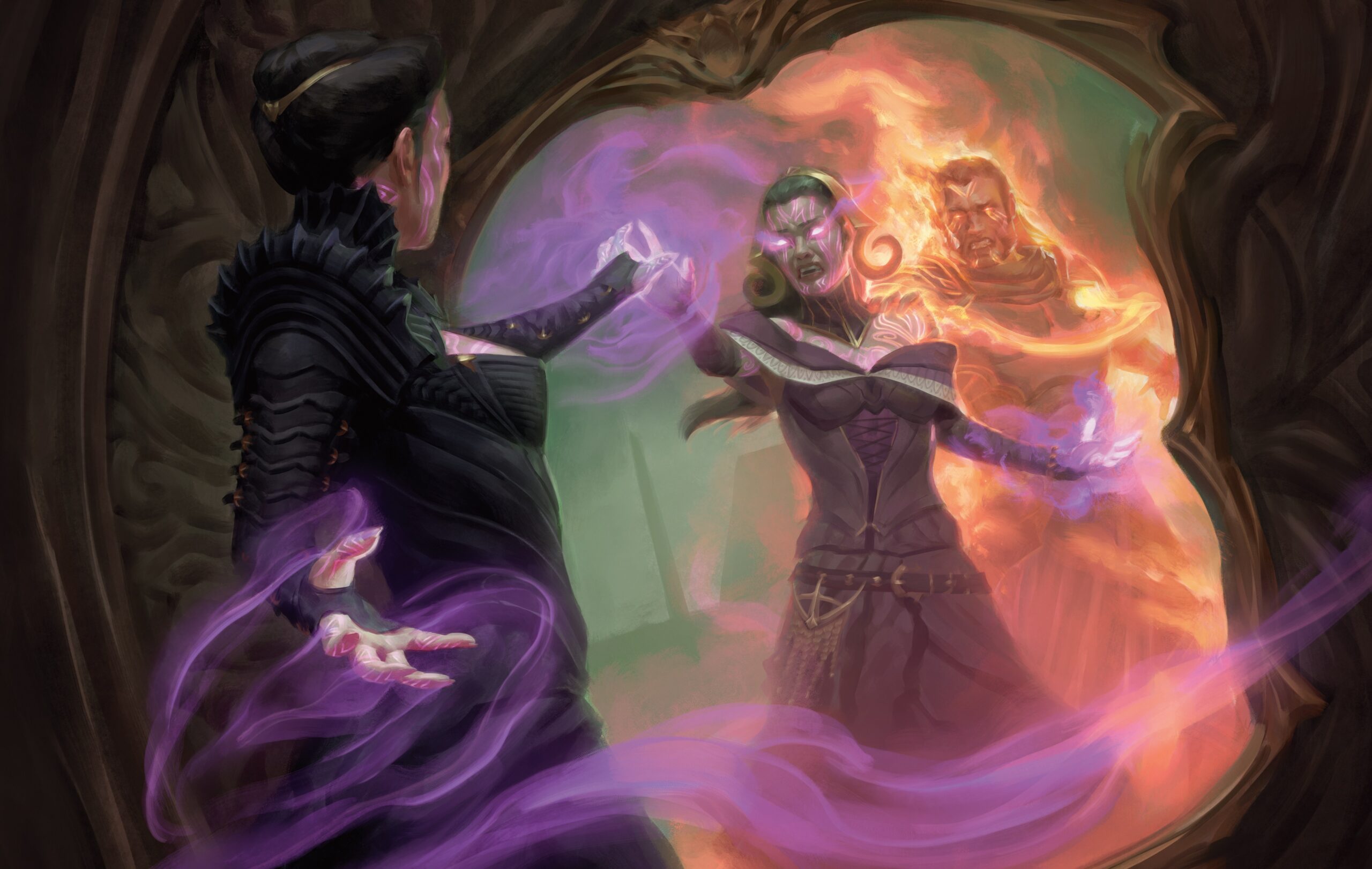 I asked whether or not there were any Arena-centric considerations for Magic, andDoug Beyergave us a succinct answer. “Absolutely,” he noted. “We always spend a lot of time and effort partnering closely with Arena. They put work making sure that Strixhaven is a good experience for players. Choosing the mystical archive and how that will work; what should be included in historic or not. Those types of considerations were definitely accounted for. We knew that the mystical archive would be big and exciting. Arena will have the archive.”

Wait, the mystical archive? Yep, it’s a little thematic way of bringing old cards back in certain formats, and there will be Japanese alt art cards just like with a few past sets. As you can see in the header image, the artist Ezoi really brings it with their interpretation of Lightning Bolt.

You can find the full English card below. 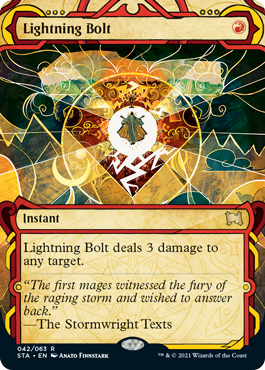 Classic design, right? The Mystic Archives are meant to invoke that sort of feel, without messing too much with standard play. I can feel the ’90s rushing off of this card, and I remember the first time I ever played it. Duress and Time Warp are also confirmed. In all there will be 63 reprinted instants and sorceries from the hall of fame of Magic, and they are legal in limited play, and in the formats they exist in currently, in paper.

You can find card previews here.

The Strixhaven set will be out on April 15 on Magic: Arena, and pre-release week will be from April 16-22, to make way for the April 23 full paper release. On April 15, the next mastery [season] pass will start for Arena, as the Kaldheim set ends its mastery reign: so be sure to finish it out before then.