Magnets, how do they work?

Magrunner: Dark Pulseis a game that you may brush off as aPortalimitator at first – but I urge you not to do so. After playing through some levels on the E3 show floor,Magrunnerhas caught my attention not just with its delightful puzzle-solving mechanics but through the world and story itself.

Magrunner takes place in 2050 at the Gruckezber Magtech space exploration training facility where they are developing a brand new “Mag technology”. Dax Ward, your character, is one of the Magrunners selected to test out this new technology using the Magtech glove. He is accompanied by a mutant name Gamaji who lives inside of the glove and is delightfully creepy. Gamaji pops out from time to time to give Dax technical training tips and other advice. 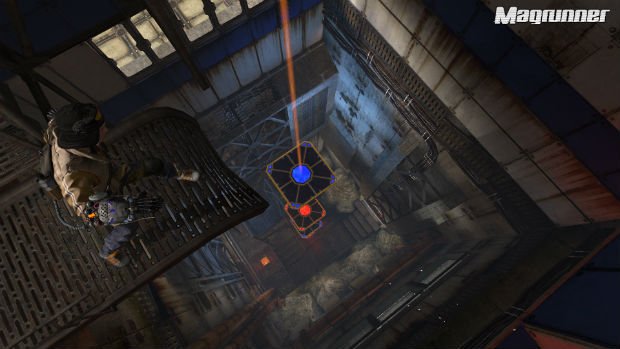 Dax’s glove also gives him the ability to control objects using magnetism which allows him to attract and repulse objects from each other. This comes in handy when platforming across levels or controlling where cubes need to land to progress into the next area. The basic design of Magrunner is very Portal-esque, but the developers mentioned that they would have done it this way even if there wasn’t a Portal inexistence. Although Magrunnerechoes the same elements, the mechanics and story are vastly different.

Unfortunately I didn’t progress to any of the really cool Cthulhu-inspiredlevels, but I was really engaged in what I did see. The levels are crisp, bright, and colorful – but most importantly, they tell a story. As players progress through the game, the facilities and surroundings change and Dax will find himself in very strange and unsettling situations most likely involving creatures with tentacles. 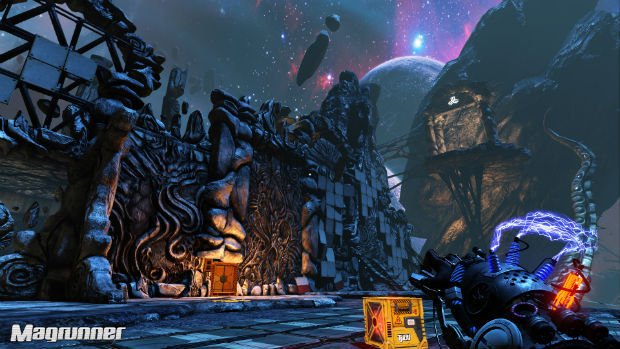 Magrunner: Dark Pulse is available for pre-order now and is being released officially next week on June 20th on GOG for $16.99 and Steam for $19.99, with XBLA and PSN to be released at a later date.There are over 40 levels total, with around 15 hours of gameplay give or take depending on how long it takes for you to solve the puzzles.Pre-orders gain early access to the first 12 levels until the release date when the full game unlocks — so what are you waiting for?