Harmonix revealed a multiplayer mode for Fantasia: Music Evolved at GDC last week alongside some new songs and levels. I jumped in front of a Kinect sensor to try out the new mode, and it wasn’t long before I was flapping my arms to the beat.

What’s great about Fantasia‘s cooperative mode is that players will collaborate with each other to make their own musical interpretation of a given song. Before trying it for myself, I watched two others play Dvorak’s “Symphony No. 9” (heardhere at the 32 minute mark) together.

Don’t write the song choice off as boring classical music, though. I watched and listened on as the orchestral original warped from its natural form to an 8-bit chip tune, and then into a big band arrangement, finally combining all three styles for one crazy arrangement. Chip-style drums started to underscore the orchestra, and then jazz piano worked its way in. I was fascinated with how Harmonix’s arrangers brought the three styles together.

I liked how the gestures lined up nicely with the musical passages, and how they seem to have players passing these passages to each other. Flicks and swings of the arms visually follow musical cues, making it look like the players are conducting some invisible orchestra. Sometimes their movements will come together to make it look as if they’re collaborating on a grand gesture that would bring this orchestra together in a big way. The sweep arc gesture near the finale made it look like the two were sharing a high five. It’s easy to see that a lot of thought was put into this mode’s choreography. 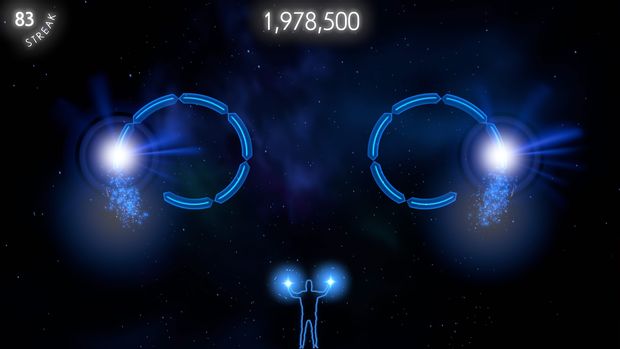 Breaks in the standard play come with Fantasia‘s composition spells. In these sub-challenges, players will use gestures to trigger on-screen objects to add their own touch to the song. The first one I saw had these players moving their hands to trigger drum sounds. These random hits soon became full-on drum fills, and when they were finished with their creation, these fills were magically blended into the existing score as they continued play. Several others like this are scattered through the play session. 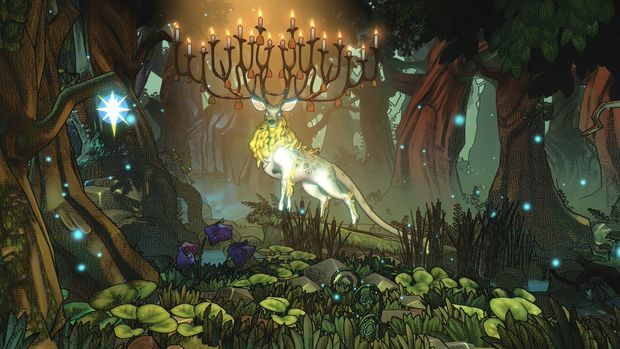 For my time with multiplayer, I skipped over classical, picking Nicki Minaj’s “Super Bass” from the available tunes. The opening forward punch gestures make sense with the rhythmic nature of the song, and the motion felt good; it was almost like I was punching to define the beat. As for the heavily featured diagonal swiping motions, I wasn’t executing them with as much flair as my partner. But I appreciated that Fantasia is much less restrictive than Harmonix’s previous title, Dance Central. I was told that as long as your timing is good, the quality of your gestures is less important.

By the end of it, I was double swiping through the air with at least some flair, and having fun doing it. I even caught myself sort of bobbing to the beat. Too bad I only scored 56 percent. 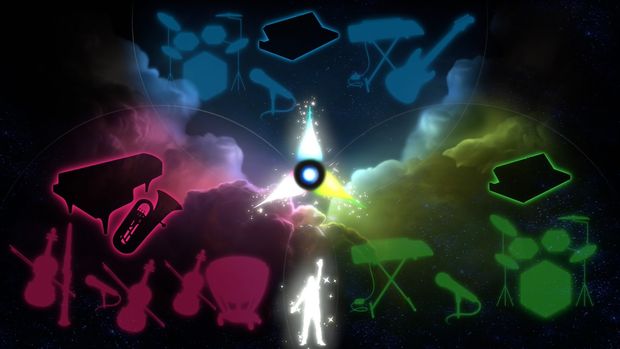 I really like how open Fantasia is to players’ musical tastes. Before the cooperative level begins, both players are asked to make choices to customize the song. Each player gets to gesture toward a musical style twice before beginning, and they have even more opportunities for genre morphing throughout.

I’m glad thatFantasia is more of a rhythm game than a dancing game, as this suits my personal tastes more. I’ve learned that it’s less about your moves and more about the music. When you combine this with the ability to freely explore and morph its songs with gestures you have a musical experience that has the power to keep you coming back. And the newly revealedmultiplayer mode lets you share that exploration with a friend.