A Mako ride with fewer bumps

Damn, it feels good to be back on the Normandy.

Booting up the Mass Effect Legendary Edition for the first time last week, I was hit with waves of emotions. Dueling swathes of nostalgia and newfound wonder at seeing this, all this, in a single package slammed me over the head. I’ve played through the whole trilogy a couple times, and through the first game the most; yet booting it up here, in 2021, in the Legendary Edition, I couldn’t help but feel a little warm about jetting off in the Normandy once again.

I’m currently playing my way through the trilogy, and we’ll be looking to do a more holistic review once I’ve seen the whole thing start-to-finish, as it’s clear there are some changes littered throughout the saga. It’s worth checking in now though, after I’ve seen credits roll in roughly 25 hours of the first Mass Effect, to see what the Legendary Edition is up to thus far. It’s important to note that this is a remaster—so while the gameplay has been tuned and even some content adjusted, this is not a remake on the scale of Resident Evil 2 or Final Fantasy VII.

For those just learning about Mass Effect, it’s the story of Commander Shepard, a trained and talented soldier in the human Alliance military. Humanity, as a race, is new to the galactic theater and has huge ambitions and much to prove to the other species inhabiting the Milky Way galaxy. A mission gone wrong sparks a hunt for the rogue agent Saren, and Shepard takes command of the Normandy and its multi-species crew to hunt him down and stop an even greater threat in the process.

The most obvious difference starts at the character creator. Options for making your own Commander Shepard have been expanded, and the default female Shepard appearance has been ported backwards from Mass Effect 3 so it can be consistent across the trilogy. It’s nice to have a much better-looking Shepard out of the gate, especially one that feels like it carries across well into future games; I was surprised by how accurate my male Shep’s face was when he ported into Mass Effect 2, even among the sticking imperfections you only start to notice after spending hours upon hours with your created commander.

Aesthetically, the new Mass Effect experience is pretty noticeably brighter, or at least has more light sources to work with. As folks have noted going into the Legendary Edition, this does wipe away some of the more interesting harsh-light contrasts of the original. There are parts that certainly feel flatter, less dramatic, and certainly overall different from their original portrayal. 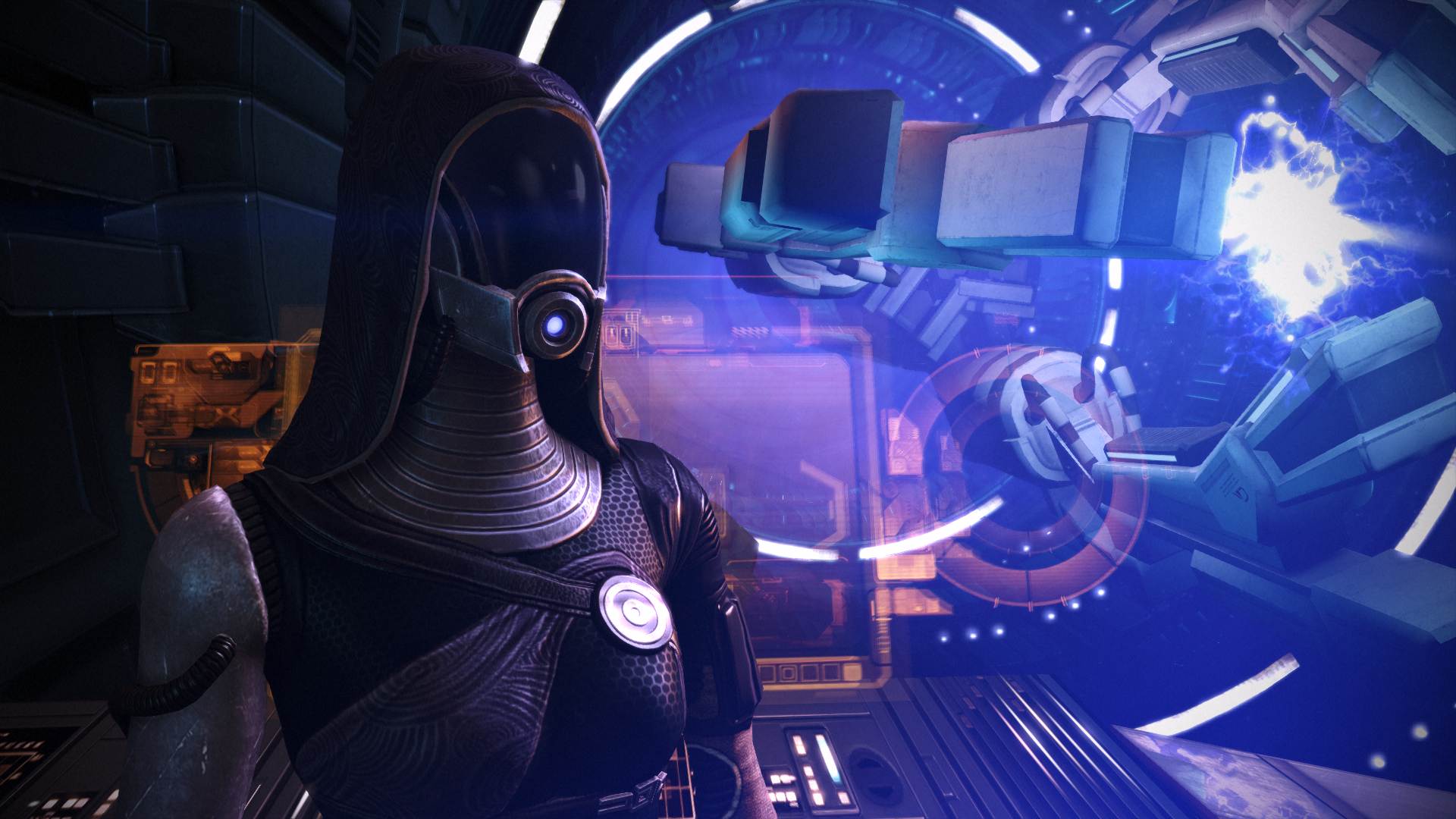 Still, after a mild adjustment period, I found myself enamored with Sovereign rising over the skies of Eden Prime, or the distant storm clouds on Virmire. There’s still a mood here, though it’s fairly different in some places. Noveria’s port is still a cold brutalist bastion of megacompanies dealing under the table, and Feros’ skyway is the same perilous trip over the clouds it’s been in the past. I didn’t always enjoy watching the light wash away some of the creeping shadow that I felt made Mass Effect look like Mass Effect, but what’s here is still graphically impressive, even if some uniqueness is molded away.

Faces are where it gets a little weird, though. Some characters take pretty well to the updated models—Wrex in particular struck me, as did Garrus and Liara. Ambassador Udina, meanwhile, looks oddly out of place at times, and other humans can stick out, especially if they didn’t receive commensurate glow-ups. I’m interested to see how these pan out over the trilogy, and whether it makes a character’s growth over the years seem more natural and visible.

It’s more than just cosmetic changes, too. I noticed some rooms had been altered, most notably the boss arena on Noveria, and others felt different purely by virtue of the remaster. It’s a lesson in how a revision and sprucing up can make a place feel different, even when you’ve run through it a half-dozen times before.

The gameplay has also received some significant changes, mostly in combat and around the Mako. Most of these are fairly positive and don’t do much to disrupt what made Mass Effect‘s combat so different from its successors; you’ll still be picking up loot from bins and crates, swapping out mods, and saving up for the rare stocks at the C-Sec shop. Guns are now universally accessible, though you can only put points into your class’ specializations. I will say, while the guns feel great to use and almost a hair more accurate and consistent than they used to be, they are also cacophonous; I had to tune the volume a bit after a while, because of how loud the assault rifles are.

As a longtime Mako defender, I’m honestly a little torn on the revisions. The new controls aren’t horrendous, but I still found myself going back to the old controls, whether out of familiarity or just because they felt easier to strafe-and-shoot with. The obvious pluses are the boost, which makes traversal easier across the board, and the fact that you get experience for kills you get while driving the Mako. 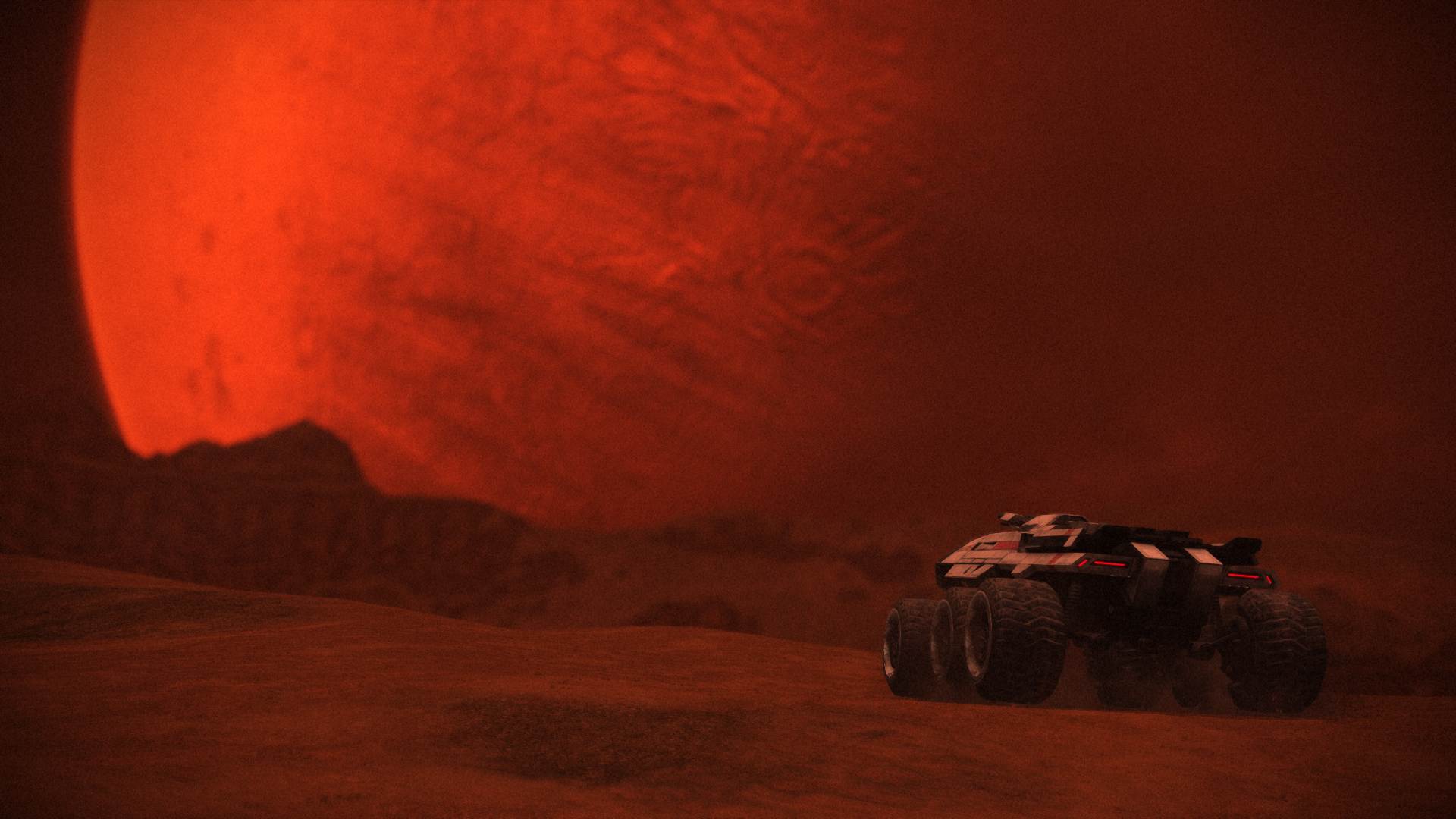 Combined with the new levelling system, which smooths out the curve to try and get you closer to “maxed out” in a single playthrough, a lot of combat sections that were previously much tougher felt easier to handle this time around. Abundant autosaves also meant I wasn’t losing huge progress when I died to a sudden barrage of rockets or landmines either. On a whole, Mass Effect feels a little bit easier, but that’s really just due to some of its more unforgiving moments not having such tough circumstances leading into them anymore.

There wasn’t too much DLC to contend with in Mass Effect either. Pinnacle Station missed the cut due to some missing source code, so Bring Down the Sky is the one additional mission. It’s still labeled on your map, just like other major quest planets, but its inclusion feels a little unceremonious. I’m interested to see how the Legendary Edition packages the other games’ DLC, especially as it has to deal with tough questions about where and when is the right time to make those missions available to players.

It feels a little redundant to say that yes, this is still Mass Effect, in a lot of the ways you might expect it. Getting into and out of cover is still janky compared to the sequels, and it’s overall a little slower and more methodical by comparison. The minimap can still be a little tough to discern, leaving me to reference the map fairly often. So far, it looks like some of the original game’s exploits still exist in the new version. It’s also got some goofy bugs and glitches in spots that will hopefully be cleaned up in the coming weeks, but yes, Mass Effect still has its idiosyncrasies that set it apart from Mass Effect 2 and 3.

Still, a smoothing-out of the rougher parts of Mass Effect makes this easier to recommend to newcomers. The first game shows its age the most, but it’s the ways in which it reaches for what the series will eventually come to master that make it interesting. Its shot composition can still surprise; its branching paths and living worlds can still drag you right in. I’m serious when I say that I’ve played the first Mass Effect numerous times, and I still spent time chatting with the elcor ambassador when I first reached the Citadel. 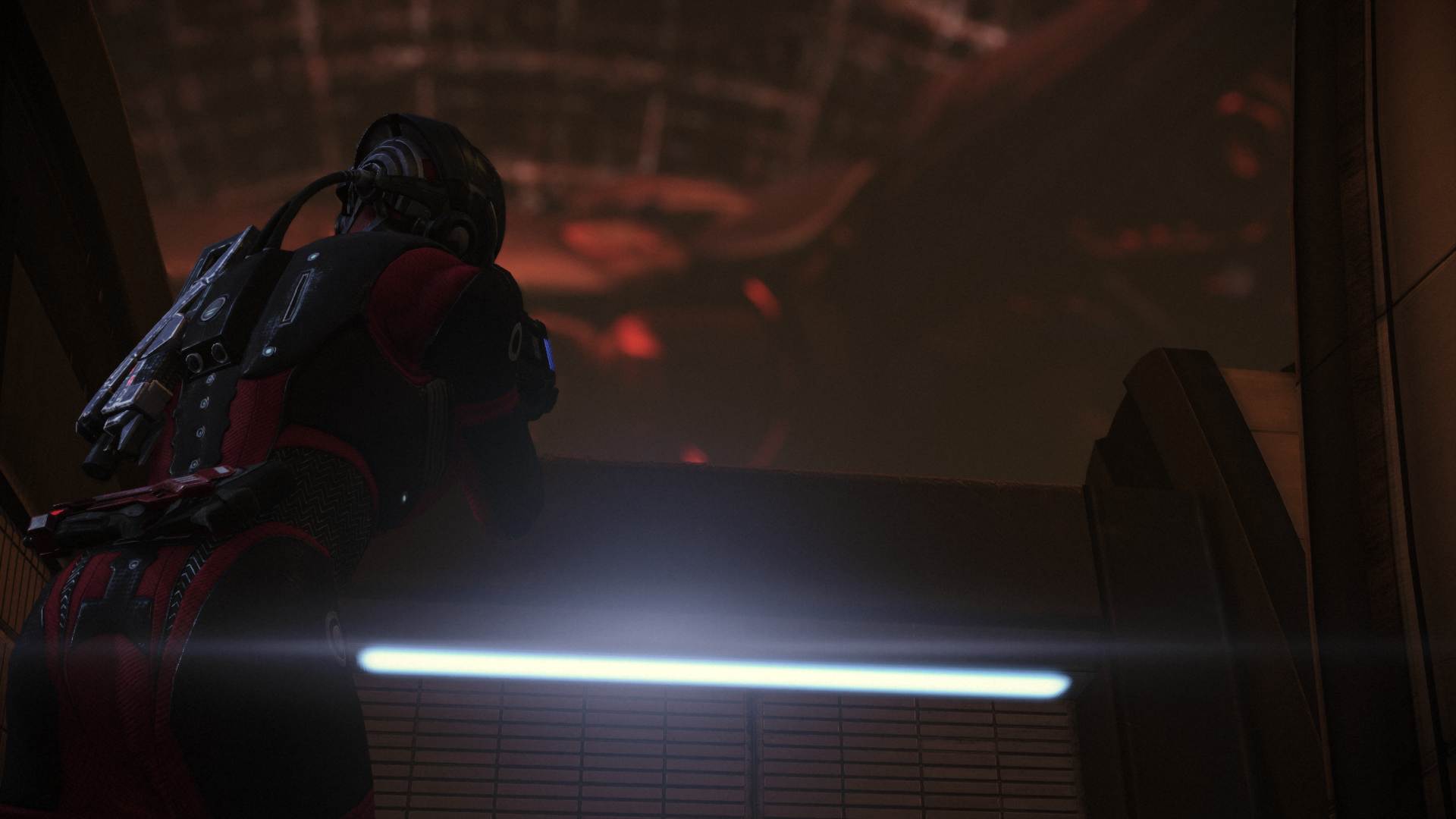 Chasing Saren across the stars, following leads and finding yourself in terrible situations, contending with dilemmas wrought by corporate greed and unchecked experimentation with forces the universe still doesn’t understand, is still great. Saren is honestly one of the series’ best antagonists, and the introduction of Sovereign is still an incredible moment. Mass Effect is a game of big moments like this, interspersed with tiny stories set on moons and distant planets, where intrepid researchers and colonists continue to venture forth into the unknown, even if it will likely end in their own doom. It deals with complex intergalactic politics, and even Shepard’s status as extra-judicial executor of the Council’s will comes under interrogation fairly often.

The first Mass Effect could still use some TLC, mostly in cleaning up progress-halting or just annoying bugs. (I had one where my squadmates would suddenly refuse to follow me anywhere, which is pretty rude.) And ultimately, there are probably some folks out there who will still want to simply power through. There aren’t necessarily massive additions, new romances or levels, or anything so huge. This is an attempt at tuning up the parts of the first Mass Effect that could be closer to its other games, and it’s solid enough to merit replaying, even if you still struggle with some of Mass Effect‘s more granular, RPG-centric bits.