Minecon isn’t happening live in Orlando, Florida this year, but it did happen this past week in livestream form. In addition to revealing a bunch of new developments for Minecraft proper, our old dungeon crawler friend Minecraft Dungeons got a few updates: several of which should help people get back into the game if they’re on a break.

First up, cross-play is finally coming in November. While it’s been teased for some time since it released this past May, we finally have a window for when it’ll be arriving. When it does hit, it’ll be free for everyone. The feature was dramatically shown off on the aforementioned stream, with the below image indicating players signified with red for Nintendo Switch, light blue for PC, dark blue for PS4, and green for Xbox One.

Following that, a December update will add “Apocalypses Plus” into the mix, which adds “20 new difficulties” as well as “new enchantments and items.” In tandem with that free patch, you can also opt for the Howling Peaks DLC, which adds the Tempest Golem boss into the game as well as the icy mountainside biome. I still come back to this one from time to time, so a combo of DLC and free updates should help suck me in even further. 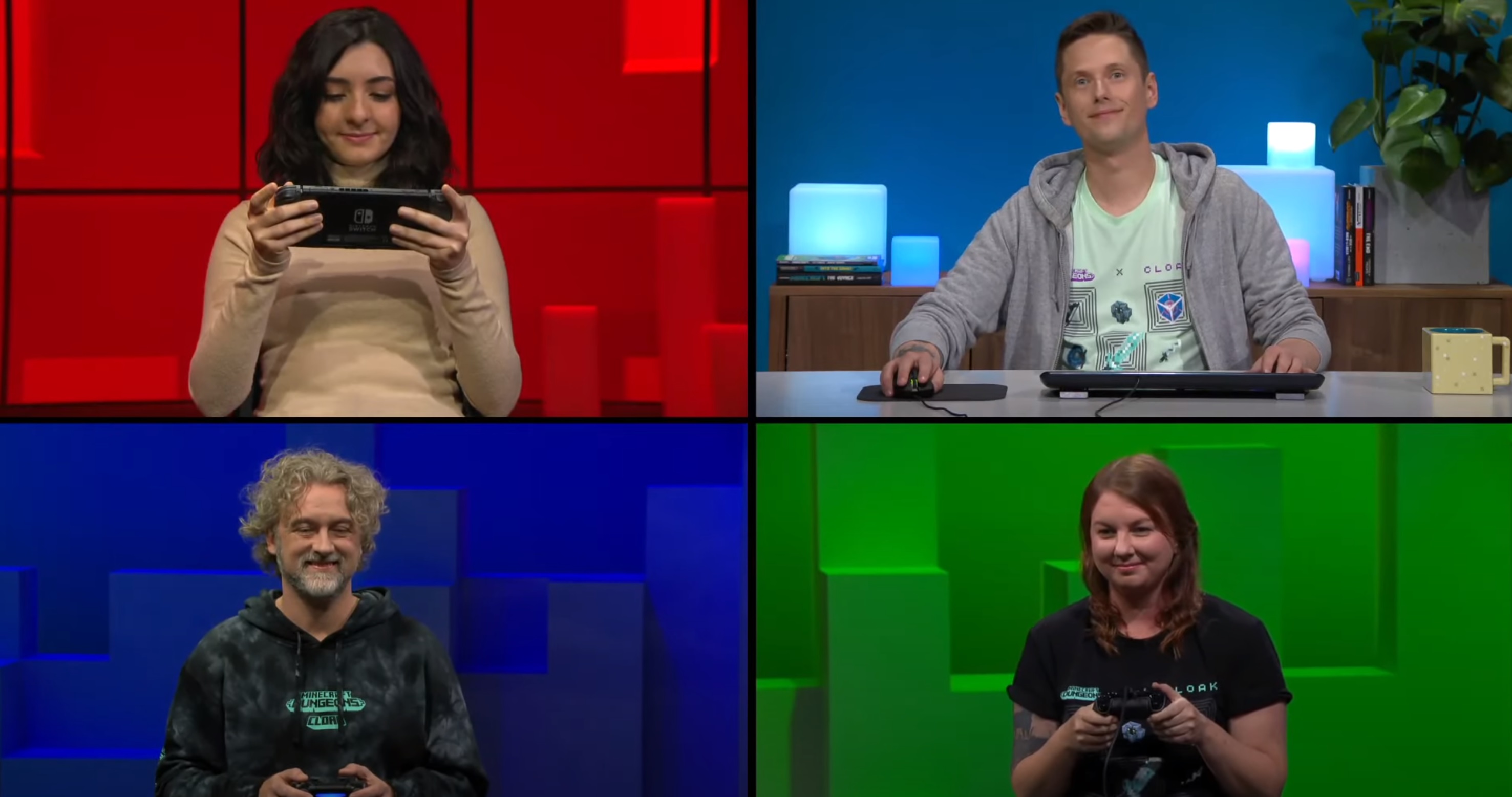