Where was this two years ago?

You know what Minecraft is, your parents know what Minecraft is, and your grandparents just don’t understand why that younger family member is on the iPad all the time. It’s everywhere, but why has it never received a proper handheld port? After some delays, Mojang has finally brought the title to the seemingly forgotten PlayStation Vita.

After spending some time with Minecraft: PlayStation Vita Edition, there’s simply just no better way to play Minecraft on the go. 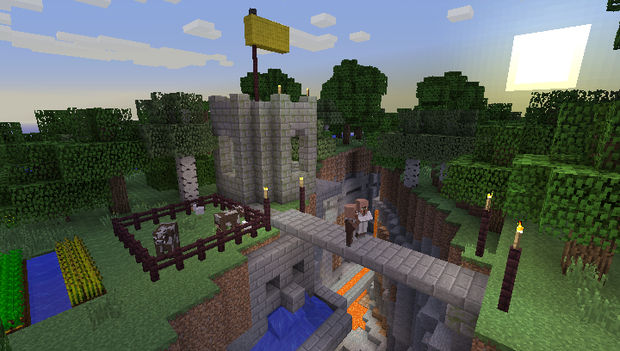 Minecraft on the Vita holds nothing back. This is not the iOS or Android versions; it is simply a handheld port of the last gen console versions. The render distance and world maps are the same size as the 360 and PS3, and all content available there is all here on the Vita. This allows for maps to Cross-Save back and forth between PS3 and Vita, but disappointingly only from the Vita to the PS4 (an explanation can be found on Mojang’s blog). There is no cross platform play, but online and ad hoc multiplayer are both supported between Vita systems.I wish I had something like this to play with my friends during recess when I was a kid.

No real enhancements or differences are really here to speak of or emphasize, and that’s the point. As I’ve said, this is the last gen console version of Minecrafton the go, not the Pocket Edition. The Vita’s physical controls allow for full, precise range of control. It feels as good as you’ve come to expect. Touchscreen capability are the only minor difference, but simply allow for quick selection of hotbar and crafting options. Not substantial or noteworthy, but convenient when in a tight spot.

While mostly solid, the framerate does suffer from a noticeable jitter when looking around/moving too quickly. ConsideringMinecraft on a handheld isn’t exactly trivial, it didn’t bother me at all. However, I can see it getting to people who can’t stand this type of thing.

As for the UI, it’s hard on the eyes. While the hotbar’s size is adjustable in the settings, the crafting and inventory menus are not. These menus get the job done on full-size televisions on the PlayStation TV (which I did test), but on the Vita itself it’s hard to make out what some of the sprites are — particularly in the inventory section of the crafting menu. It would have been nice if these were adjustable. 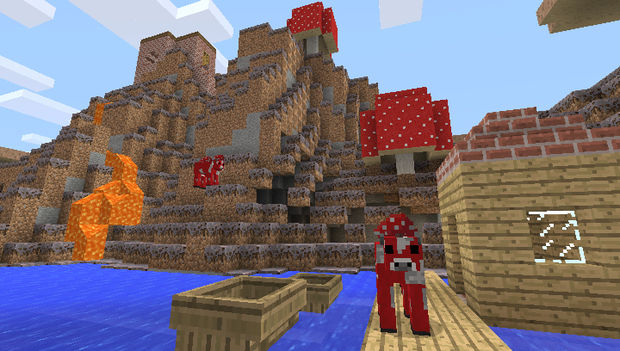 Of course, if you previously own the PS3 version of Minecraft (physical or digital), you already own a Vita copy as a result of Sony’s always welcome Cross-Buy support. Prospective buyers will have to pay $19.99 for either version to receive both, and additionally have the PS4 discounted to $4.99 (note: this does not work the other way). Not a bad deal.

Minecraft:PlayStation Vita Edition is unquestionably the definitive portable version of the game and is exactly the kind of thing the Vita so desperately needs right now.