Capcom has released a story trailer for Monster Hunter World: Iceborne and there’s much to discuss before we journey to Hoarfrost Reach and set up shop in our frosty new home base, Seliana. Most notably, a few more monsters are now confirmed for the September 6 expansion including Tigrex, who’s shown chomping an Odogaron like it’s no big deal. Vile as those things can be, I almost felt bad!

Our new headquarters, Seliana, is worth talking about a little more in-depth. It’s meant to offer “even easier accessibility to each of the facilities” in between hunts. For instance, you can manage your Palico’s gear right near your own item box and you can interface with the Tailraider Safari from a booth outside of your room. Seliana runs on a Steamworks facility, which you can power by earning fuel “automatically after completing quests” or through item and ore exchanges. “By collecting fuel and using it to help out at the Steamworks, you can earn all sorts of extra items,” notes Capcom. 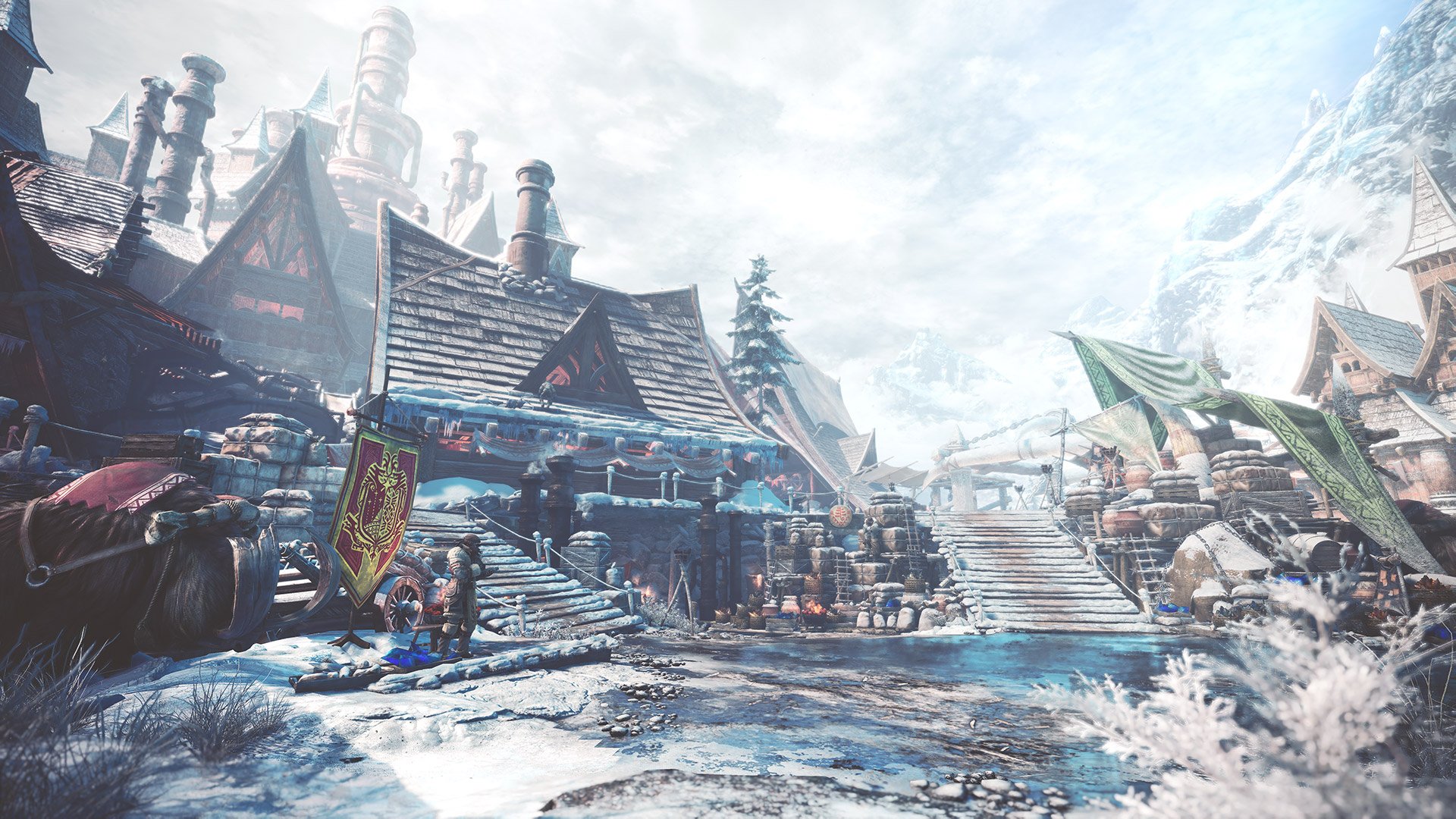 One of the new residents coming with Iceborne is Grammeowster Chef, who needs no real introduction other than to say she mentored Meowscular Chef and she cooks a mean stew. What an absolute dear. 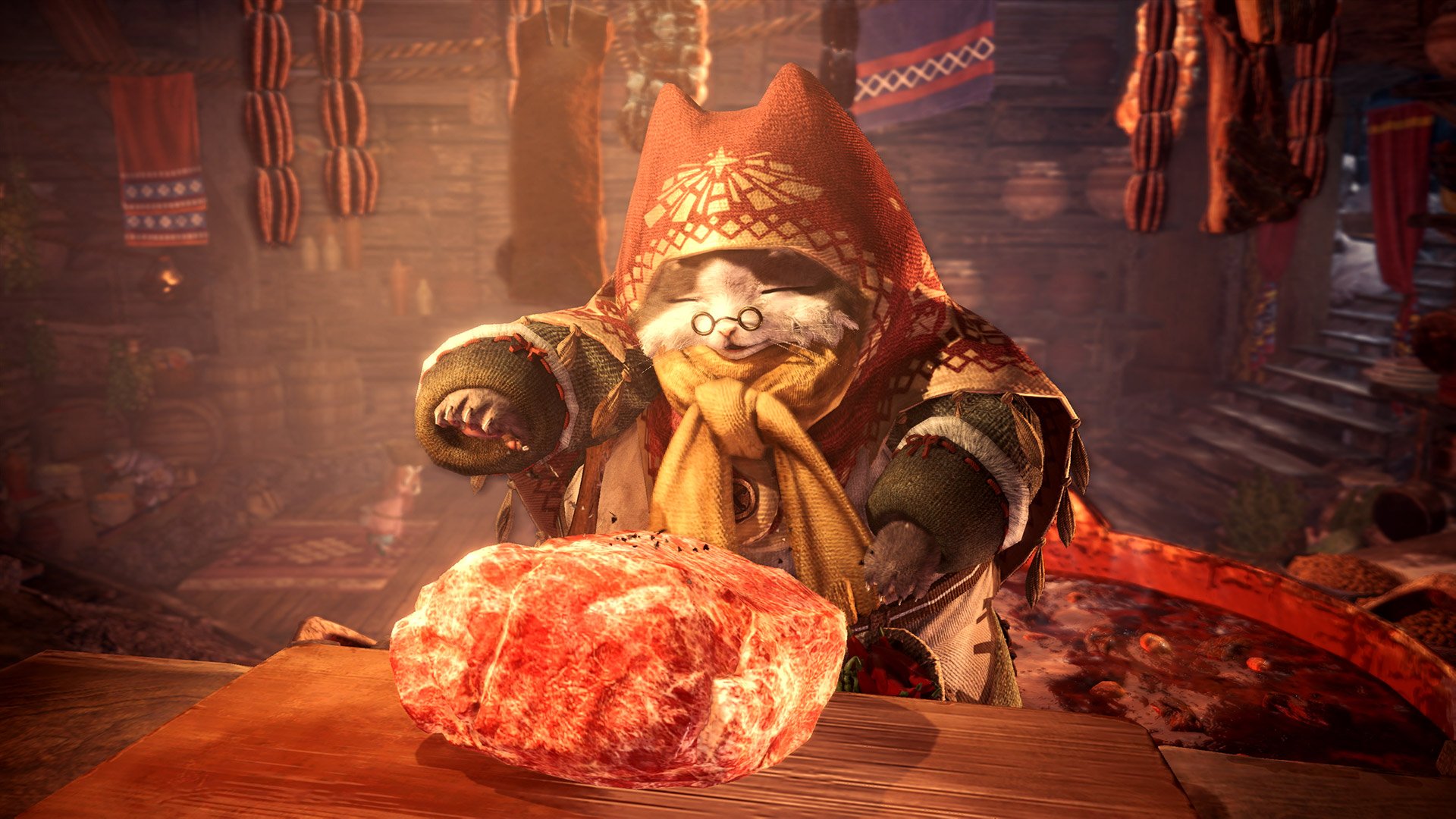 If you were wondering what the deal was with Legiana in the trailer, that’s “Shrieking Legiana,” a variant specializing in “freezing prey with the powerful chill it emits, then swooping down to strike.” 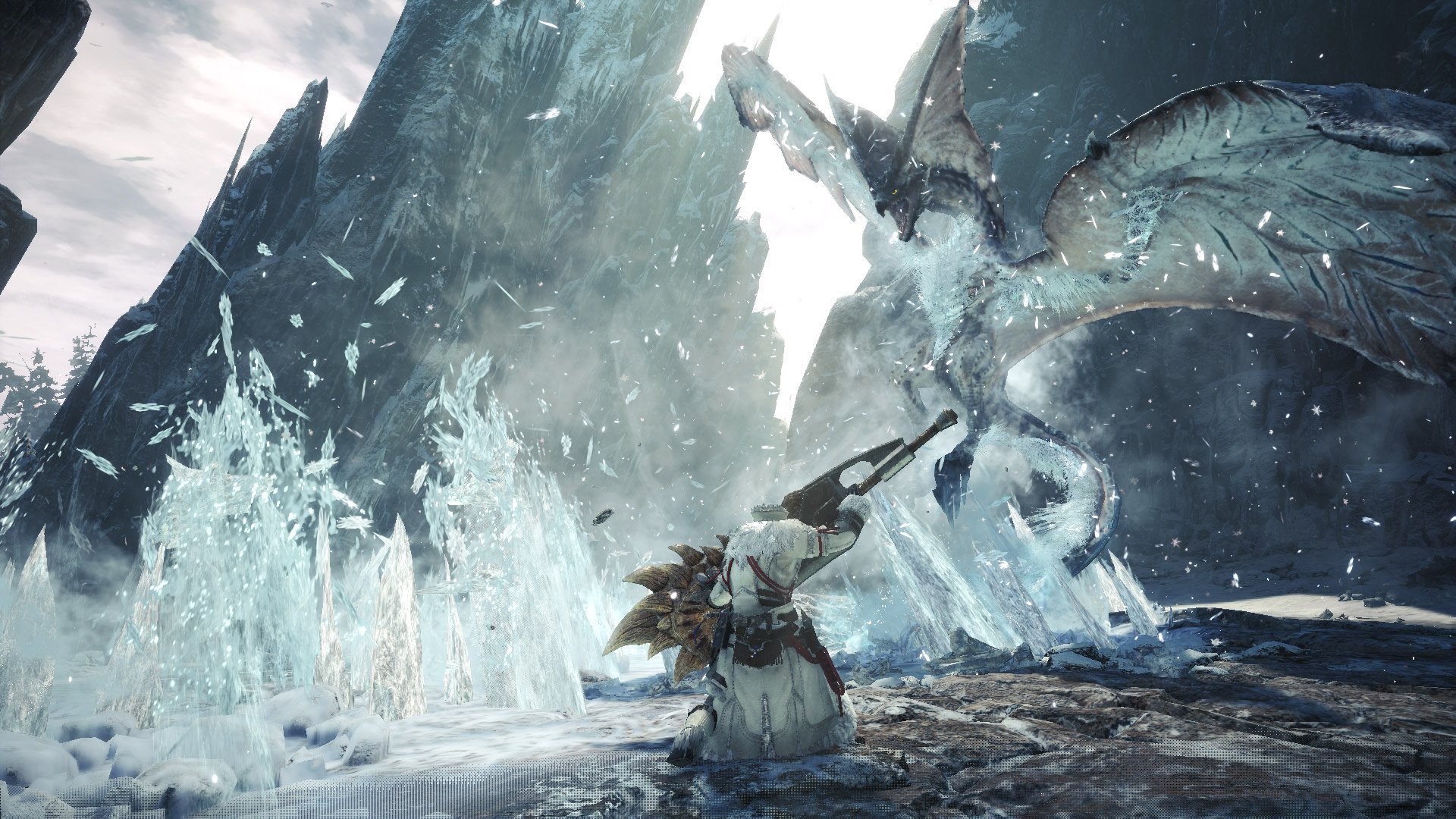 Next up, Jagras riding. It’s not something we needed per se, but I’m so glad it exists. Here’s how it works: “Set a specific destination or let your monster follow nearby monster tracks, while you pick up items, shoot Slinger ammo… or just enjoy the ride.” Capcom refers to this as “Raider Rides.” 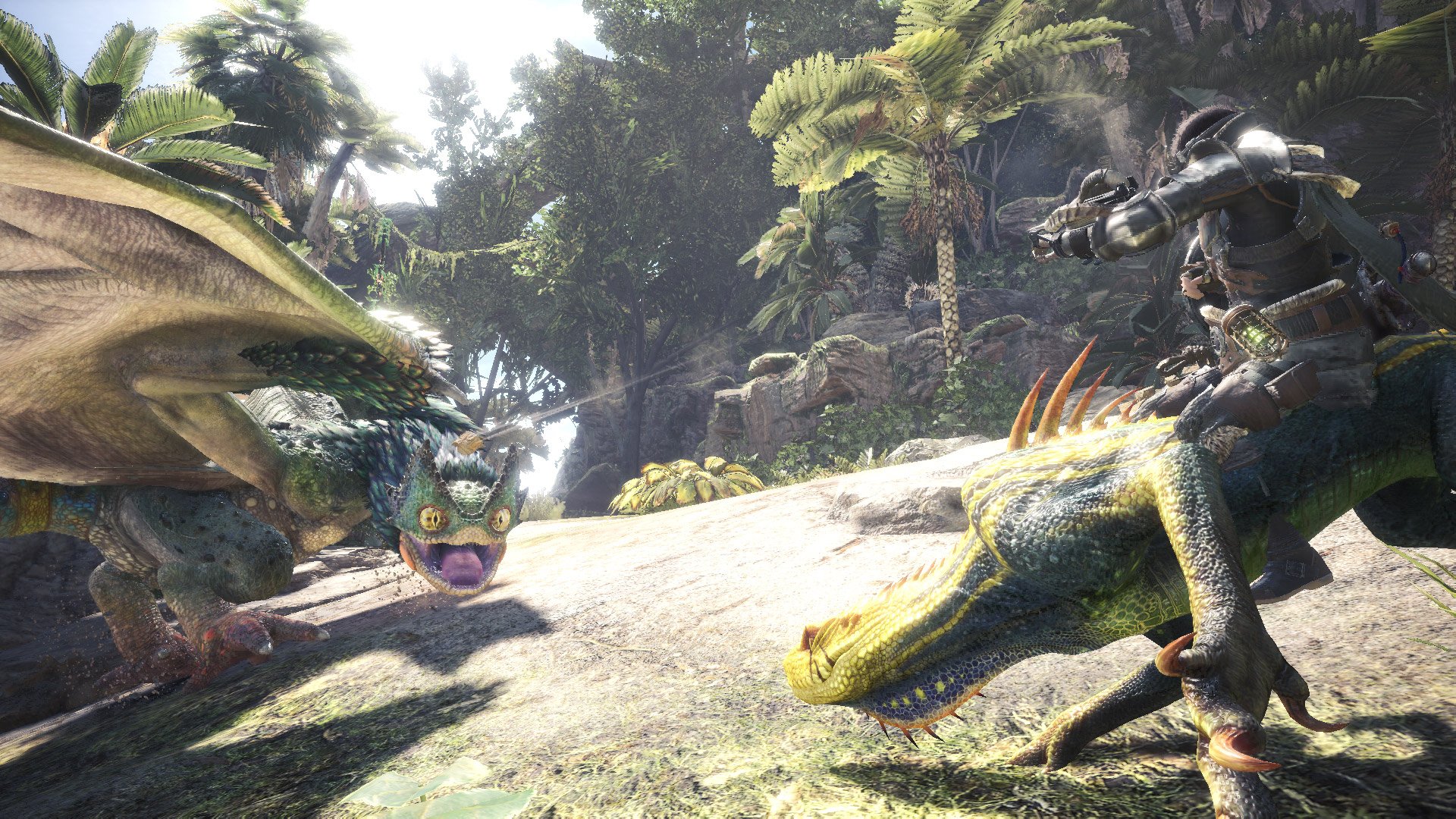 Finally, there’s that tease at the end of the trailer. Not to totally overshadow Tigrex, but yeah, Glavenus. It’s worth reiterating that Hoarfrost Reach is the “largest map in the game.” What else is out there?

I just got back into Monster Hunter this weekend. The idea was to familiarize myself with the controls so I’ll be able to slide into Iceborne‘s E3 demo without having to acclimate, but now I’m full-on hooked. The camaraderie of fighting giant, cool, sometimes unpredictable beasts with other people is out-of-this-world fun. I’m not even working toward a specific fashion goal at this point – I’m just playing purely for the sake of it. Gosh this game rules. My expectations for Iceborne are high, and so far, so good.

Banbaro and Tigrex will both be in Capcom’s E3 demo. I’m ready for the latter to eff me up.

There’s a new contender for apex predator of the Rotten Vale in #Iceborne… pic.twitter.com/UuCB3SjCx0