When indie developers ask me what they can do to get their game noticed by press, one of the first things I tend to tell them is that they need to be able to sum it up with as few words as possible. A subject line, a tweet, or a title should be long enough to tell me what makes your game interesting.

Move or Die certainly manages to sum up its appeal succinctly. It’s a game where you die if you stop moving. Pretty simple stuff. Thankfully, the execution is interesting enough to keep my attention beyond just an interesting core concept. 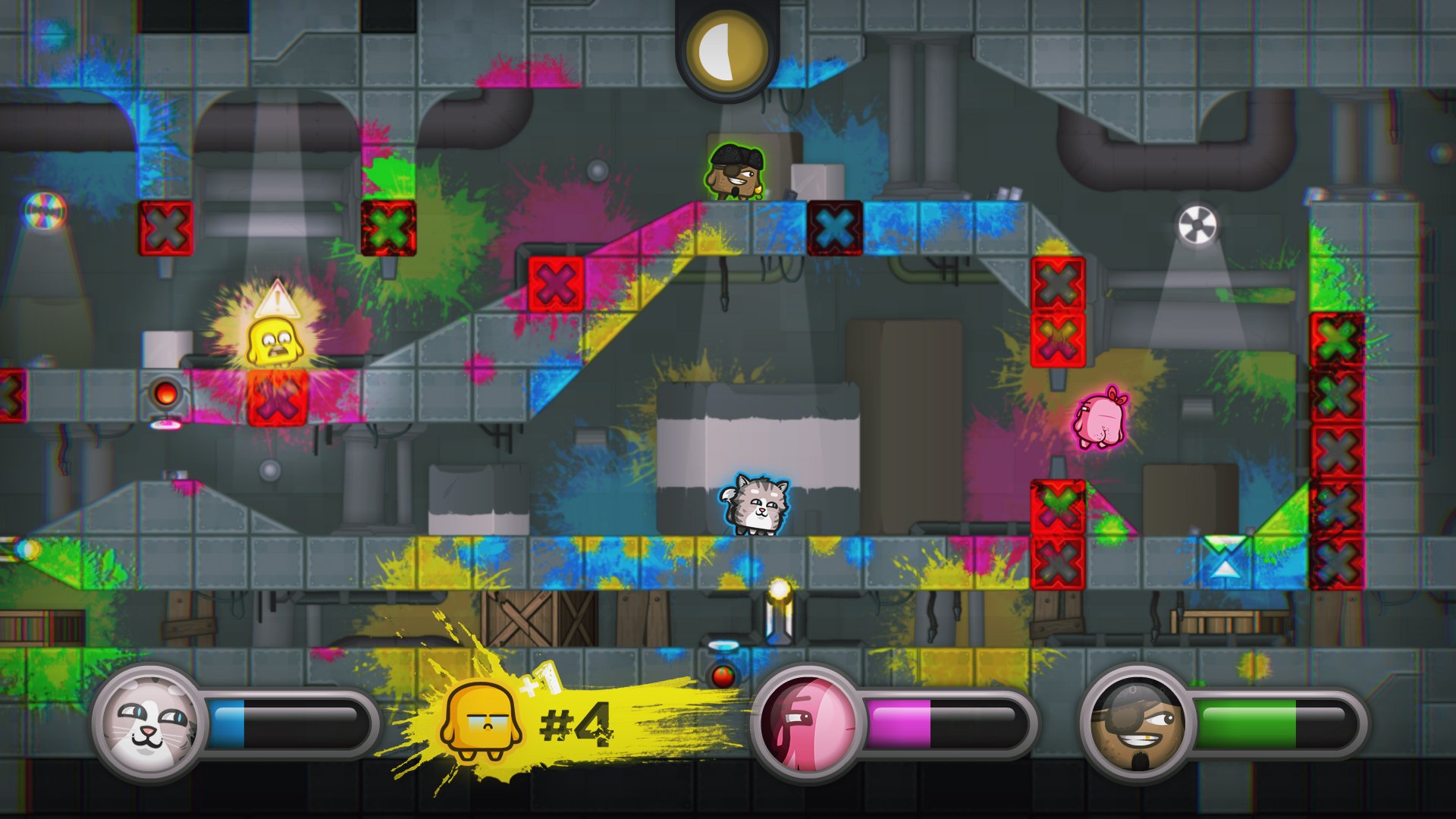 Move or Die is a four-player competitive party game. Each player controls one brightly colored blob, whose health drops rapidly if they stop moving for even a moment, and regenerates if they resume movement. Different rules or modifiers are added each round, complicating movement in various ways, with additional failure states varying between modes.

While moving without stopping would be quite easy by itself, when falling blocks or deadly hazards that your enemies can push you into are introduced, you start being forced to weigh safety and careful platforming against the need to move at all times. Within a couple of rounds, I found myself recklessly trying to race under projectiles against my better judgement for fear I might not be able to wait long enough for them to safely pass me. That lesser-of-two-evils risk management gameplay became a real challenge.

The structure of Move or Die encourages reckless risk-taking, either in movement or damage avoidance. The fact I knew my death was due to taking a risk I had been somewhat forced into meant I was often frustrated, without a clear idea if I should place that feeling on myself, the other players, or the game itself.

Still, seemingly no matter how many times I was frustratingly close to survival, I felt like victory was within my grasp.

Due to a combination of gameplay speed and health loss rate when stationary, matches in Move or Die never took more than a minute or so to complete. This short match length, combined with the multitude of match modifiers in rotation, meant that I was able to see a variety of gameplay types in a relatively short period of time. This helped considerably to offset any frustration caused by the risk-encouraging nature of the base gameplay loop.

Overall, Move or Die‘s core concept works well, and the hectic nature of matches means that it is the kind of party game that’s easy for new people to jump into and feel like they are not just continually losing. It’s out on Steam now, and it’s updated semi-regularly, so go check it out if it seems your thing.