A new update just hit Dota 2, and it brought with it another slew of balance changes in the form of the 6.81 patch. Buffs and nerfs abound, and the future of the game has changed once again. Many have claimed that the 6.80 version of the game was really damn good, and I would certainly agree. Changes had to be made to certain Heroes though, and Icefrog is not one to keep us waiting for long.

I’m not including every single changehere, but I have included the ones I feel are worth talking about. I’m also not talking about the bug fixes specifically, but let it be known that the Dota 2team at Valve really went all out for fixing so many bugs in this patch, including ones that they just introduced (like the Vengeful Spirit bug)!

And please! Let’s discuss this patch in the comments. We’re already seeing some interesting tournament picks (Sniper?!) which is exciting! 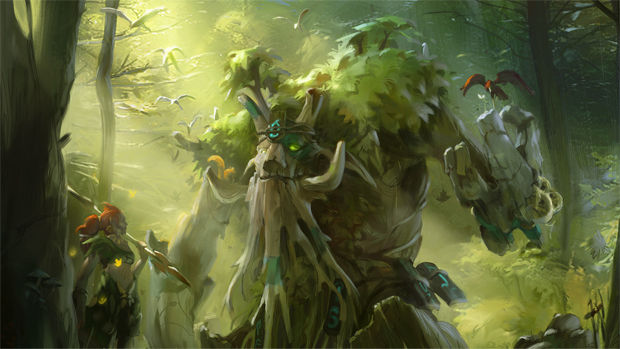 Treant Protector is my favorite Hero, and remains untouched in 6.81! He’s still first pick/ban material for many teams. I’m so proud of him.

Pretty big buff for Abaddon. This will make him a much more clutch Hero than he already is. Nearby teammate potentially going down? BOOM, Aghs ult can save them. With a 900 range on this bad boy, I expect some premium teammate saves to be seen.

Some people have always defending Chilling Touch, especially when concerning the early game, but this certainly doesn’t help. Those five extra points could be the difference between securing First Blood and giving up First Blood. I’d have to see the change in action first though.

I always wondered why this wasn’t already the case. No more helicopter Axe, but also no more regular non-spinny Axe. This is a great change and I’m not sure it’s a nerf or a buff.

Again, if going mid this could be pretty significant, but won’t matter much otherwise. Personally, I love Beastmaster and would like to see him picked up more, even if he tends to just be a walking ult + Hawk.

Bloodseeker gets even better! This Hero has really come into his own recently, although the pro scene doesn’t seem to recognize this. A NINE second silence at level 4 that can’t be dispelled? You could put this one TWO people with a three second overlap. That’s ridiculous! Huge buff to Bloodseeker.

This also carries over to the Fire Spirit when Primal Split is active, and really sounds like an interesting buff. Brewmaster is one of the carries I feel decently competent playing, and I’m happy to see anything to help him out. I know Eastern teams favor him more at the moment, and I hope this helps people remember to bring him back into certain lineups!

Hooray! Broodmother isn’t complete garbage anymore! I don’t think Brood is a terrible Hero, but I do think that something needs to be done to allow her to be able to help teammates in an instant. Someone smarter than me suggested giving her webs charges, which sounds like a real good solution, and would allow her to TP to a tower to help her team when needed.

Good buff to Chaos Knight, as that extra illusion can really help his early game. Hell, it can always help. It never hurts to have more illusions on an illusion Hero. Just like Brewmaster, I hope this change brings Chaos Knight back into the conversation for certain lineups.

This is actually a pretty big dent into Dazzle’s game. Poison Touch is already a great skill so removing the ministun probably won’t remove Dazzle from the competitive scene, but it’s a good way to balance an already popular Hero without crushing him.

I actually just played a game where this could have made a difference. Our Nyx was chasing a very low Drow Ranger, and as a last ditch effort she threw out a Gust, only to immediately die. That extra 0.3 seconds is actually enough to allow Drow to turn around and create space between her and a melee Hero.

Yay! No more cheesy creep strats that are lame. Also, the second fix is another one that just makes sense and should have always been that way.

Woah, pretty huge buff to Echo Stomp here. Now if only I had any idea how to use this Hero effectively.

Ember Spirit is everywherethese days. This is a pretty big hit to not only his early game thanks to the Searing Chains nerf, but his overall effectiveness with his Sleight of Fist damage nerf. That damage nerf is HUGE! His risk vs. reward ratio is slightly lessened, but I’m not sure this will make him disappear from the competitive scene.

Didn’t really expect Faceless to be buffed here. He’s a really solid Hero that just got thatmuch better. He fills the hard carry role better than most and I’m sure we’ll see him more and more in lineups.

BIG buff to Homing Missile here. I believe that these buffs can rocket Gyrocopter back into the pro scene. Homing Missile is such an interesting move, and I’m glad to see it buffed up.

As great a buff as this is, I don’t think it will help Huskar competitively. As for pubs, WATCH OUT for Huskar because I hate that guy ugh.

The EMP change is one that needed to happen. I’m glad it did, because it brings Invoker into the realm of not being so ridiculous. I don’t think this will do much to hurt his presence, just a fix that normalizes him. 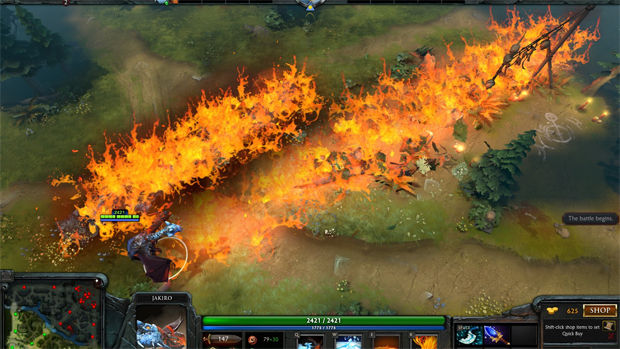 THESE ARE AMAZING. Have you seen the new distance on Macropyre? IT’S HUGE! Throw it up towards the tier 3 tower because why not? It lasts 14 seconds! Jakiro is back baby, and here’s not going anywhere until they change him again.

Keeper of the Light

Day Keeper. This is a good change. I don’t see it as groundbreaking or first pick/ban material, but as something that changes the way the Hero plays for the better.

The X Marks The Spot change is the most interesting here, since it allows teammates to base travel and heal up real quick if they need to! I expect to attempt this and be a second too late on casting X, making my teammate simply travel home. I’m sorry, future teammates.

LICH BUFFS! More building spells always make me happy, and the Chain Frost buff is ridiculous. These could theoretically turn Lich into an anti-push hero, who can transition pretty well into something else. I really hope to see more Lich, though I don’t think the “Ancients Trap” is anything really noteworthy here.

I’m glad Lina’s ult finally got a buff that separates it from Lion’s. She really needed that, since her ult really was lackluster in comparison.

We could see return of the magnanimous Magnus! These are both good buffs and really help out Magnus’ early game. Perhaps more Magnus + Enigma combos are in our future? I’m always up for more “wombo combos” so count me in!

These are incredible buffs to Medusa. So incredible, in fact, that I could see competitive teams building team compositions with her in mind. I’m not generally a fan of super-farm Heroes, but I love Medusa’s ultimate ability and I feel bad that I’ve literally neverseen her in any major tournament since she was added to the game. All of these fixes dramatically change this Hero, and I’m keeping my fingers crossed to see Medusa in some games.

Necrophos just keeps getting better! As if Heartstopper wasn’t already super annoying (especially in mid), the range is even further! His ultimate buff, combined with the recent disabling of buyback, is going to be incredibly frustrating. Unless he’s on my team. In which case, BOOYA!

Holy shit, 50% evasion chance at level 4? That. Is. Ridiculous. I definitely expect for Phantom Assassin carries to be picked from here on out. FIFTY PERCENT!

This is an awesome change! Imagine Purging two characters at once? That could change a teamfight real quick. Shadow Demon is already a very popular Hero, and he just got so much better!

Here is a video of some of the highlights of this patch in action. Courtesy of YouTube user diesmiling666.

Terrorblade needed a nerf, and I think this is a pretty decent one. That Reflection slow at level 1 was absolutely ridiculous, and I am very thankful that it changed. Now if only I could convince my teams to actually gank him early on so he doesn’t become unstoppable later…

Sixty percent! Anchor Smash working on Ancients! Is Tidehunter coming back? I hope so, he’s always been one of my favorite Heroes to play and watch, thanks to his ability to make BIG PLAYS. Serious though, huge buff here to Tidehunter and I really hope it brings him back into the scene. [insert joke about making a “big splash” here]

This Snowball rework is really interesting. I’ve liked Tusk conceptually since the beginning, but have always had a hard time finding a place to put him on teams. This change can make him a solid initiator, or even a roaming ganker? I’m still a bit unsure, really. Where does Tusk fit in for everyone else?

Undying has always been a great Hero, but he doesn’t fit the most popular lineups currently. These buffs make it seem worth it to change up lineups aroundUndying. Tombstone is one of the best skills in the game thanks to its great utility, and it just got better! Combined with the Soul Rip and Flesh Golem buffs, I can’t wait to continue picking Undying every chance I get.

Hooray! Finally a Hero that encourages me to do what I’m already best at: dying! This jives so well with her ultimate that I think it’s a great change to an already wonderful Hero.

A pretty big hit to Visage’s early game, but I don’t know that it will affect his popularity that much. He’s still very strong in particular tri-lane lineups.

This Windrun change is another change that just makes sense. I always thought it disjointed projectiles until I actually tried to do so myself. Also Kudos to Icefrog for making Focus Fire more appealing thanks to Aghanim’s, but it seems as if getting a Scepter on Windranger feels like money wasted, except for maybe some niche builds and situations.

Zeus! A Hero I always completely forget about always. These changes to Lightning Bolt make the Hero much more appealing. I am very curious to see how this affects Zeus’ popularity. I don’t want to make any crazy assumptions like “ZEUS MID NEW META,” but it’s certainly possible with these changes. All it takes is one team to find his true potential and it will snowball from there…