[This promotion is by no means an admittance to addiction. Have your own dark secrets and vices to admit to? You can get help, or start a blog in the community!~Marcel]

On November 28th 2014 Nintendo started selling little pieces of plastic that were molded and painted to look like their characters. They were called amiibo and they quickly became known for their addictive qualities among the community who collected them. I’m a member of that community and I’m an amiibo addict. I currently own 97 of them and have even more preordered.

It all started with the Super Smash Brothers line and, now that it’s finally finished (at least until they release a Switch version that adds more characters), I figured this is as good a time as any to talk about how I became addicted to collecting amiibo and recount some of the crazier war stories.

You wouldn’t know it now, but I actually thought amiibo were stupid when I first heard about them. I couldn’t see myself getting into them because they weren’t articulated (I like posing figures) and didn’t really do anything I cared about in the game. If only I’d known how bad things would get.

The only one I actually wanted was the Wii Fit Trainer. I found her existence so hilariously stupid that I had to have her. So I cruised on over to GameStop only to find out she had sold out. Then I went online and learned that she was one of the first “unicorns,” which is what we call amiibo that are nigh impossible to find. Me being me, I took this as a challenge. After a little searching, I found out my local Walmart at the time (which was a ghetto-ass Walmart) had her in stock so I got over there pronto and bought her.

That was my first hit. There was a rush. A rush of finding and acquiring something that was rare. A thing that lots of people wanted but you were the one to get it because of your badasscollecting skills. In retrospect I think this is what hooked me on collecting these things. That thrill of acquisition sent a hit of dopamine straight into my brain and boy-oh-boy did it feel good. 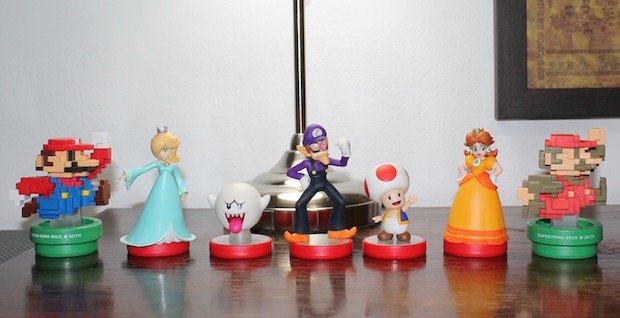 Of course at the time I had no clue what had just happened. I was just happy to get my stupid Wii Fit Trainer toy that shouldn’t have existed. While I was there though, I looked at the other amiibo and they grew on me. I was mainingPeach at the time and she looked pretty good so I decided to get her. And I really liked how they did Donkey Kong’s fur so I wanted him. And Fox looked badass so I got him too. And Samus was cool so I had to get her. And oh shit, I’ve got five of these things now when I was only planning on getting one. Uh oh.

Then Wave 2 was announced. That’s when the addiction started to get its hooks in me. I wanted Pit, Zelda, Captain Falcon, and Little Mac. So I went to my local Target on the day of release (this was before we started camping out to get them) and found out they only had Zelda, and Little Mac. I bought both of them not realizing that Little Mac would become a Unicorn. That’s probably a good thing because I really didn’t need another hit yet.

Wave 3 was when it got bad. And when I say bad I mean BAD. At that point we’d learned that Nintendo was not making nearly enough amiibo to meet demand. The worst part is I wanted more from that wave than any other so far; Toon Link, Ike, Mega Man, Sheik, Shulk, Rosalina, and Meta Knight. The only ones I was able to preorder was Meta Knight and Shulk. I wasn’t really able to get out to the stores to buy the exclusives and I missed the online preorders so I ended up buying them from Amazon France of all places. I absolutely had to have Rosalina and I figured I might as well put Lucario in there as well to justify the shipping costs. 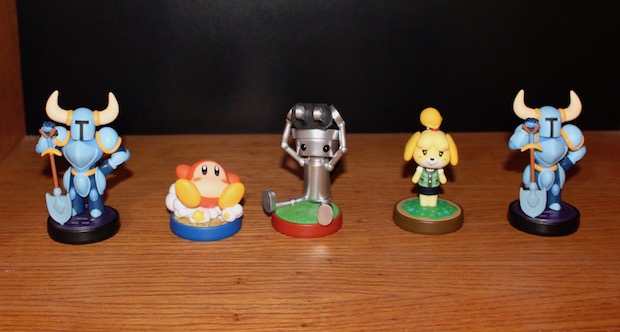 At this point I started learning tricks to collect the figures. I netted quite a few of them thanks to NowInStock.net sending me text messages when they came in stock. It got me Captain Falcon, King Dedede (who I now wanted because he was rare), and Ike. I decided the next wave would be different. This time I would preorder them so I didn’t have to hunt around. It would be easy. It wasn’t.

The Wave 4 preorders were a complete and total clusterfuck that I will never forget. First there was Toys R Us. They announced that they were going to open preorders around 7:00 AM. I didn’t trust that so I stayed up until 3:00 AM (midnight Pacific time). It turns out my paranoia was well founded because someone posted the preorder links on the amiibo Reddit and they were gone in under 15 minutes. Lucky for me, I got them all but a lot of people were really upset that morning. That meant there were only the two other exclusives left, Jigglypuff at Target and Ness at GameStop.

Target went live with Jigglypuff preorders around noon. The website was fucked due to the sheer amount of people F5ing it but the app still worked so that’s how I got it. That left GameStop. They kindly announced their preorders would go live at 3:00 PM EST. We killed their website at 2:57. It turns out the website and store computers were on the same network so it took over 30 minutes for people in the stores to get their preorders. This was made even worse when they ran out of Robin and Lucina because they didn’t have separate pools for people buying them individually or in bundles. So some people spent half an hour waiting for their bundle to clear only to find out they couldn’t get them. Needless to say, they weren’t happy.

By the time this all was over I’d been awake for about 35 hours straight.

Since I wasn’t able to get a Ness preorder, I had to sit outside GameStop to get him. Because by this point I was so insanely paranoid, I decided to go there at 4:00 AM and sat my ass on a chair until 10:00 AM when they opened. Because I was damn well going to get my Ness and Splatoon amiibo (I only had the Smash ones preordered). So I stayed at my parents’ house and at 3:30 I walked half a mile to the GameStop with a collapsible chair.

Did I mention it was raining? Because it was raining. I also stepped in a deceptively deep puddle in shoes that weren’t waterproof. So I got to sit there for six hours with wet feet and the morning sun in my eyes because of course the GameStop would be facing east. Thankfully the shopping center GameStop was in had an awning or I’d have been in the rain too. In the end it turned out I didn’t need to do this because the next person in line got there at 9:30. I got my amiibo though and that’s all that mattered. I didn’t regret it.

This was the point where things eased up. Maybe it was because I got so good at preordering but it seems like none of the waves since then have been nearly as bad, with the exception of thesecond Zelda wave. That was another complete shitshow. They released three Links and they were all retailer exclusive.

Best Buy screwed this up the least. They had preorders for Majora’s Mask Link online and you could most likely get him at the store if you lined up before it opened. GameStop was worse but still acceptable given the shortage. They had preorders for Twilight Princess Link online and in-store but none available for walk-ins the day he came out. Amazon was by far the worst and pulled a complete dick move. They put Skyward Sword Link up with no warning and made him exclusive to Prime members. Because fuck you if you don’t pay them $100 a year. I got the MM and SS Link but missed out on TP Link because I didn’t get a preorder.

I did end up getting the Twilight Princess Link. He had a small in-store-only restock and, in what was nothing short of a miracle, my local GameStop happened to be the only one in the city that had him. The rush when I got him felt just as good as I remembered. 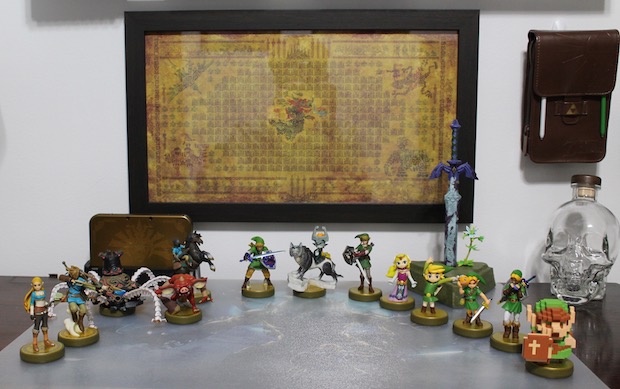 Of course none of this would have happened if Nintendo just made enough of these. It isn’t rocket science to get enough toys-to-life figures to meet demand. Disney and Activision both managed it so there’s no excuse for Nintendo not to. This doesn’t just happen with amiibo either. They don’t make enough special editions of games either and don’t even get me started on the NES and SNES mini. Nintendo needs to get their act together and make enough product to meet demand. Their fans deserve better.

That being said, I came to a shocking realization while I was writing this; I had fun collecting these things. I was actually smiling while I remembered the hell I went though to get my figures. As crazy as it is, the challenge and thrill of the hunt was something I genuinely enjoyed and I would do it all over again in a heartbeat.

I think I have a problem.