There’s something about games like Harvest Moon that really grabs me. Do a little farming, hang out with my neighbors; it’s a relaxing escape.

Just last year I lost a good six-month span of being productive to a little game called Stardew Valley. My next obsession might be another of these small-town role-playing games called My Time At Portia. If you want to see for yourself, you can download the alpha on Steam. 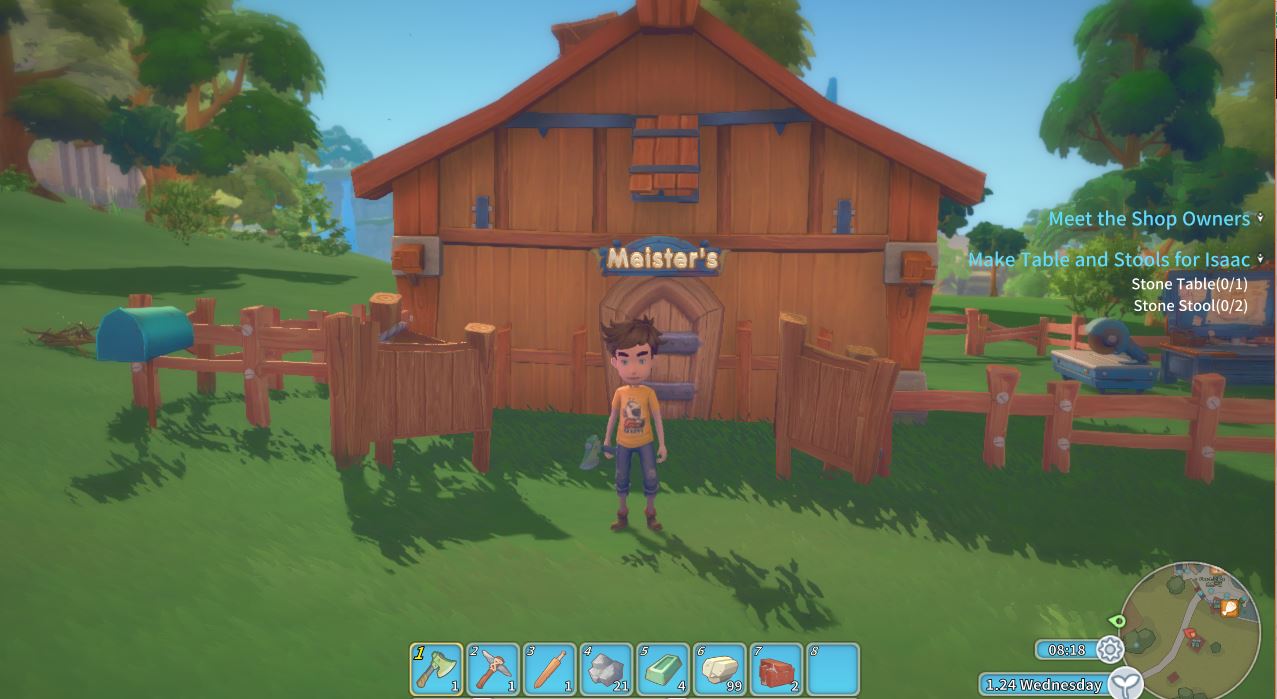 In My Time At Portia, there’s a whole lot you can do — fight monsters, mine for ore, beat the crap out of your neighbors — but your primary goal is to become a successfulworkshop by fulfilling orders from the townsfolk.

In the 1.0 Alpha, the big citizenrequest to complete is building a bridge to a nearbyisland. In order to do so, you’ll need to first scavenge for materials, either around Portia or inside one of its ruins, which serve as mining areas.

You can use your workstation to build tools and some essential items, but the assembly station is what you’ll use to create large-scale objects, like the bridge pieces. If you want to build these bridge parts and upgrade tools, you’ll need to smelt down ore into bars at your smelting station. Ore can only be found in the ruins I mentioned earlier.

Only one ruin is available in the current build, and imagine my surprise when I attempted to enter; I would need 80 Gol to gain accessto the mine. I had no clue how to go about getting money, so I went back to basics. I built a practice sword at my workstation and started killing lamas and selling their meat. This took some time, but eventually, I had the required 80 Gol.

I would later discover you can earn money by fighting with the townsfolk, which sounds like a lot more fun.

The 80 Gol to enter the ruins also rents you an artifact radar and a jetpack. The radar helps you locate valuables hidden deep in the rock, like fuel sources or old parts you might need to craft something, but we’re really here for the ore. The coloring of the bedrock gives you an idea of what you’ll be digging up with your pickaxe. A brownish color typically means copper ore, while a gray is stoneor tin ore. 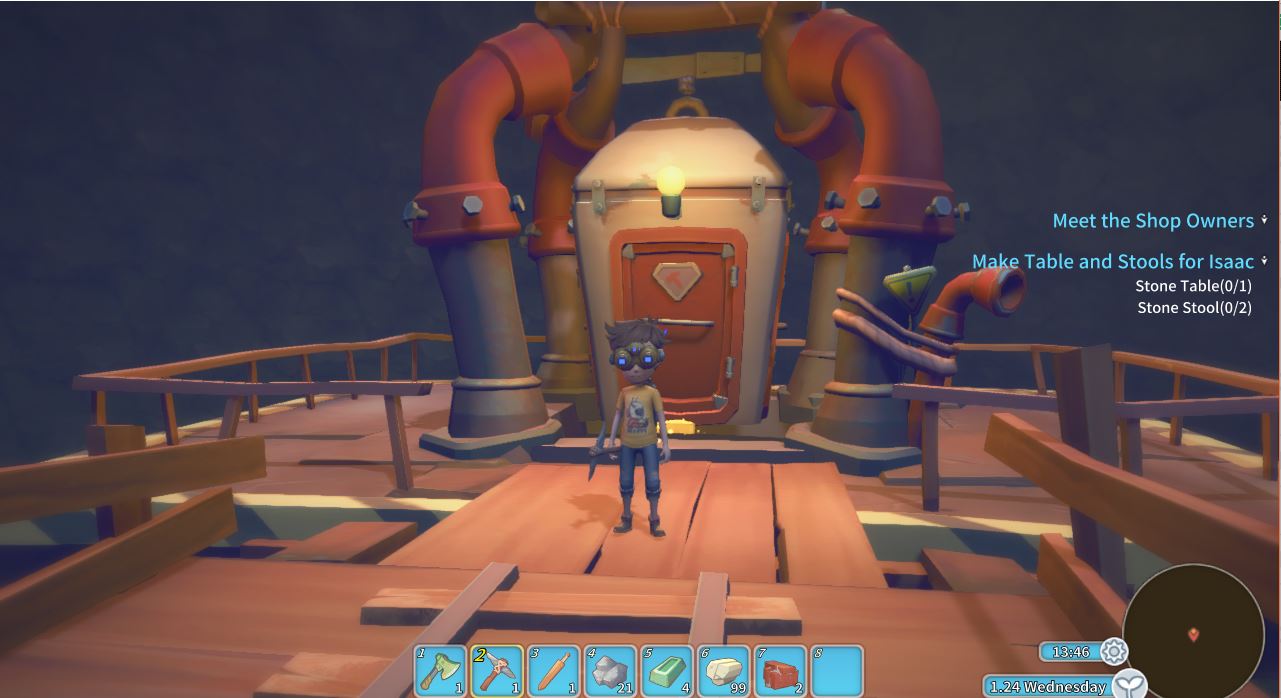 After multiple visits to the mine and a lot of time spent smelting copper and bronze bars, I finally completed the bridge. Along the way, I got to experience a few scripted events, like helping a neighbor collect her lost chicks and a town festival where presents are thrown from a balloon.

Until the alpha updates, there isn’t a whole lot left to do, but I’llrun some errands for townsfolk and try to craft some more builds from the journal. For right now My Time At Portia is rough around the edges, but it could easily get its hooks in me.

Also, if any developers are reading, you should really rethink that name. It’s pretty bad.