My Tomodachi Life is just as strange as I am

The allure of a digital life is what inevitably led me to become much less of an internet hermit during my adolescence. There’s something to be said about reinventing yourself from the ground up, whether you’re just altering your appearance or taking on a new personality entirely. My avatars and digital representations of myself are usually grounded in reality, except they’re always cuter, thinner, or a lot cooler than the real me.

That’s part of why I was drawn to the bizarre, yet wholly irresistible charm of Tomodachi Life. It’s colorful, quirky, and more than a little nonsensical, and as my time with the painfully short Tomodachi Life: Move-In Version drew to a close, I was left with one thought lingering in my head: why can’t I just go ahead and purchase the full version now? 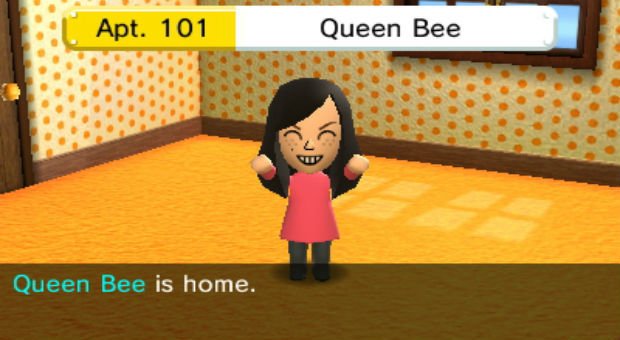 I was hooked from the very beginning, importing my own Mii for a bit of narcissistic fun on the island I would soon become the caretaker of. The peaceful-looking apartment complex I would soon move into belied the off-the-wall charm and happenings of the rest of dear Kalopsia Island, which I had named myself. But before I could dig into Tomodachi proper, I had some editing and refining of my Mii to do.

I made some necessary physical adjustments and altered my Mii’s eye color, height, build, and hair, and then went onto the important stuff: giving little Queen Bee a voice and personality. You can alter your Mii’s voice by starting with a default timbre, or you can go wild and use the sliders to assign a voice that makes sense for your digital representation or whichever wacky character you’ve decided to create.

When all the vanity choices have been decided, you have a set of sliders to adjust to give your character a personality, mixing up how direct your Mii’s conversation style is, how quirky they are, how friendly they are, and other various subsets of personality that will become integral to the interaction between island inhabitants. 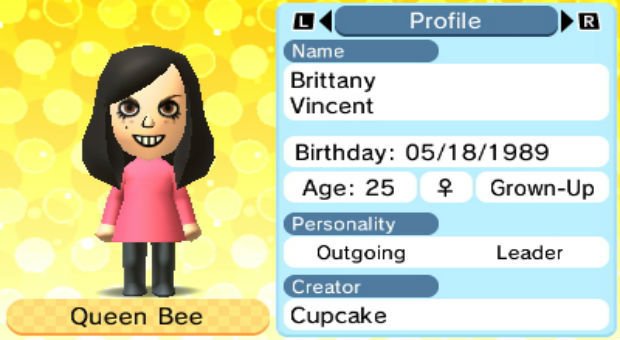 Queen Bee mirrored me quite nicely, receiving an “outgoing” demeanor distinction and “leader” personality type. I may have been a little kind with my input, but hey — she’s supposed to be a cuter, better me, anyway.

Once I got through the customization process, Queen Bee moved into her apartment straight away, where she began speaking to me and introducing herself. Her speech brought back flashbacks of the many late nights I would spend fooling around with Windows Text2Speech and listening to their singing demos. And I loved it.

Her pronunciation of my island name, her name, and other words was spot-on, though of course her voice was nowhere near the way I wanted it to sound — such is the nature of these types of synthetic voices. It still brought a smile to my face when she introduced herself to me and immediately lamented the fact that she was hungry. Just like me.

Since there are only a limited amount of areas to explore within the Tomodachi Life demo, I ventured out to the store, where a few different types of food are up for grabs. I was curious as to what I would be purchasing said food items with since I had just started the game. You receive a set amount of money when you start the game, but pleasing citizens of the island and doing favors will earn you more, little by little.

I absent-mindedly rubbed my Mii’s belly and she seemed to like it, which earned me some pocket change. When I brought her a nice, juicy steak to eat and dragged it over her body for her to gobble down, she was pleased as well, and I made back almost all I spent on the steak. I mused on how similar we were and how much I liked steak as well. And soda, delicious soda. 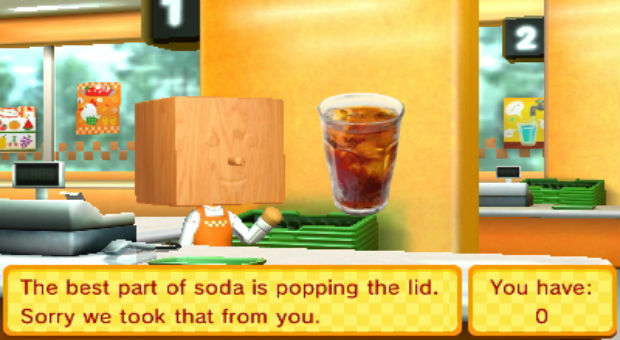 But Queen Bee wasn’t enough for my tastes. I needed more Miis to join the fold. I added my boyfriend and Josh Homme to the apartment roster, and soon I was completing favors for them like nobody’s business. Josh wanted new decor for his apartment, so I chose one that had been given to me at the start of the game. It completely reworked his living space into a beach bungalow of sorts, but I didn’t have any left for poor Queen Bee, who just wanted food all the time. And my already paltry inventory was dwindling.

Luckily, completing favors for my Miis yielded experience and items as they leveled up, as well as the ability to learn new catchphrases and poses. I bestowed Queen Bee with “go with the flow,” and a defiant posture. It looked ridiculous. It’s something I would do. I giggled cantankerously. My level-up gift was a can of hair spray, so without a second thought I used it and turned Queen Bee’s black hair a bright pink, just like mine was only a year go. She seemed to enjoy it, and all was right with the world. 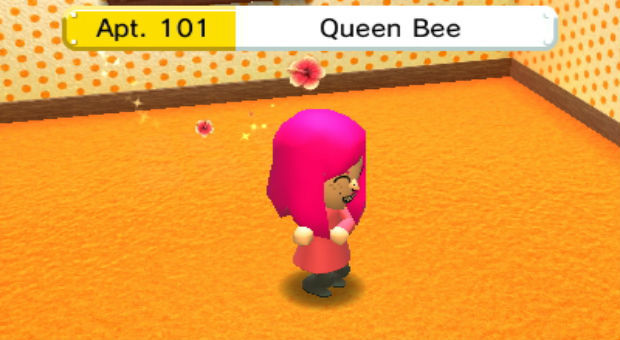 Without items, however, or a store at which I could purchase additional things aside from food, my time with Tomodachi Life would be shortened considerably. The Move-In Version only allows a particular number of favors to be completed and only a few Miis for your apartment.

There wasn’t much else to do aside from watching them occasionally interact after everything had been completed. I turned on the game at different times during the day to see what they were up to. Sometimes they’d be napping, sometimes they’d be rolling around in the floor, and sometimes they’d be chatting with each other about inane things. And like any other life sim, they just chill out and do what they want to do. You watch and interact, and give them guidance. And it’s some of the most fun I’ve had with a handheld in quite some time.

I watched my Miis visit the beach and look out at the water and kept buying them food after the demo had “ended” officially until the Concert Hall opened up for a sneak peek. I got to watch two of my Miis performing a bizarre “metal” song that ended right in the middle, for some strange reason. The little skull hair clip was spot-on, too. 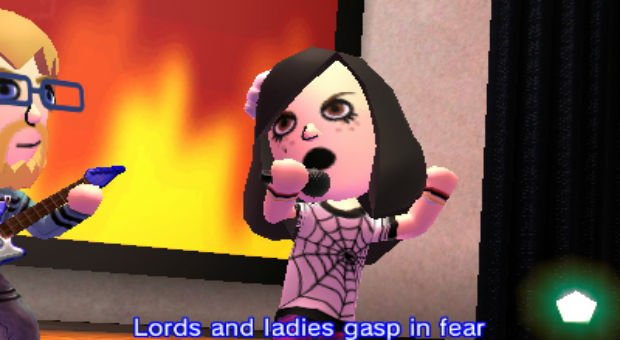 By the time I had exhausted all of that, I was ready to fast-forward to June 6. Tomodachi Life is indeed one of the quirkiest, silliest life simulators I’ve ever had the pleasure of playing, and while my annotated experience was only long enough to get a rudimentary feel for how things will unfold, if the entire game is as random and fun as the demo, then I’m going to be a very happy camper in the next few weeks. And I’m hoping there isn’t some kind of torrid love triangle between my boyfriend, Josh Homme, and me.