Hmm…how about we go with ‘homely’

Sure, Natural Doctrine doesn’t look great (well, the environments; it does look better in miniature on the Vita). It’s a far cry from directorAtsushi Ii’s gorgeous minimalism in Patapon.

But Kadokawa Games’ first internal venture can get a pass for looking a bit dated if the core gameplay can hold up, and it just might. ProducerKensuke Tanaka felt that JRPGs were “lacking in difficulty,” that they didn’t “make you think,” NIS America representatives explained. Natural Doctrineis an answer to that.

However, NIS America was not able to answer why exactly the lead in a fantasy RPG of orcs, magic and lizard men is named Jeff. 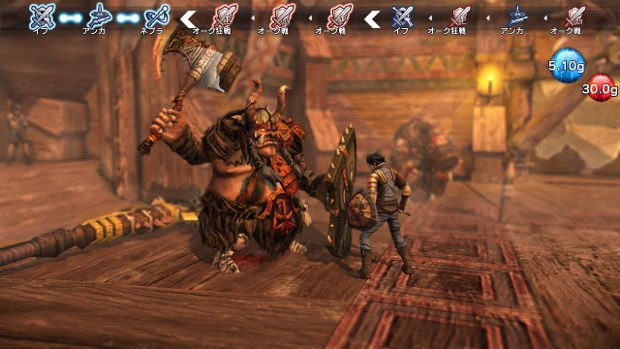 Natural Doctrine‘s UI has been an illegible clutter in what we’ve seen so far (which is sort of extensive, as it’s been out in Japan for months), so I was glad to finally get some clarification, though nothing will beat playing it for a few hours to figure everything out.

First, it’s like a cross between Valkyria Chroniclesand a grid-based SRPG. Though large, outlined, adjacent squares? You can move anywhere within one — moving into a new square, crossing a boundary, is what counts as a movement. And your free positioning within squares is actually meaningful.

The first map shown involved catching up to protecting a character who will essentially be your first mage, if you succeed. If you don’t succeed and he dies, you should probably start over. I’m told that’s the case with any character, really. “You come in with a team, you better leave with that team.” And so part of defending this mage involved getting your troops to his square and actually setting up a defense wall around him because enemies will need line of sight to hit (I saw a lot of shots from a ranged gunman bounce ineptly off of a piece of wall later in the demo — third person view is helpful to avoid that). 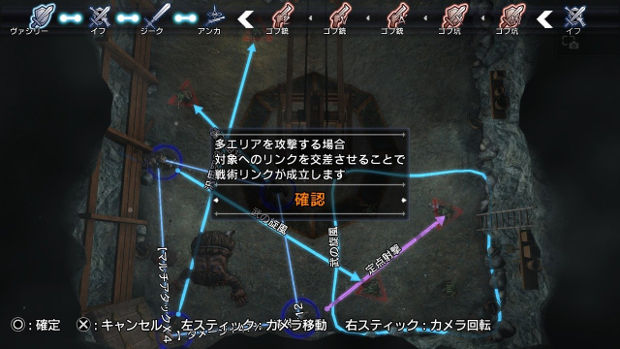 As for the messy top of the UI, that’s the turn order, but it’s fungible. Doing an action with in the same square (or an adjacent square) as one of your units activates Linking, which changes up the turn order. While the Initiative above may alternate you, enemy, you could theoretically link everyone and get all your turns in — though you’ve opened up for your enemy to do the same.

Also key are same square Link attacks which get stronger as you move your linked characters away from each other, which is great for extra offense but could compromise any defensive positioning you were working with. Grouping is also useful because everyone in an attacked square will counter. An adjacent, ranged fighter can also counter without being attacked if close enough.

Things like terrain and positioning also matter (for line of sight). You can even friendly fire your own units if you’re not careful. Killing an enemy also makes the attacking unit move into the adjacent section (provided it isn’t filled with further enemies), which can sometimes screw you over, as I saw in a later level. 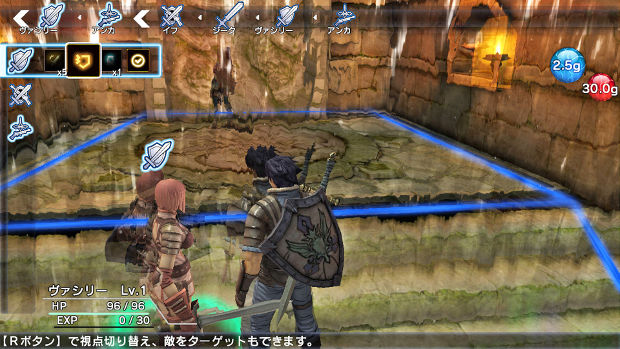 You could spend three turns trying to close a gate, requiring enemies to flank around (and giving you more turns to pick them off slowly) or brute force your way through. Our demoer took Jeff and set him up with some buffs and set him to guard the space right behind the gate. This prevented enemy troops from moving up and allowed him to counterattack while ranged units also attacked. But our demoer fell a few times, once when a successful attack forced Jeff to move up a square, into the open, where he was unceremoniously wrecked.

After finally making it through, more, stronger enemies showed up. Thankfully, someone asked Kadokawa to throw some checkpoints in so some of the longer stanges wouldn’t need to be fully replayed (especially since you’re advised to restart upon character death). This is more of an XCOMsituation than other SRPGs. There’s no grinding, just the main missions. And you’re given the soldiers you have to use for each mission, though you can respec characters at the onset to some degree. They have specialties, of course, and you’ll want to keep your mages for their invaluable healing and strong offensive magic — if you conserve enough Pluton, the MP source, which doesn’t always replenish between stages.

It all seems as if Natural Doctrineis a bit antagonistic. It is. But at least you can hold down a button to fast forward enemy turns.

It won’t be cross-buy, but the PS3, PS4, and Vita versions will be cross-save and cross-play — there’s also a multiplayer component where you play with units of all four in-game races (in the story, you only play as humans) that you earn by playing multiplayer and getting trading cards. Each unit card has a cost to play, so you will hopefully not get steam rolled by someone just because they have stronger units than you.

And I forgot to only refer to the game as Natty Doc. Shoot.