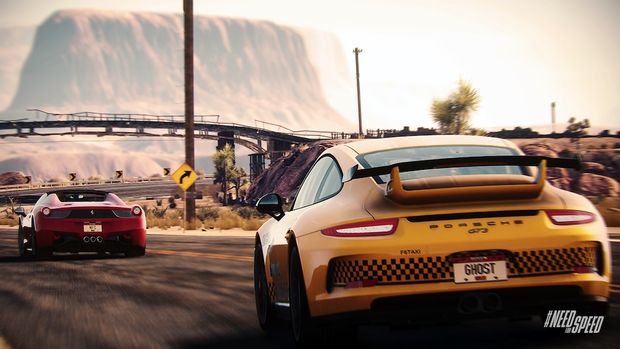 Mostly, Need for Speed Rivals is all about going fast in cool cars, just like its predecessors. But this new one lets you dig down deeper to race your way with a new progression system and options for customization.

You can play as racers or cops in Rivals, and both sides have a progression system that has groups of themed assignments that follow different styles of gameplay. For example, you can pick the Patrol path as a cop and learn the basics, or go Undercover for different objectives that have you doing more daring things. Being an Enforcer has you out busting balls on the road.

Racers have their own progressions, grouped similarly. With each, you’ll pick your preferred style and create your own path, with completed blocks opening up new ones. As you go down the path, story bits and rewards will be unlocked. And you’ll also unlock personalization options.

Fans have been asking, so Rivals will now have a healthy amount of customization options, including changing car rims and paint colors. Feel free to add stripes and decals, too. Working through a progression will have you unlocking coveted full body wraps for your cars. These wraps will have cars standing out among the rest. 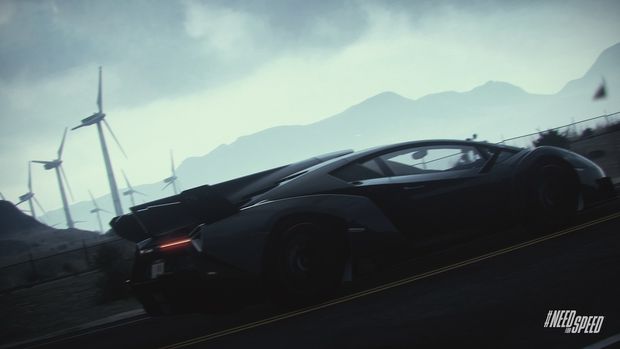 I had a chance to take Rivals for a spin in group play. The game’s All-Drive system lets you freely interact with any other players on the road if you’d like. Or, if you’re feeling antisocial, you can just go off on your own. I switched between being a racer and a cop, having a good time on both sides plowing others off the road.

I kept my eye on a separate screen in the room that showed an overhead map of the world. This Online Need for Speed Network view showed white arrows to mark where players dropped into the world. I made those my targets. 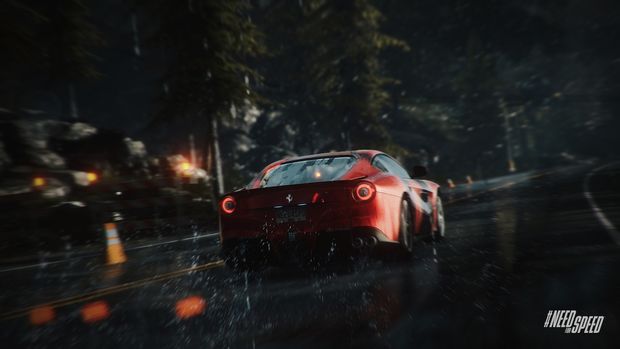 I think someone demoing the game from Ghost Games was onto me and was sending out punishment. With an iPad and access to the NFS Network, players can watch the overhead map and send out punishment (or assistance) at will. I think someone was setting up roadblocks to trap me. Troll. And they might have been topping off others’ Nitro tanks to help them out. All of this is possible from a tablet, adding a new play type for the franchise.

From what I’ve seen of Need for Speed Rivals so far, I wouldn’t say that it’s much different from its predecessor, Most Wanted. It’s still that same jump-in/jump-out open world filled with car chases and races. At its core its still the same crazy game, but they’ve added new gadgets, revved up the visuals, and further blurred the line between single- and multi-player racing. Something totally different would have been nice, but this is cool too. I’m a fan.