Nintendo’s NES Classic Edition has been THE must-have toy for the holidays this year, and it’s been sold out pretty much everywhere since it released on November 11. Much like the early days of the Wii, the consoles are going for up to five times their list price on eBay. It’s pretty clear that Nintendo vastly underestimated the demand for this thing, so rumors of restocks have been met with eager anticipation.

According to Twitter, Best Buy stores will get at least one more shipment of the miniature consoles before Christmas. Oscar Muñoz received this image in his email, saying that the NES Classic Edition would be available in all Best Buy stores “tomorrow,” but with a date of December 20. It appears as though the email was sent early in error. 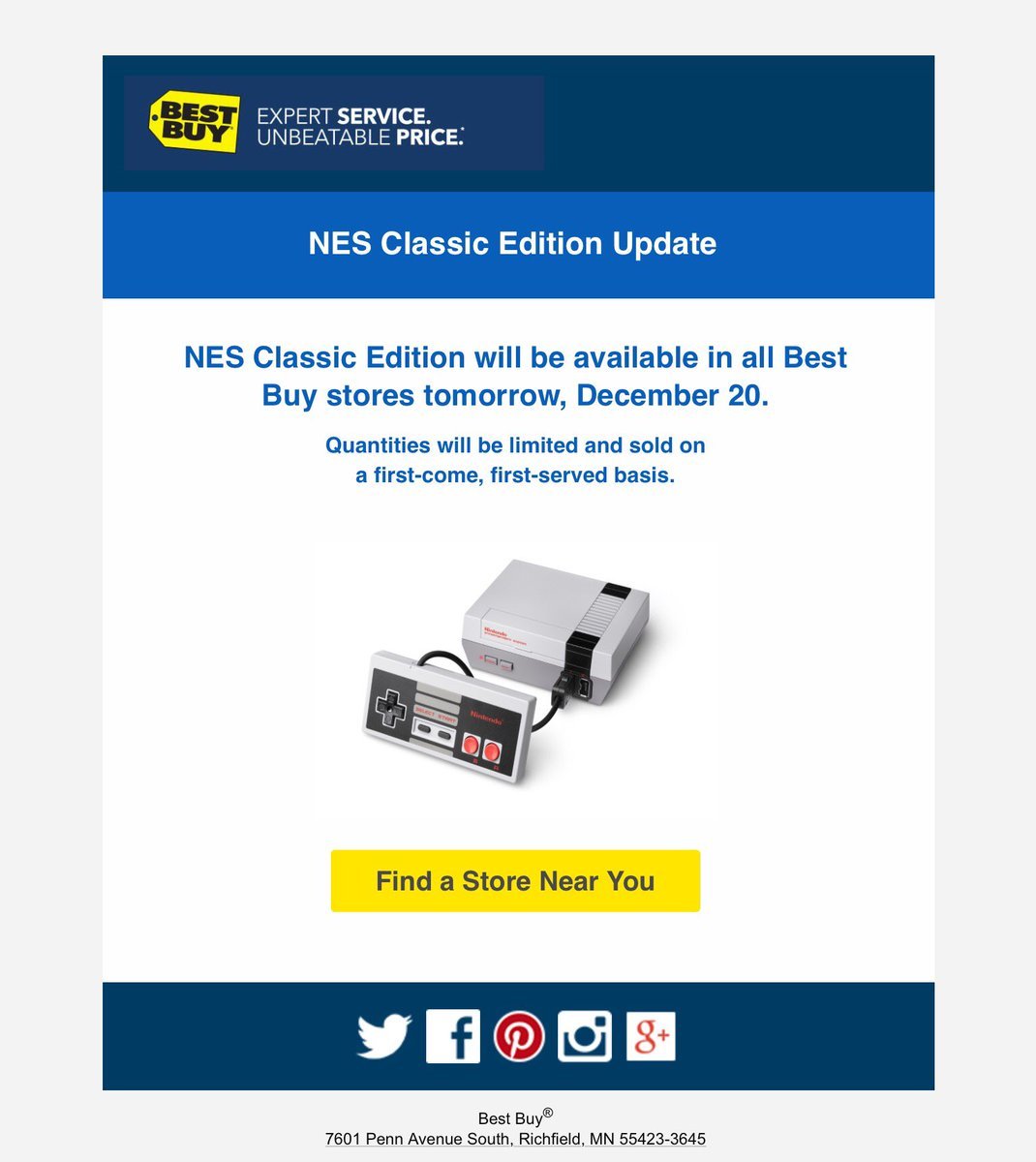 Nintendo Everything reached out to Best Buy for a clarification, and were told that yes, the email was sent out too early. The clarification takes care to mention that the NES Classic consoles will only be available at their physical locations, each store will have limited quantities available, and that these will be distributed to customers on a first-come, first-served basis. 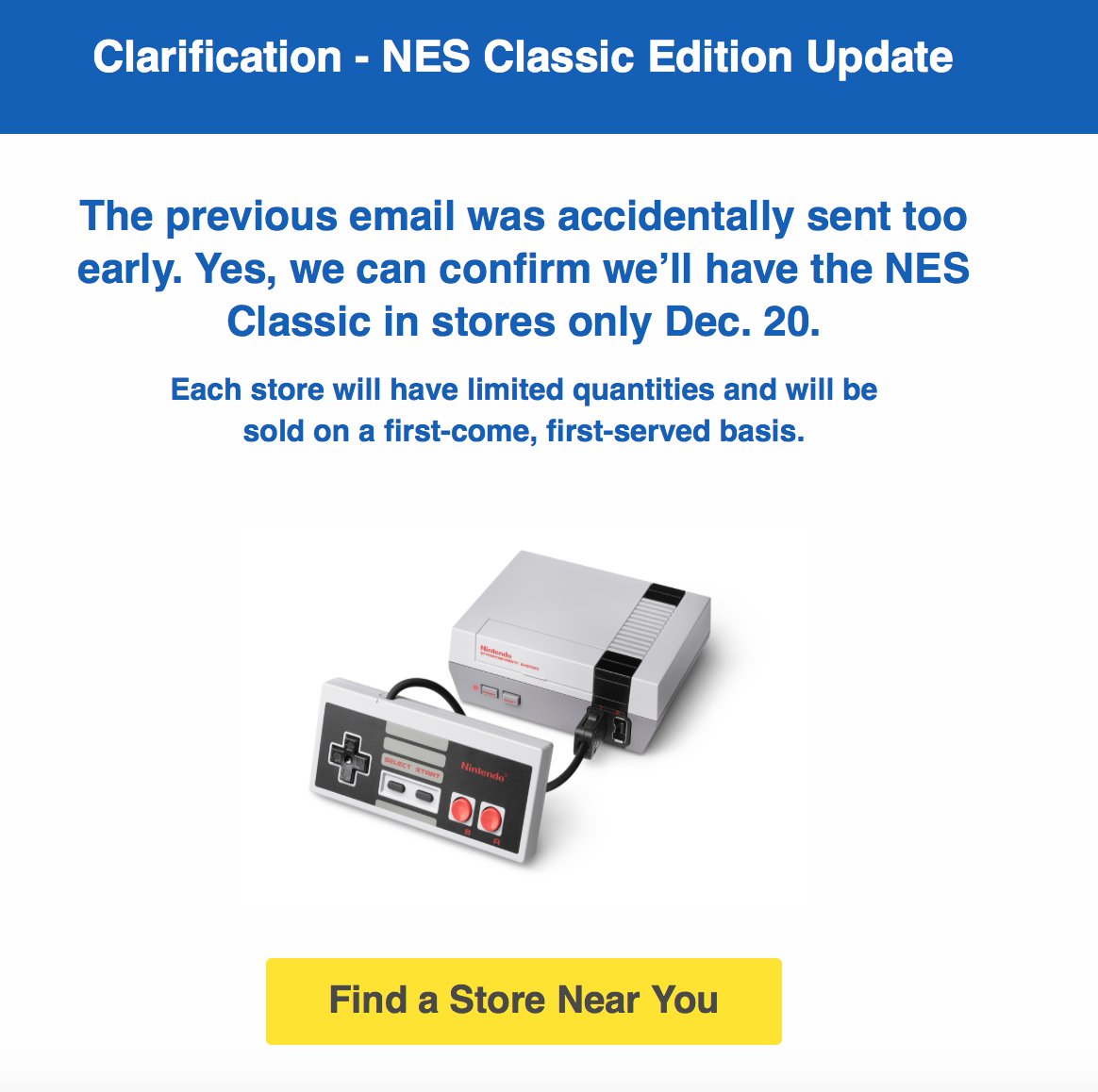 If you’re on the hunt for a NES Classic for Christmas this year, this is probably one of the last chances you’ll have to get one at a reasonable price. It might be worth checking out Best Buy stores tomorrow, just in case. And it couldn’t hurt to check other retailers on December 20, either. Just be polite to the employees when you get there, please. It’s not their fault Nintendo didn’t make enough of these things.