Guess who they are! Don’t look at the header image!

It’s been a great week for reveals if you like anime fighters. Alongside the trailers out of EVO and yesterday’s character reveal for Dragon Ball FighterZ, we now know two new fighters joining the roster of Namco Bandai’s Naruto to Boruto: Shinobi Striker.

As reported in Japanese publication Weekly Jump, Rock Lee and his terrifying eyes will be joining the battle, armed with his faithful Taijutsu style. Also coming to break heads will be fan-favourite Hinata, whose quiet demeanor belies the spirit of a warrior.

The article also featured a brief overview of some of the fighting styles available to the current roster of characters, which includes Naruto himself, alongside Sakura, Choji and Sasuke. Thanks to Goutou Gamer for the translation.

It’s looking to be a great year ahead for the anime fighting genre, and Naruto to Boruto: Shinobi Striker, will be hoping for a piece of the action when it drops in 2018 on PS4, Xbox One and PC. 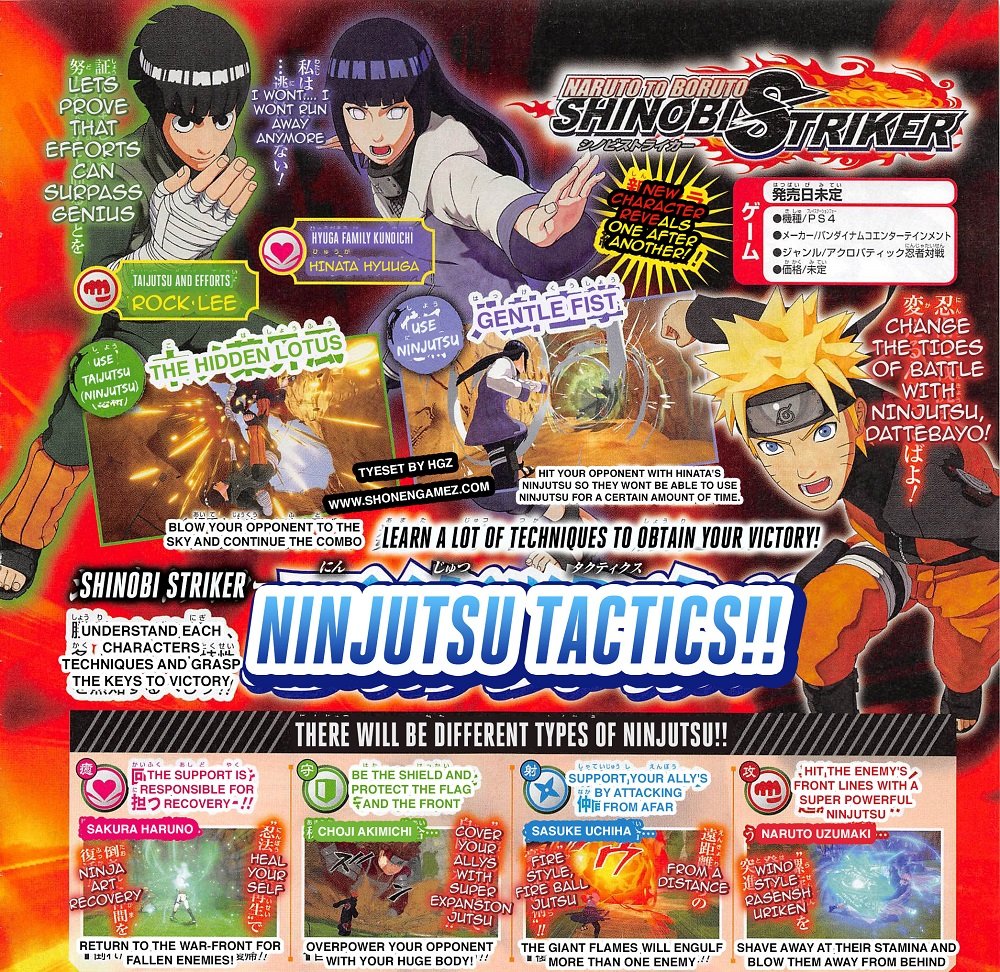