Today, Japanese Splatoon 2 players are battling it out over the surprisingly deep debate of base desires versus life’s natural beauty. The West is planning on following suit with its own philosophical battle, albeit a far simpler one.

The next splatfest, which goes live in America and Europe next week, simply asks which came first: The Chicken or The Egg? Pearl is pretty sure that The Chicken clucked itself into life first, while Marina, apparently horrified by such creationism, is going Team Egg. Either way, I know that the best way to settle this ancient brain-bender is to shoot each other in the face with ink for 24 hours.

Oddly enough, all of these recent theological topics might actually be getting to our favourite rap-rock duo, whose conversations have started to go down some… interesting paths. 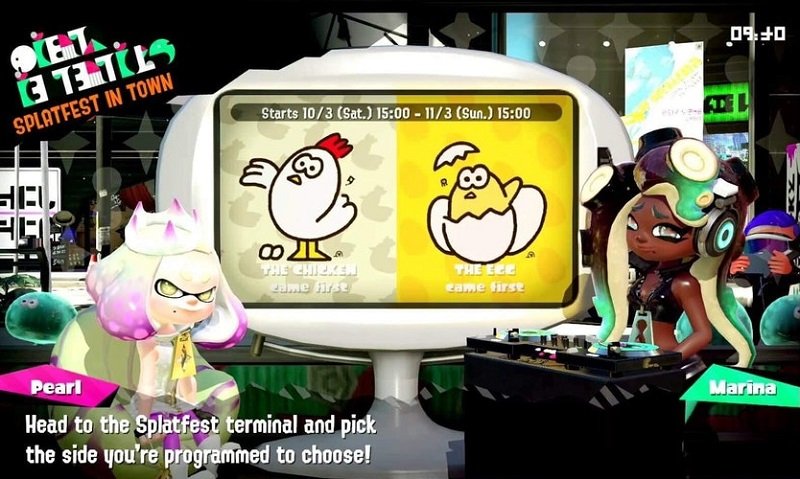 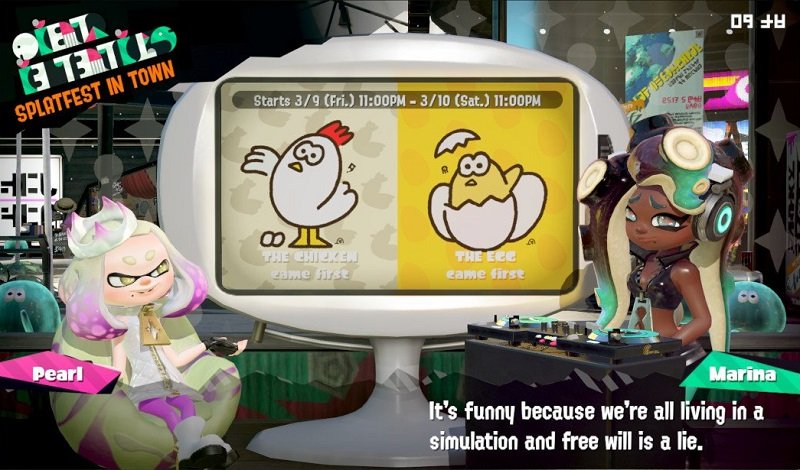