The wait will soon be over, or beginning, depending on who you ask

Tomorrow at 8:00 pm PT / 11:00 pm ET, Nintendo Direct will be showcasing its first glimpse of Animal Crossing for mobile, during a roughly 15 minute video presentation they have planned.

Previously announced in April of last year, alongside Fire Emblem for mobile devices, Nintendo has been rethinking (or arguably for the first time realizing) its mobile marketplace potential, ever since the release of Super Mario Run and its overwhelming popularity. 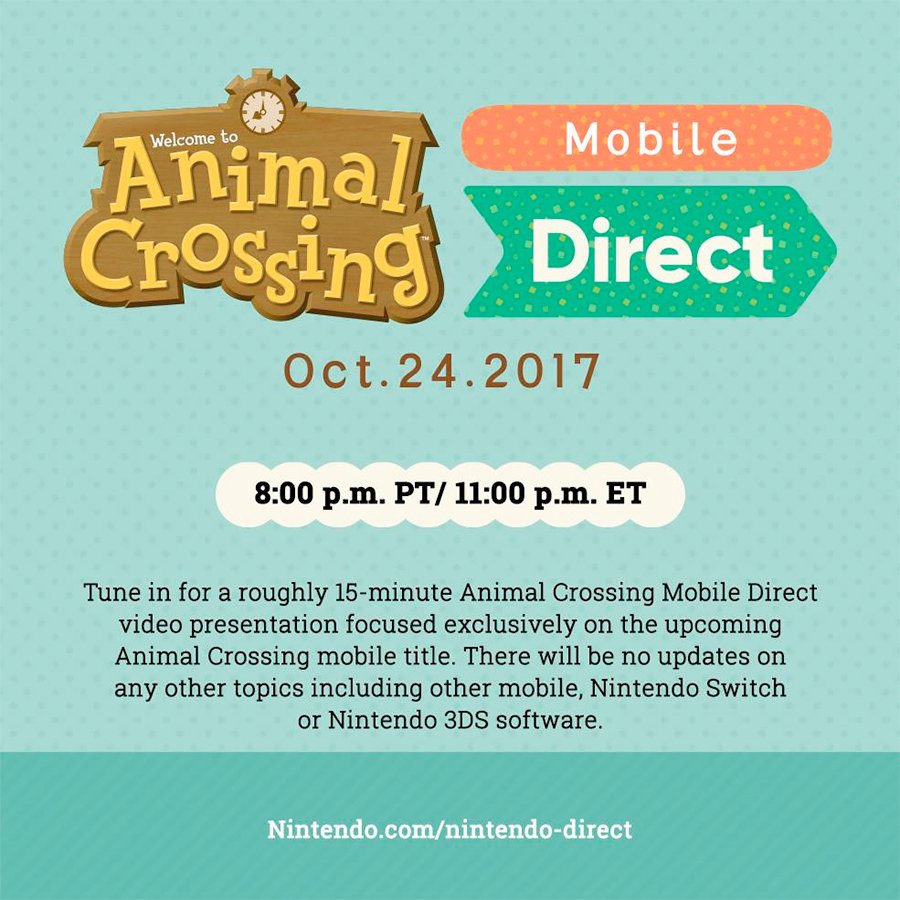 As of this writing, Nintendo have yet to confirm if the upcoming Direct will be exclusively for Japanese audiences, or if we’ll have an English language version broadcast alongside it as well.

Personally, as a fan of the series, and someone who wastes almost an hour nearly every day on Animal Crossing: New Leaf keeping my villagers in check, I’m a bit leery about a mobile release but, considering their past efforts, I still have hope.