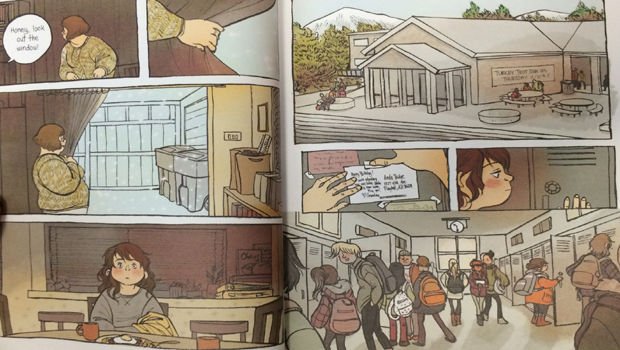 A beautiful look at MMO psychology, relationships and economics

First Second is quickly becoming one of the best small press comic publishers, especially for those who like videogames. Their Glorkian Warrior book and corresponding videogame are both delightful in their own right, though neither are particularly “about” videogames in any meaningful way.

In Real Life is more directly focused on videogames — specifically, MMOs and how they can have real life effects on people emotionally and economically. Based on the short story Anda’s Game, In Real Life puts us in the place of a teenage girl named Anda who gets deeply involved with an MMO called Coarsegold. I don’t play MMOs very often, but if there were a real game that looked like Coarsegold, I’d probably be hooked on it.

Like many coming of age stories, In Real Life starts with our teen protagonist relocated to an unfamiliar town, The writer Cory Doctorow and artist Jen Wang don’t spend too much time on this though, or any other extraneous details that would take away from the opportunity to focus on the story aspects you’ll only find in this particular tale. There is a lot of “show-don’t-tell” to set the atmosphere and establish character. Where other comics may have spent three pages on exposition on how Anda misses her prior home and feels uncertain of her place in her new school, Doctorow and Wang sum up that feeling in two panels — a shot of a gray, snowy backyard view through Anda’s kitchen window, and a shot of her face in cold resignation of her new life.

By page six of the story, Anda’s soon-to-be idol Liza McCombs is introduced as the catalyst for everything that follows. She’s one part Jane McGonigal and one part Felicia Day. That’s likely a pretty loaded description for some of you, though like with most aspects of the book, care is taken to not shove any particular ideology or social messages down the readers throat. The fact that Anda is a girl and a gamer is definitely an important part of her motivation, but those traits work to set the stage for her story, not take the spotlight. 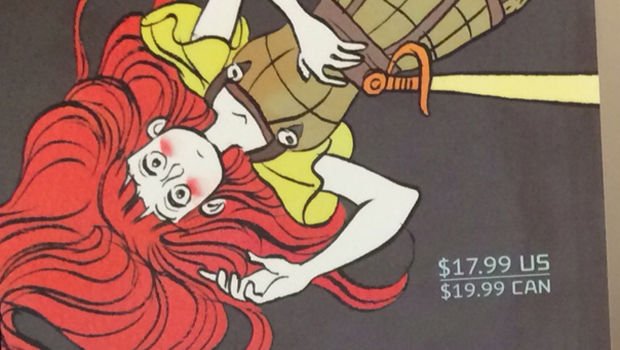 By page fourteen, Anda is fully immersed in the Coarsegold world, and like I said before, I would play MMOs a lot more often if they looked like this. The game’s mechanics, UI, and world are beautifully rendered by Wang in a style that recalls Paul Pope, Becky Cloonan, and Natasha Allegri. It’s smart and iconic while remaining whimsical and organic. The character designs are equally charming and imaginative. Seriously, make a Coarsegold game that looks like this and you’ll have a hit on your hands.

From there Anda discovers that her place in Coarsegold offers moral dilemmas that go beyond what the game itself has to offer. Her badass, tiger taming, in-game friend Sarge hits her up to help with some Coarsegold work that pays in real life money. People are willing to pay Anda and Sarge to kill in-game goldfarmers, represented by small, identical, childlike peasant characters. Sarge and Anda assume they are bots, working to ruin the Coarsegold economy to the benefit of foreign capitalists. Anda discovers that’s not always the case, forming a relationship with a Chinese goldfarming teen named Raymond. 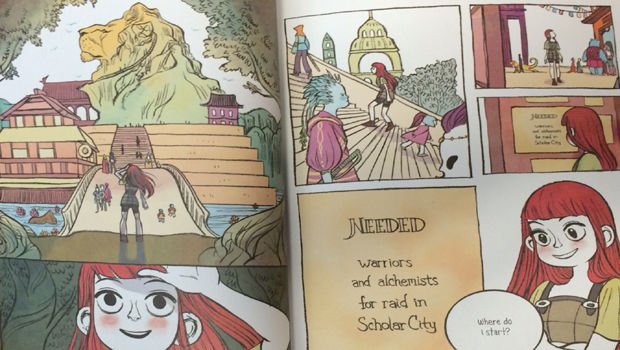 Though the world of Coarsegold offers plenty of fantastic action, everything in In Real Life is totally plausible. Anda learns to see parallels between herself and Raymond that open up her eyes to problems far beyond her charmed American life, and in doing so, learns how to see others as more than just NPCs, but instead as extensions of herself. It’s a story applying the power of videogames, economics, and empathy together to potentially make people’s “in real life” lives more fair, productive, and meaningful. My only complaint about In Real Life is that it’s not longer. It feels like the first extra long issue of an ongoing series. It’s clear that their are many more stories to tell about Anda’s life in and out of Coarsegold. Here’s hoping we are granted a look at those stories someday.