I have a hard time reviewing fighting games. There’s not much of a plot, and they tend to all be very similar in their basic mechanics. However,Rabbit is an interesting game that doesn’t get much attention, so I think it’s worth showcasing here.

Electronic Arts published Rabbit exclusively in Japan in 1997 for arcades and Sega Saturn. That’s right — Electronic Arts used to put out games exclusively in Japan. A company called Aorn is given credit for development; however, this appears to be the only game it ever released. My suspicion is that EA created a fake Japanese company so people over there would give Rabbit a chance.

At this point you’re probably wondering “Why would anyone name a fighting gameRabbit?”. I think most folks would assume it was a mascot platformer if they hadn’t seen a screenshot. Well, the hook in Rabbit is that each character has an animal spirit that helps them fight, similar to the “Stands” in JoJo’s Bizarre Adventure. One of the characters has a rabbit spirit, hence the name. But you could play a few matches without seeing the rabbit spirit, so it’s still kind of an odd title choice.

The best part of Rabbit (besides the pixel art) is the quirky line-up of characters. Here are some of my favorites: 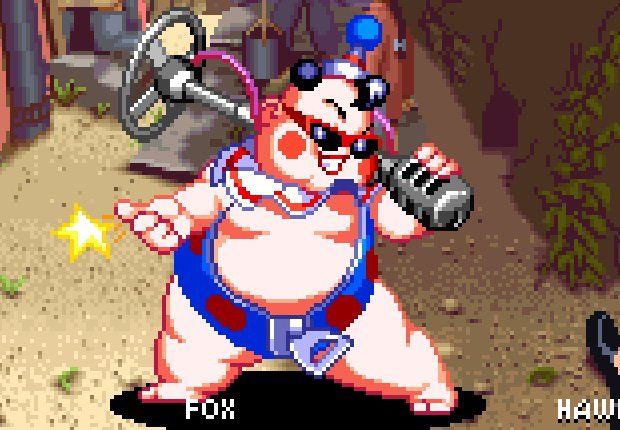 Eddy is the illegitimate son of Kim Jong-un and Kim Jong-il. As you can see from his onesie, he’s also a proud member of the adult baby community. When he’s not cracking skulls, Eddy makes his living as an Elvis impersonator. 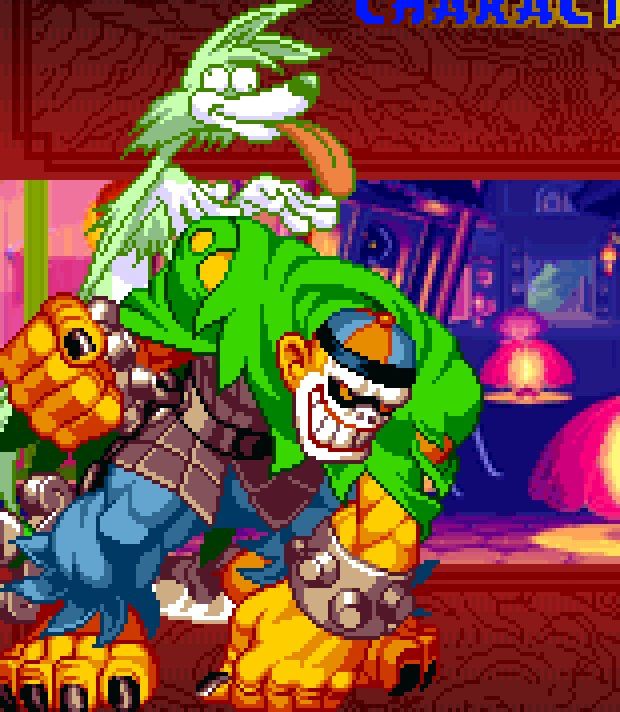 Hou-en was once an actor in the Chinese opera, but the constant howling eventually drove him insane. Now he’s a professional Juggalo who murders children with the help of his lovable, mentally-challenged pet “Fleabag”. 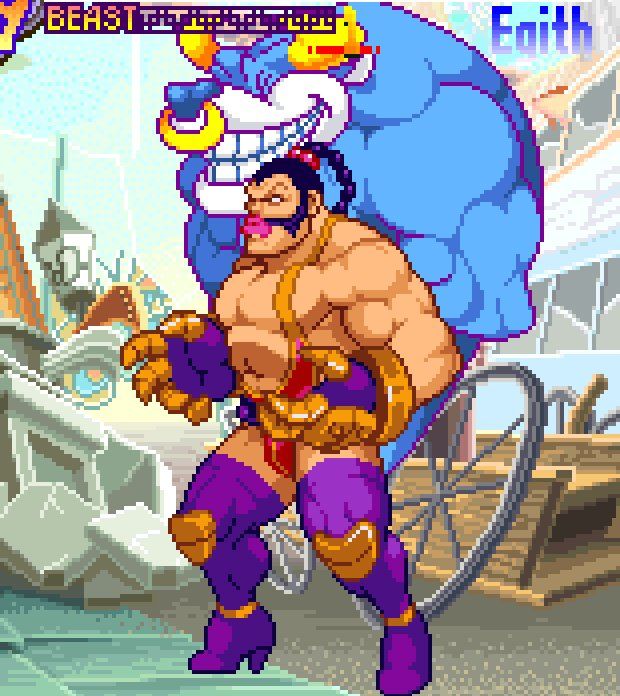 Egith puts the sass in assassination. He uses money made from killing people to run an orphanage. I’m seriously not making this up; it’s in the FAQ.

So, if you need another 2D fighting game for your Sega Saturn, then Rabbit‘s not a bad choice. It doesn’t have the biggest roster, but otherwise I think it’s nearly as good as any fighter made by Capcom or SNK back in the ’90s. Now watch me pull a rabbit out of my hat.