In honour of St. Andrew’s Day, let’s see the best Scots in videogames

If you didn’t know, November 30 is St. Andrew’s Day in Scotland. He’s the patron saint of this fair land (along with Russia and Greece apparently) so with some semblance of national pride, I decided to look throughout the annals of videogaming history to see if there were any standout figures. Sadly, Jamie “Challenge Scot” McGinn didn’t make the cut due to me being unable to accept that anything good has ever come from East Kilbride apart from The Jesus And Mary Chain.

Whilst there weren’t exactly a lot of characters to choose from, I did come up with an interesting list. I decided to forgo the most well known characters from licensed games, meaning there’s no Shrek, Fat Bastard (thanks again Mike Myers), Groundskeeper Willie or Scotty from Star Trek. So with that, down your whiskey [Joked to myself I’d change all the Scottish spellings and then he goes and spells ‘whisky’ like a Yank! – Ed.] and let’s get into the list.

Okay, okay… I said I was going to forgo the usual licensed characters but all the examples above haven’t really starred in their own game let alone appear in a fondly remembered platformer from the 8-bit era. Ducktales was a classic title for the NES and original Gameboy back in the late 80’s.

Scottish Much? Scrooge McDuck is well known for his fabulous fortune, which came from his penny-pinching ways — a fairly held Scottish stereotype. How was copper wire invented? Two Scotsmen fighting over a penny, goes the joke. I have to take issue with his constant pogoing, as that’s far too much physical exercise for your average Scot.

Jimmy is one of the four playable characters in the Vendetta co-op mode in the Darkness II. His main weapon is a big axe imbued with the Darkness itself, which is a weapon fairly common in Scotland. You can get them 2 for £10 at the Barras market. Also, North American friends, please stop pronouncing Glasgow as “Glass-cow”.

Scottish Much? See the problem with a character like Jimmy is that he’s Scottish stereotype 101; he’s a big ginger guy with a thick Highlands accent. That’s fine and all, but don’t claim he’s a Glaswegian football hooligan because, take it from me, they don’t look like that. Though, to be fair it does seem like he’s wearing a Celtic shirt. It’s like if a UK game developer created an American videogame character wearing a stetson hat that spoke with a Texan’s drawl and claimed he came from Seattle.

Surprisingly enough, another Scottish character made it into the co-op mode of a 2012 FPS. Callum is, again, one of four unique characters that you can control as they attempt to hunt down a crooked boat captain who’s nicked off with their stash. Playing as Callum offers no mechanical differences from the other characters, but I feel Ubisoft missed a chance here. I’d have loved to seen health packs be replaced with various deep fried fish and chip shop staples. For once, I’d love to see a character down a deep fried pizza in order to get back to full health.

Scottish Much? As opposed to Jimmy, Callum is the real deal; he uses the “c” word and he had a drug habit. This is a Scotsman from the world of Irvine Welsh, not Brave. 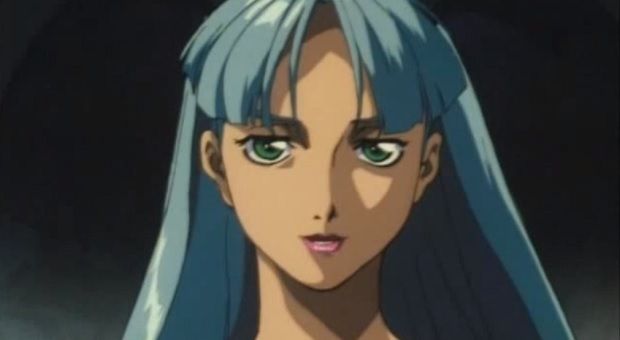 Morrigan Aensland is the succubus character from the Darkstalker series and until I started looking into characters for this list, I had no idea she was Scottish. Apparently born in Scotland, she was sealed away due to her immense power. Part of her powers created a new persona called Lilith that exists in another dimension. So pretty much like every woman I’ve know from Edinburgh.

Scottish Much? Not really; despite the character being derived from Celtic mythology, Morrigan doesn’t really have any Scottish traits. It kind of smacks of someone at Capcom wanting to have an Irish character but feeling that was too obvious. “What about Scotland?” someone in the office suggests. “It’s like kinda like Ireland but not as good?” “Great idea!”

Considering Rockstar North is based in Edinburgh, it’s not surprising little bits of Scottish humour have appeared in their games. Maybe the best example of this is Love Fist, the brilliant caricature of 80’s hair metal excess.

Scottish Much? Whilst the vocal performances of each band member vary, Kevin “Dog Soldiers” McKidd is great as the egotistical lead signer Jezz Torrent (geddit?). However, Willy seals the deal by not only wearing a kilt, but an Argentina football top.

Part of my love of Team Fortress 2 came from the brilliant “Meet the…” trailers that Valve released before and after the game’s release. The idea of this rag-tag international group of mercs engaging in this endless battle added another dimension to the multiplayer shooter.

Scottish Much? In the “Meet The Demoman” trailer you’ll see him go from drunken indignation, to drunken self-loathing and end up in a drunken rage. If you’ve ever been on a night out with me, then you know that’s par for the course.

So there we go. Despite my initial doubts there are a few notable Scottish videogame characters in recent years and not all of them are the big ginger highland stereotype (over here we refer to such a person as a teuchtar). So don’t worry if you’re planning a trip over to Glasgow next year for the Commonwealth games, yer Uncle Ally will protect you from all the unsavoury types above.