First hands-on with the new kit

As of this morning at 8 a.m. PST, pre-orders are open for the Oculus Rift development kit 2 (DK2). They’re priced at $350, and will ship beginning in July of this year. Oculus tells Destructoid that the kits will be shipped on a first come, first serve basis, so you’d better get that order in now if you’re wanting to get yours in July.

For that $350 you’re getting the newest Rift, one that benefits from all the work they’ve put in since the Kickstarter days of the platform. This kit features OLED displays running at 960 x 1080 per eye, supported by internal tracking that runs at 1,000 Hz and positional tracking that has seen upgrades since the last time we’ve seen it, which wasn’t even that long ago. Oh, and the camera that does the positional tracking — that comes with the kit, too.

Oculus were nice enough to give us a sneak peek of DK2 yesterday, so read on for our impressions of the new kit. 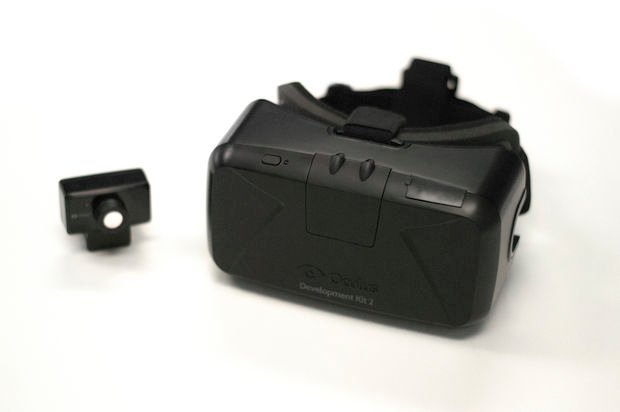 The new dev kit looks much more tidy than the Crystal Cove prototype we last saw. I was surprised at just how clean and tidy it looked at first glance, and was even more surprised at just how light it is in its final form. The external interface box and processing has now been worked into the headset, though it doesn’t seem to have added any noticeable weight. The little white infrared bits we saw on the Crystal Cove prototype are now hidden behind the DK2’s black plastic face, though the new near infrared CMOS tracking sensor sees them perfectly fine.

DK2 is also cleaner on the connection side, with its single thin cable that runs from the set. At its end it splits into HDMI, USB, and sync plugs. The top of the unit has a couple more ports (USB and sync), giving developers more connectivity to play with. 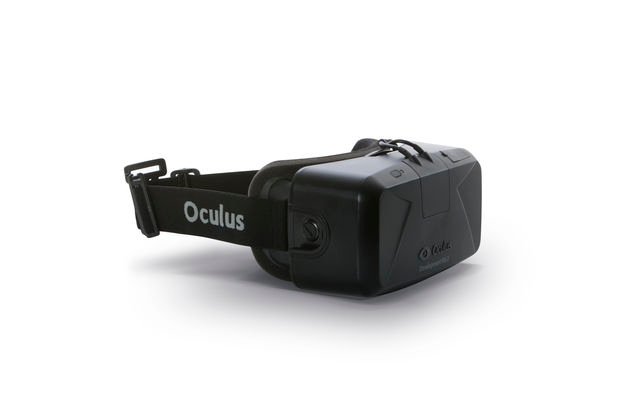 I was able to revisit older kit for a bit for comparison’s sake in a demo that gives the user a first-person view of Italian countryside from a porch. It’s nice to look at on the older kit, the but difference was pretty surprising seeing the same demo on DK2. The first thing I noticed was that the increased resolution made a huge difference. But, in looking around the virtual world, the improved tracking made the biggest difference. Looking around feels totally natural, with no apparent lag to speak of. They’ve all but closed the door on motion sickness with this upgrade.

The best demo I saw was called Couch Knights, created in cooperation with Epic Games. The game takes place in a virtual living room, where two players sit opposite of each other. Through Rift’s positional tracking, the players are able to lean in any direction and the field of view change appropriately and realistically. This tracking also has the other player’s avatar moving appropriately with their leans. 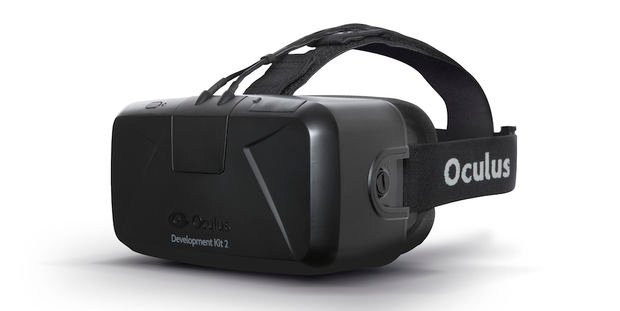 When Couch Knights starts, small knights are summoned onto the virtual living room’s coffee table to fight. Armed with a sword and shield, both characters are free to run around this living room, hiding behind couches, knocking objects over, and even fighting from avatar’s laps. The demo was a pretty simple one, but imagine if this concept were applied to a party brawler like Super Smash Bros. How neat would that be!

All that Oculus were able to achieve with their Crystal Cove prototype and beyond is now ready for use in development kit 2. This gets us one step closer to Oculus’ final retail release, and will hopefully give game makers the tools they need to build experiences for it as it has the core functionality that the final will feature. These are exciting times.