Where we droppin’, BOYS?!

Ares killed his family, so now he’s going to kill 99 of you guys while flossing.

On the heels of yesterday’s Galactus-vanquishing event, Epic has new theatrics lined up for Fortnite. God-killer Kratos has leaked as the next crossover.

It started with this extremely not-subtle teaser from PlayStation:

Then, people started to find this image on the PlayStation Store: 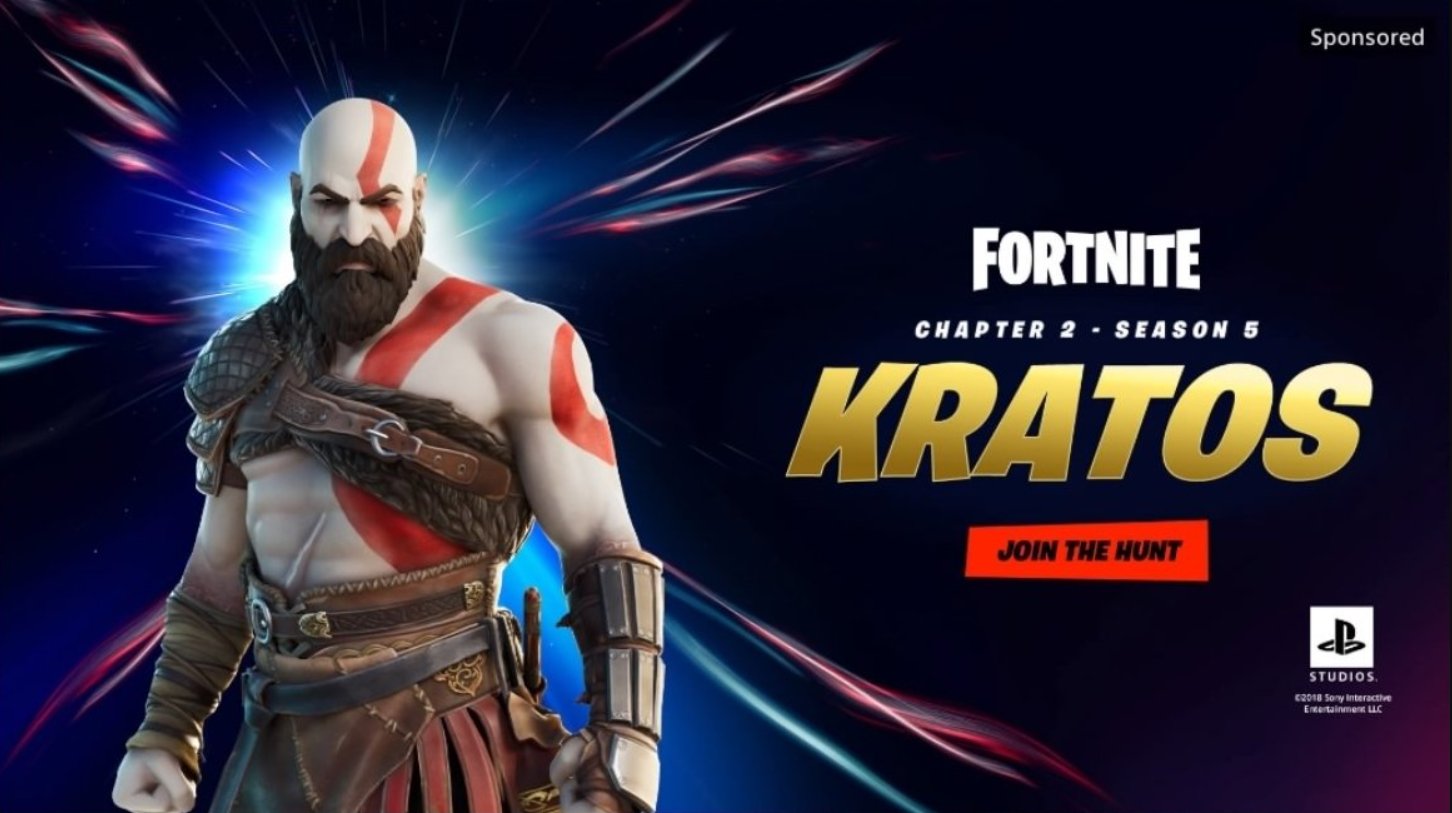 It’s not much of a secret anymore. The only question is whether Kratos will be PlayStation-exclusive or whether he’ll make an appearance on PC too. It’s worth noting that Sony made a $250 million minority stake investment in Epic Games earlier this year. That sort of partnership might play well with bringing major properties’ characters to new platforms. Regardless, you probably shouldn’t expect to see Kratos on Xbox or Switch.

The God of Warcrossover is being teased now and is unofficially set for Season 5, which kicked off today. It’s not long before the Ghost of Sparta does what he does best. Blindly and indiscriminately murder.