Yup, the map has been leaked for Grand Theft Auto V. It was leaked by a user on Reddit, and this NeoGAF thread captured the picture before it was removed. Look at how huge it is! The overall map is bigger than that of Grand Theft Auto: San Andres,Grand Theft Auto IV, andRead Dead Redemption’s maps COMBINED!

Also the map kind of looks like Ninja Turtle Leonardo. Thanks, Internet! Can’t unsee that now. 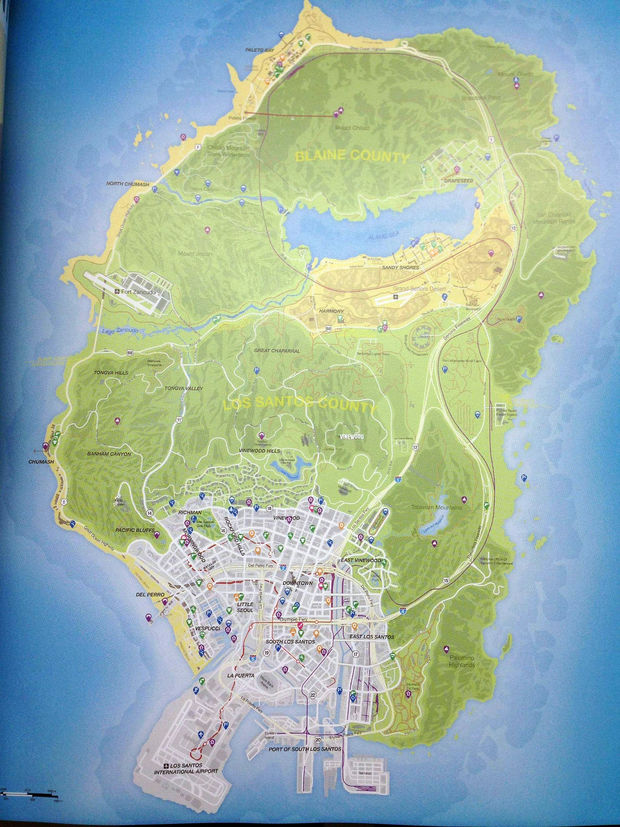