Opinion: Sony's Cross-Buy should be the norm

Cross-Buy is a wonderful thing. Whether you’re paying it forward purchasing a game that can be redeemed on a future platform years later, or buying something to play it both at home and on the go for one price, it makes the decision to take the plunge so much easier.

Sony doesn’t get everything right, but in light of recent events from Nintendo and Microsoft, I feel like they need a special shoutout. In addition to PlayStation Plus, Cross-Buy is one of the best programs the publisher has ever implemented. 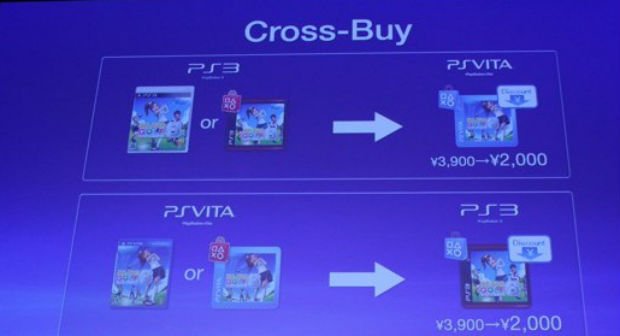 Sony went above and beyond recently with the launch of the PlayStation 4, as prior owners of Flower, Divekick,flOw, Sound Shapes,and Escape Planare able to download the game free of charge on their brand new console. This is in addition to the PS3 compatibility for titles likeFlowerand the Vita functionality for games likeEscape Plan. Now, think about how amazing this is — if you bought Flowerin 2009, over four years later you can play it on an upgraded platform, with new features like the PS4’s share functionality. It’s genius.

But Cross-Buy didn’t start with the PS4 — it’s been kicking ass and taking names as far back as PS3 and the PSP, going into the launch of the Vita. “One purchase, multiple games” has been a staple of Sony’s strategy for months now, including titles like Divekick, Guacamelee!, Sly Cooper: Thieves in Time, Ratchet & Clank: Full Frontal Assault, Retro City Rampage, Sound Shapes, Thomas Was Alone, and many, many more.While it isn’t nearly as prevalent as the “universal” system on smartphone and tablet marketplaces, it’s better than anything else out there on the console market.

The primary publisher that needs to take note of this is Nintendo. With the power of the 3DS and the waning appeal of the Wii U, Nintendo has attempted to link the two systems together with what I call a “unified account lite.” What this essentially does is allow you to use the same currencyon both platforms, but it does nothing to address the lack of a cross-generational cloud account like Sony, Microsoft, and Steam all over.

But even worse, it also doesn’t allow for any Cross-Buy purchases of any kind for Virtual Console titles. If you want to buy Mega Man 1through 4on the 3DS, you need to re-buy them for the Wii U (or pay a Wii “upgrade fee” if you bought it in the past, lest you use the clunky Wii emulator after a system transfer). The more Nintendo waits to roll out a Cross-Buy system the harder it will be to implement. At this point, it would be possible to add the functionality retroactively, crediting users back for their double purchases in eShop cash under the new unified system. Letting customers know that their accounts are also protected and their information and purchase history is saved would be the cherry on top.

Microsoft isn’t immune to this criticism either — oh no! Recently they announced that if you purchased Halo: Spartan Assaulton a Windows 8 or Surface platform prior to a certain date, you’ll be able to net a “discount” on the Xbox One version. It’s a noble effort, but it’s not a true Cross-Buy proposal. While Microsoft’s other platforms may not be as prominent as the 3DS, implementing a real cross-platform license process will help said marketplaces grow.

Cross-Buy should still be left up to the developer, as not everyindie creator can afford to fit a “one purchase, multiple copies” strategy into their precise plans. But for those who do choose to use it, it only allows more power to the consumer to play on the device that they want to play it on at any given time. We live in the age of technological convergence — it’s time that publishers started acting like it.