Opinion: The decay of Capcom

[Dtoid community member Sephzilla laments the downfall of one of his favorite publishers on his blog. Want to see your blog appear on the front page someday? Go write something! –Mr Andy Dixon]

This generation has been filled with publishers and developers undertaking anti-customer acts or just plain acting stupid. EA tried to shove online passes down our throats and tried shoehorning multiplayer into every game possible. Activision milked the Call of Duty franchise for all it was worth (and still is). Gearbox blatantly tried to defend bad games and misleading marketing. Microsoft tried to release a console built around screwing over consumer rights. The list goes on.

Yet there’s one company whom I think gets a bit overlooked in the “blatant stupidity” department, and it’s a company who fell a lot further than some of the others I just mentioned…

To me, the main story of this generation is: “What the fuck happened to Capcom?”

In the history of videogames, Capcom has been one of the biggest players. You can legitimately make cases for Capcom being one of, if not the, best developer/publishers of two different console generations. During the Super Nintendo era they were pushing out titles like Street Fighter II, Final Fight, Aladdin, and Mega Man X (the best video game ever made). In the PlayStation 2 era their name was attached to stuff like Devil May Cry 3, Resident Evil 4, Viewtiful Joe, and Okami.

And these are only two of the obvious choices for good Capcom eras; if you want to make cases that they were one of the more solid companies during the NES or PlayStation 1 eras I’m not going to stop you. My point is, over the years Capcom has put together a very good stable of properties and in general made games people enjoyed. Yet this generation Capcom apparently decided that everything they built up over a couple of decades wasn’t good enough anymore.

What’s weird is that, in the early portions of this generation Capcom still acted like the Capcom we all remember, and their games reflected some of that. Devil May Cry 4, despite being rushed out the door, was still plenty fun and got respectable praise, Mega Man 9 and Mega Man 10 happened and everyone liked that, and Bionic Commando Rearmed was fantastic.

As this generation went on, Capcom progressively got dumber and dumber. The shortest way I can word it is that Capcom started making games they thought their audience wanted instead of making games their audiences actually wanted. I don’t really want to say it started with 2009’s Bionic Commando, but it’s the earliest game I can think of where I openly looked at Capcom and went, “what the shit are you doing?” 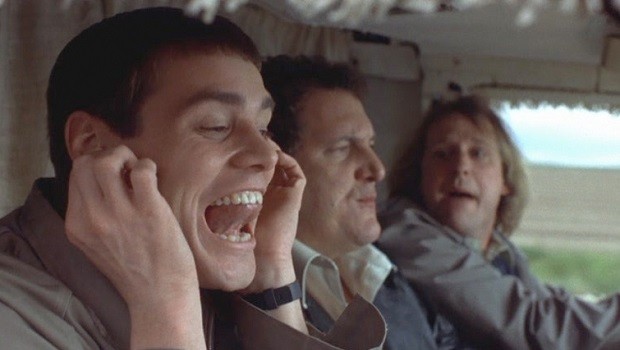 In my opinion, what really shows how far Capcom has fallen is by looking at how other games are doing Capcom’s “thing” better than Capcom. Bayonetta and Metal Gear Rising: Revengeance both out Devil May Cry’d DmC, and Dead Space was a better Resident Evil than either Resident Evil 5 or 6. Fans have been making more faithful Mega Man games in their spare time than Capcom has. Hell, Mega Man in the new Super Smash Brothers looks to be more faithful than anything Capcom is capable of producing. You could even make a case that NetherRealm studios is starting to legitimately encroach on Street Fighter‘s turf (at least in sales). My point is that Capcom has been massively dropping the ball and other studios have been picking up the slack for them. God help them if sales for Monster Hunter or Street Fighter ever fall off.

Capcom has one of the most solid and deep lineup of IPs in videogaming. I think Capcom is second to only Nintendo in terms of recognizable characters and franchises. When you have enough notable characters that you can make crossover fighting games that consist almost entirely of your own franchises, you’re doing something right.

While Nintendo hasn’t been my favorite developer in recent years, I still give them props for sticking to their franchises. People clearly still want Mario and Zelda games, and Nintendo rewards them by making more Mario and Zelda games. Meanwhile, Capcom has gone the route of moving over to the tablet/mobile crowd and perverting their existing franchises into games that barely resemble what they used to be. If you ask me, it seems pretty obvious that Capcom is desperately trying to get its hands on the Angry Birds and Call of Duty crowds (the later of which Capcom has pretty much admitted). 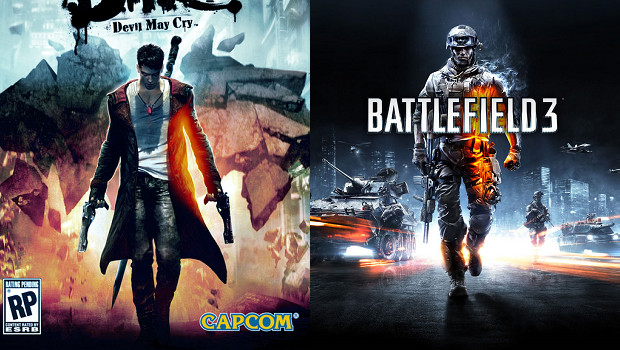 I asked a friend to add the orange left arm glow effect, because that’s really all it’s missing at this point.

But here’s the thing about trying to appeal to the Call of Duty mass market: you’re never going to actually get them. Why? Because they’re going to be too busy playing the next Call of Duty to care about Dead Rising 3, or they’re going to just be playing Angry Birds or Candy Crush instead of giving a shit about Mega Man XOver.

Capcom aimed high without even realizing how those bigger games got big in the first place. Call of Duty, Super Mario, and God of War didn’t become big sustainable mass-market franchises by piggybacking off of someone else, they became big because they did their own thing and stuck to their own thing. Call of Duty has stayed Call of Duty, God of War stuck to its guns, and Super Mario has survived almost thirty years by sticking to the same formula. Even when Mario made the jump to 3D in Super Mario 64 it still retained a shitload of what made Mario famous. These franchises didn’t invent the genres they exist in, but they found their own place in their genres and built from there.

Capcom frustrates me because they’re very clearly missing the point. You’ll never get to the top by riding the coattails of others, you get to the top by doing your own thing and sticking to your own thing. Even among my most casual of gamer friends, I have yet to hear anyone say, “Hey, did you play this one game? It’s just like Call of Duty!” 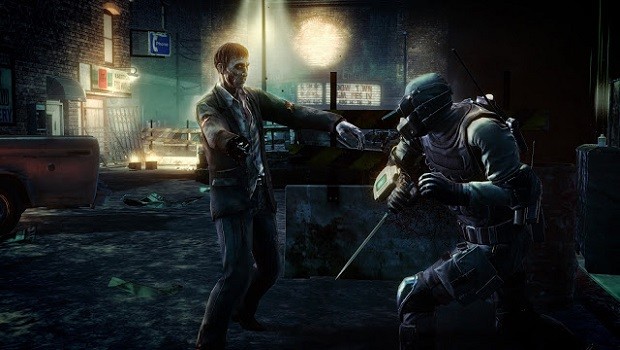 Destructoid member Everyday Legend dropped this GameIndustry link over on the forums, and it really drove home how out of focus Capcom is as a whole. In short, Capcom doesn’t sound like they have too much money left. The company apparently has about $152 million dollars currently, meaning Grand Theft Auto V alone cost more to make and market than Capcom has left to spend for their entire company. 2013 was also Capcom’s least profitable year since 2010, and their second least profitable year since 2005. (For those who didn’t do link clicking, Capcom made $31 million in profits.)

Out of all of the titles Capcom has released this fiscal year, only three games managed to even cross the million sales marker: Dragon’s Dogma, DmC, and Resident Evil 6. Two of those three million seller games still fell short of their sales expectations by noticeable margins: Resident Evil 6 sold 4.8 million but had a lofty 7 million expectation, while DmC only sold 1.15 million and had an expectation of 2 million (a number that started off higher). In DmC‘s case, it went on to be the lowest selling entry in the Devil May Cry franchise by over half a million sales. Resident Evil 6, meanwhile, went on to be lashed by critics. Dragon’s Dogma was the only million seller that actually hit its expectation and beyond, making it pretty much the lone success story for Capcom.

So let that sink in a little. DmC was Capcom’s third best selling entry this fiscal year and yet it was still the worst selling entry its own franchise (and by a large margin, too). 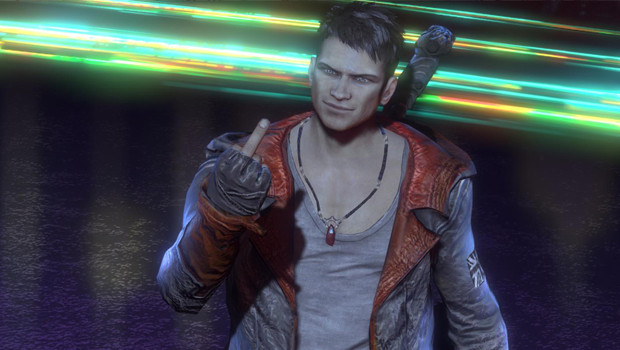 Looking at the three big guns from Capcom’s 2013 fiscal year, there’s a bit of a telling story there. The two games that fell way short of their expectations were games that had substantial departures from what people expected out of those franchises; DmC was one of the most controversial topics in gaming for a long time and Resident Evil 6 seemed by many to be as un-Resident Evil as possible. Meanwhile, the game that actually had some semblance of developmental focus and was built around simply being a videogame instead of being a “broader audience” cash grab ended up selling beyond expectations (Dragon’s Dogma). You would think that would have been Capcom’s big wake-up call; but alas, it doesn’t appear so.

Initially Capcom seemed committed to reducing the amount of outsourcing for its new releases, which is definitely a big step in the right direction when seeing how crappy some of their recent products have been. But then Capcom had to follow that up by saying that they are now planning a bigger commitment to DLC within their new games. Because, you know, the best way to win over customer trust and get them investing in your products again is to implement more of the stuff that tends to drive away customers from making day-one purchases and causes them to wait for things like Steam sales or “complete edition” bundles…

Capcom urgently needs a complete housecleaning in its entire upper management and almost all of their decision makers who’ve been involved in the last 5 years of work need to be let go. Every decision that seems to come from Capcom these days is loaded with backwards logic and is counter-productive to what I believe they need to do in order to be a truly successful company again. If this doesn’t happen, I fear that Capcom might become the new THQ by the end of next generation.

Capcom has easily been one of, if not the, worst developer/publisher this generation. While people can obviously throw hate towards EA or Activision for some of their shoddy business practices, most of their games have at least still maintained a certain level of quality. Capcom practices a lot of the same crappy tactics, and their games have continuously stunk up the joint right up to Lost Planet 3‘s recent release. Capcom needs to stop trying to turn games into blatant cash grabs and needs to return to their roots of making games that are both great in quality and meet the expectations of their existing and loyal customers. Rushing out mediocre games and loading them up with DLC in the hopes that they’ll sell to an audience that doesn’t actually exist is going to put them on the fast lane to bankruptcy.

Get it the fuck together, Capcom.