And knowing is half the battle

[Anyone who says they aren’t afraid of water levels and the awful music that typically plays as you watch your hero clutch their throat for air in a futile attempt to continue being a living person is a liar. Cedi, thankfully, is a truthful person. Join them as they recount a horrible fear of drowning in a hotel pool, and how they eventually learned to move beyond that fear with reason. Get your work on Dtoid’s front page by participating in our monthly Bloggers Wanted prompts! Have a spooky Halloween! – Wes]

Confession time: Despite how much I like to project strength, when it comes to games invoking a sense of fear I’m a big wuss. Jump scares make me seizure and lock up more than any flashing lights do, and I was diagnosed with autism and seizures from an early age. Horror games and movies are my “no thanks” genre. I’m plenty alright with creepy, unnerving, and disturbing atmospheres, but if a game wants to make me actually be afraid, my gut reaction is to throw the controller out of my window and into my neighbor’s window, whom I then beg to play the game in my stead.

Hyperbole aside, I actually used to ask my sister play the haunted levels of Sonic Adventure 2 Battle because I was that afraid of the ghosts that pop up out of nowhere. She had rarely played the game outside the Chao Garden before that point. So when I saw that this month’s Bloggers Wanted prompt was about facing and overcoming fear, I took a big gulp. How could I possibly pretend to overcome fear when I’m so timid that I constantly try to avoid it? 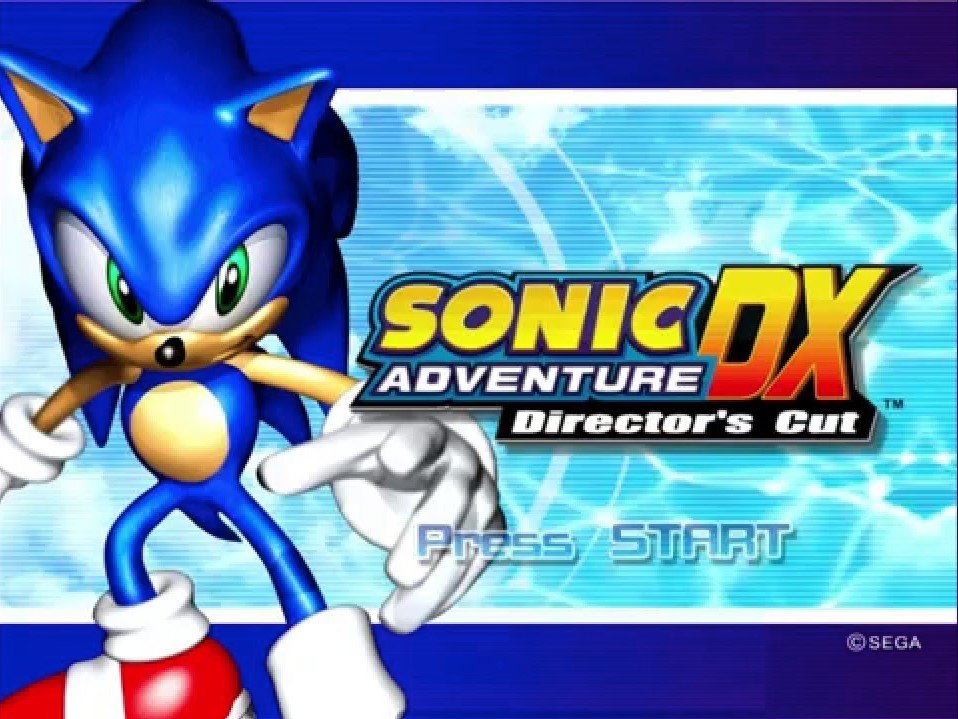 Well…when I reflect deeply on this matter, I think I can share something from this game.

You probably already know what fear I’m referring to if my game of choice isSonic Adventure DXof all things, but for those who’re less familiar withSonicseries staples, let’s rewind. The GameCube port ofSonic Adventurewas the first Sonic game I’d ever played. I was in it for the radical attitude, the gnarly levels, the righteous graphics, the dank story, and the wicked gameplay. You know, what we thought was cool back then. It’s still one of my favorite games despite how poorly it aged, largely thanks to Sonic’s controls, but that’s a topic for another day.

One of my favorite things to do in the game was just mess around in the hub worlds. I loved jumping off of hills. I enjoyed spindashing and running my own routes around them. I got excited for discovering secrets. I liked talking to NPCs. I found joy in just relaxing in places like the Master Emerald shrine, or the mazes of the ruins, or standing around inside Station Square’s hotel pool! Oh, and did I mention the-

WHERE DID THAT LOUD MUSIC COME FROM.WHY IS THERE A FIVE ABOVE MY HEAD.

THE MUSIC IS GETTING FASTER.WHAT DOES IT… OH. OHH. OHHHHHHHH FUDGE! FUDGING, GET OUT OF THE POOL SONIC! JUMP! GET OUT! BREATHE! BREATHE! STAY OUT OF THAT DEATH TRAP!

…that was the moment I developed a fear for lengthy underwater segments in games. That fear stuck with me not just through the rest of mySonic Adventureplaythrough, but any other game in which you have a limited air supply. Whenever I was eventually able to giveSuper Mario 64a spin, Jolly Roger Bay gave me the chills. Sure, I was able to get out of that tiny pool easily enough, but next time…what if I can’t? What if the game wants me to go into the dark depths without any air to quickly leap back into? The thought of dying not to a malicious enemy or hazard, but to suffocation? That unnerved me no matter what game I played. But especially in Sonic games, where that dread of drowning is constantly accentuated by an abrupt, bombastic, terror-inducing theme, composed specifically to strike panic into the hearts of unsuspecting children.

The weird thing is…I’m not really afraid of it anymore, or at least not hugely so. Not even in Sonic games that bring back the drowning theme in full force. But nor do I have any specific memories of exactly when I stopped fearing underwater sections. It just kinda…happened. Why? It was mostly a matter of understanding more about them. 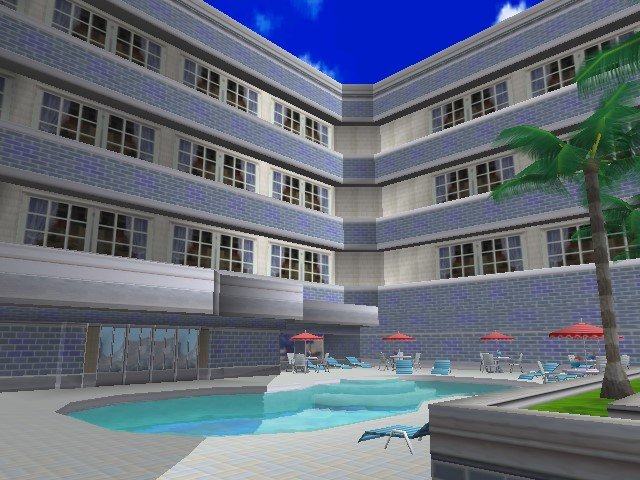 Ever since that first virtual drowning incident, I was horrified of stepping too deep into waters in Sonic Adventure. Yet I also had a certain morbid curiosity about me; exactly why, or when, does that music appear? Do you really die if the counter reaches zero? Against my fear’s judgment, I threw another anthropomorphic animal into the deep drink, prepared to accept that worst-case scenario for the sake of science. I waited, patiently. The music came, and a shiver ran across my spine. I kept waiting. The number hit zero. I winced. I died.

I respawned. Minus one life, but having added the knowledge of exactly what was going on with that drowning mechanic. I was still deathly afraid of staying in deep water inSonic Adventurefor too long, but I had at least felt confident in dipping my toes into it once again. So long as I get out soon enough to not dance with the countdown, anyway. Through little experiments and experiences like that, my understanding of the mechanic developed. Yes, the dreaded drowning was back – and a necessary threat – in later Sonic games I’d play, but I also would discover tools like bubbles and Knuckles’ Air Necklace to even the odds in my favor. 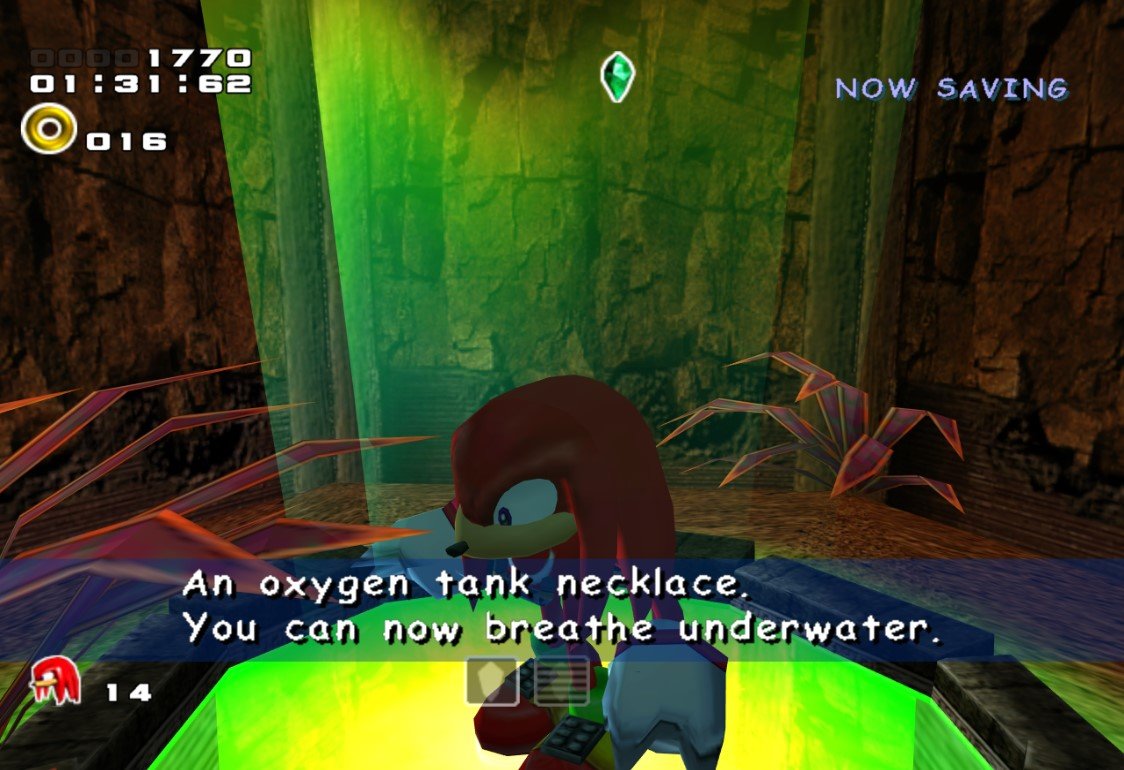 Come to think of it, the Air Necklace fromSA2is in a ghost stage, isn’t it? After a while, I found a willingness to play those, too. Well, not really; I hated them all the same, but I had begun to understand that the ghosts only spawned upon touching certain enemies or objects. My solution was to avoid any such objects like the plague unless it was necessary to do otherwise. It didn’t always work, and I was playing cowardly all the same, but at least I was actually playing the game. On a similar note, the haunted levels inSonic Heroesleft me with a foreboding first impression, but after playing through them, I realized they were not nearly as prone to jump scares, giving me the confidence to face them head on.

Gradually, I developed a stronger sense for game design, especially for my favorite series such asSonic. It occurred to me that the drowning music is so scary because, well, that’s the point; it’s meant to act as a warning to the player that they need to get some air. It might be more shocking than it needs to be, but at least it does its job of informing the player of how vital that countdown appearing above their heads is. I became critical enough to ask myself questions like, “Would the designers give me this underwater section if I couldn’t safely clear it?” and come to logical conclusions. Asking myself such questions and answering them was probably the point where I overcame my fear of drowning in video games, at least to an extent. 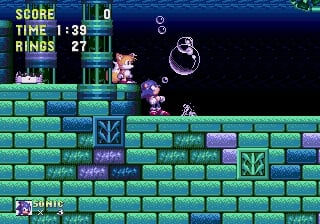 Fear is rooted in the anticipation of something bad happening, but it’s intensified by a lack of certainty in what that something bad is or when it will happen. The classic quote, “The only thing we have to fear is fear itself – nameless, unreasoning, unjustified terror which paralyzes needed efforts to convert retreat into advance,” is applicable here. We often run away from our fears because we think them to be worse than they actually are. One of the best solutions to that problem is to discover reasons to think otherwise, and to support those reasons with logic and facts.

Of course, in the case of video games themed around horror, knowing too much can take away a lot of the fun. Horror games can’t hurt people (except perhaps the faint of heart, but that’s more so just the heart condition?). That’s why they’re a popular genre. And it’s also why playing video games blindly is so important to everyone – especially horror game fans. I’ve never bought a horror game because I’ve got enough on my backlog and to-buy lists…but I did download the HDResident Evilremake from PS Plus. Perhaps this Halloween, I’ll finally be brave enough to give it a try? But I’m going on a bit of a tangent. 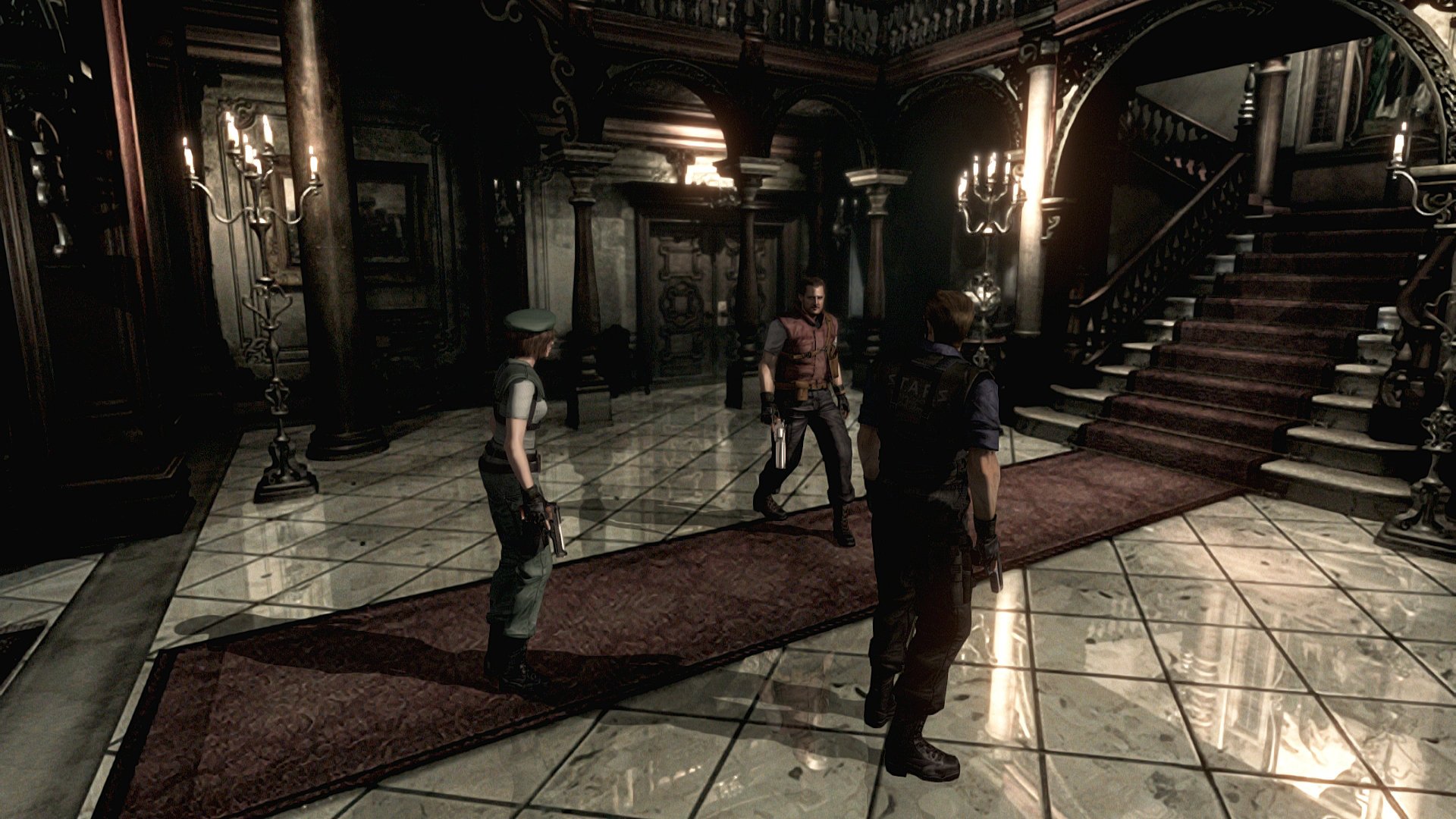 My big takeaway from my experiences with drowning mechanics in Sonic games is that I became much braver in the face of them once I knew much more about them. Having a strong understanding of what I was afraid of relieved me from the panic of that fear’s sudden appearance. While I regret letting that fear hold me back ages ago, I want to move beyond that; not just in a few games, but in other areas of my life where fear intimidates me. It’s with a comprehension of my capabilities and securities that I intend to overcome fear. Knowledge is not enough to eliminate fear; Michael Giff’s cblog on this same prompt got a jump out of me just by playing that drowning theme via SoundCloud. But it’s a tool that may help us out when we’re cornered by it.