[Let he who doesn’t have a massive, irritating fucking backlog cast the first stone! Let jaygerbomb regale you with a tale on this Thanksgiving Day of how a simple act of buying games on clearance led him to a lifelong struggle of resisting sweet gaming deals. Lord knows I’d be attending these group meetings, as well. This is a wonderful entry for our Bloggers Wanted series, where this month we’re discussing gaming in all its excesses and merciless murders of brevity. Write a cool blog like this one, and you could see your work on Destructoid’s front page!– Wes]

When I was a kid, my parents didn’t buy me a lot of video games. Sure, I remember getting a few for Christmas, birthdays and special occasions, but for the most part if I wanted a new NES game, I was buying it with my own money. I’d save my allowance, mow neighbors’ lawns, and shovel their driveways in order to save up enough to make my next acquisition. I managed to get a collection of nearly 100 NES games at one point, and most of them I bought on my own.

A handful of those were bought at retail, but most came from other avenues. Flea markets, auctions, bartering with friends, and a local weekly classified ad sheet called “The Valley Trader” allowed me to snag some decent games at very reasonable prices. Every now and then I’d come across an insane deal. For example, I got into Mega Man starting with Mega Man2, and by that pointMega Man 1 was damn near impossible to find. FuncoLand was charging nearly $100 for it used, if they actually had a copy in stock. But I found a copy at an auction and bought it for $5 – I was the only bidder. Thank god for kids who think auctions are boring, and adults who have no idea what they’re dealing with. 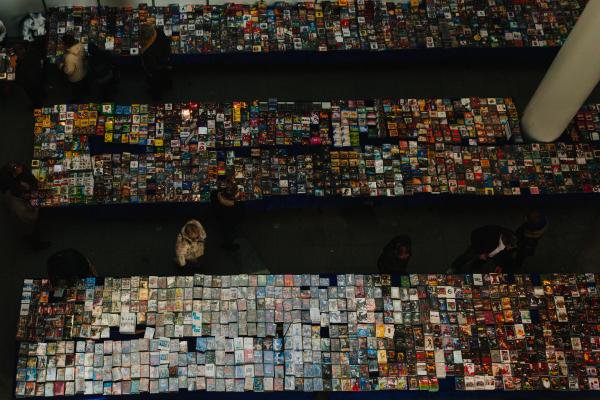 The first major video game sale event I remember was when a mom and pop video shop was going under and started selling off all their inventory. They rented video games as well, so I’d troll there for bargains. They had a coin-op Donkey Kong arcade machine they were hawking as well. I tried to swindle my parents into buying it – I’ll let you guess how that turned out. I did however manage to convince my mom to buy me WrestleMania Challenge and Batman at $20 a piece, but I was on my own from there. I picked up Simon’s Quest – my least favorite NES Castlevania, but I already had the other two – for $15 that first week of their going out of business sale.

Now, as the weeks went on and their inventory reduced, they started slashing prices even further. That’s when it got interesting. You see, I started buying games that I didn’t want THAT badly, but hey – more games is more games, am I right? Gremlins 2 (actually pretty good, Sunsoft nailed licensed games in those days), Superman, Bad Dudes, and Romance of the Three Kingdoms were all mine for a mere $10 a piece. Then a couple of weeks later, with only seven days left before the doors were shuttered, prices hit rock bottom. But all the games left sucked. Really, truly sucked.

This opened the door to what would become a horrible habit – the first time I remember buying an objectively bad video game simply because it was just *too* cheap to pass up. In April 1991, I purchased a copy of X-Men for NES, for $1. It’s not like I didn’t know how bad it was – I had rented the game before from this very store once before, and I hated it. Not just because it was a crappy game, but because it sullied the name of my favorite comic book characters. But it was sooooooo cheap. How could I *not* buy it? How could I resist bumping my NES game count by one more and maintaining my status as the kid with the most NES games in my school? A status symbol like that is important to a 12-year-old, damn it! 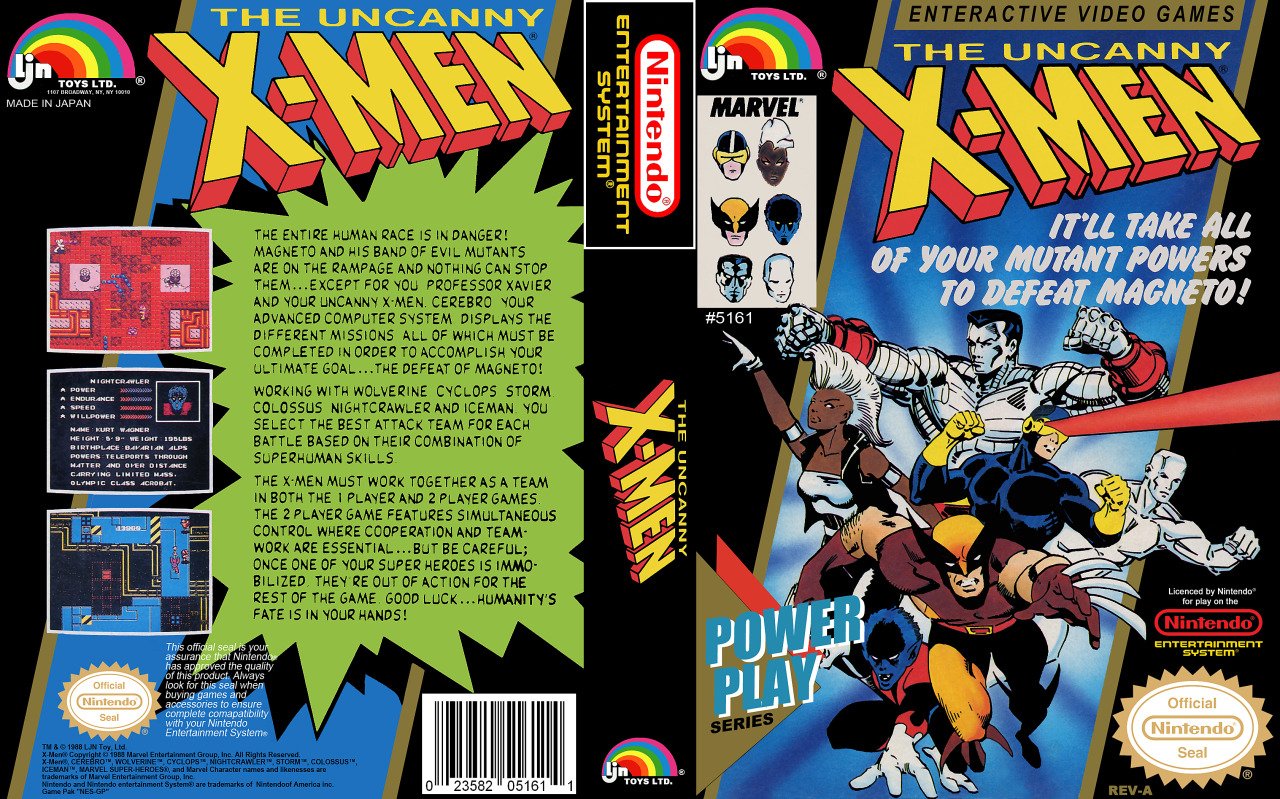 A few years later, the Super NES would arrive, and I’d be back in the same boat of trying to acquire games on a shoestring budget. I did some things I’m not proud of – Bubsy the Bobcat, I’m looking in your direction – but in the mid-’90s I got a part time job, and that increased my cashflow significantly. I’d troll bargain bins at Wal-mart and Kay Bee Toys, and sometimes end up with a decent game to show for it – my crowning moment of glory was when I picked up X-Men: Mutant Apocalypse for $20. I feel that getting an actual good X-Men game on the cheap was universe’s way of making sure everything balances out in the end.

Another interesting thing about that particular point in time was that was also when I got into computer gaming. I’m not going to lie, I pirated the lion’s share of games I played. This was back when games were distributed on floppies and had little to no copy protection – most of the time, it was just entering a word or phrase found on a particular page of the manual. But I also bought quite a few too. It was fairly common to find collections of cheap games on CD-ROM in a lot of stores. And by cheap, I mean like 10 full games for $15-20. A lot of them would be complete ass, but there’d usually be at least one really good one. I came across one that had King’s Quest V and Space Quest 4 on CD – both of which I already owned on 3.5” floppies, though that lacked voices for the characters – along with a lot of other games I wasn’t really interested in, though Gobliins did up being a pleasant surprise. But this established a second very disturbing data point about myself – I will double dip on a game for a slightly better version if the price is right. 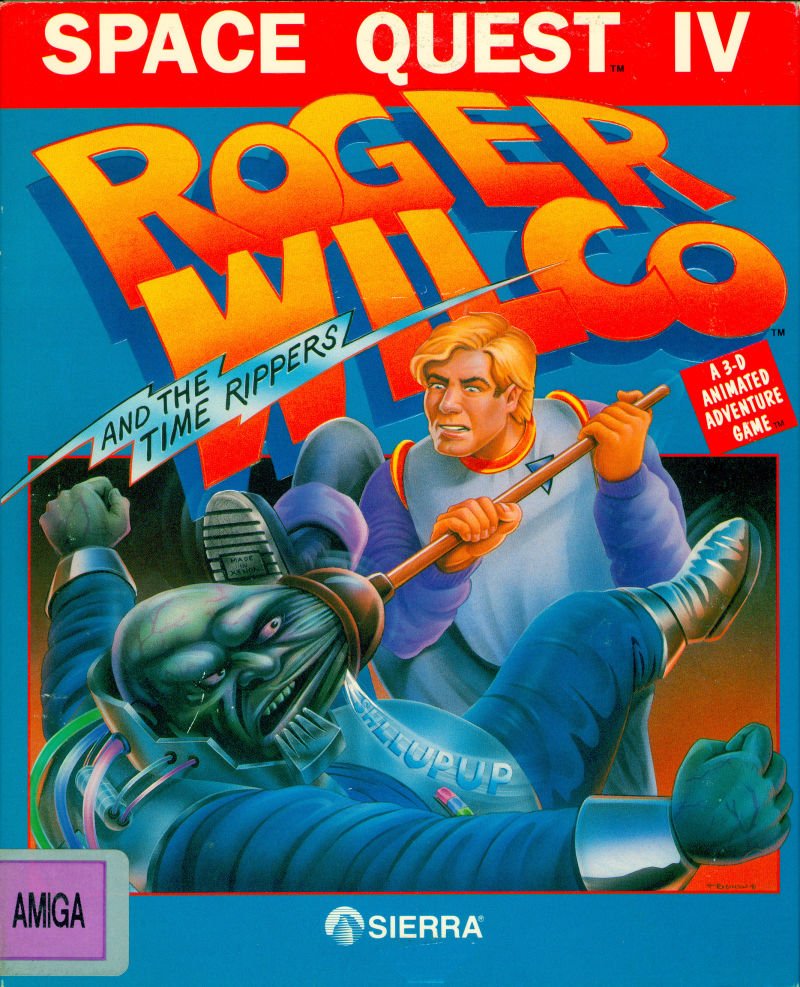 My game purchasing slowed down a bit in the PS1 and subsequent generations, in part because I started adulting and didn’t have as much disposable income. I was definitely about quality over quantity at that point – I’d rather have the money to buy one Tekken 3 than a bunch of Bubsy 3D clones, after all. Also, I just got broadband (1mpbs DSL, baby!) and had modded systems, so I still pirated an assload of games. Hey, at least I’m being honest about it – don’t judge.

So for quite a while, I bought games like a normal person – or maybe a casual? At one point, I owned a PS3, an Xbox 360, a Wii, a DS, and a capable gaming PC, and I’d generally only play one game at a time. I’d buy a game, play the hell out of it, then move on to something else. Sometimes if it were a game that really stuck with me, I’d hang onto it, but a lot of times I’d trade it in. I stopped pirating games in that era, mainly because I barely had time to play the games I actually owned.

Then, something peculiar happened in December of 2008. There was this program I had installed on my computer called “Steam.” It was a form of DRM for Half-Life 2, which I had just recently re-installed after upgrading my video card. I got a notification that there was a massive sale on Steam’s online game store – everything was at least 25% off, some as much as 75%! Now, I knew Steam sold games, but I never really paid attention – I didn’t want digital games, I like having boxes with manuals, maps, and all that other good stuff. But still…the PC version of BioShock for $4.99? How can I pass that up? The 2009 winter sale, however, really sucked me, and that was it for me. I double-dipped on a bunch of games I already owned for the convenience of having them tied to my Steam account. 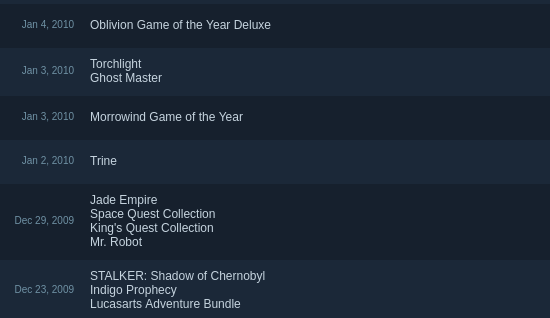 Steam sales sent me on a downward spiral. I was back to buying games I owned on another platform (or even already on PC), games I didn’t really want, or games that even outright sucked just because they were cheap. I own Stalin vs. Martians, for fuck’s sake! And the worst part is, it broke the seal on my antipathy toward digital games. Once that floodgate was opened I found myself purchasing from other digital storefronts, like Origin – “Sure, EA sucks but that’s a damn good price for Dragon Age!”, and Nintendo’s eShop. The worst part about the latter is that games don’t even get that big of a discount, but how can I NOT buy Yoshi’s Woolly World for 3DS when it’s only $30? Hell, I’ve got dozens of games on Humble Bundle that have I haven’t even revealed, let alone redeemed the key for!

Today, I own around 400 games on Steam, and that’s only because I’ve been able to exercise some restraint because I like to be able to do things like pay my mortgage and feed my children, and they like to eat things besides ramen noodles. My brother-in-law – who has no kids – is well over the 1,500 mark at this point. But that’s a terrible mindset – it’s like saying I’m not an alcoholic because I only black out naked on my lawn on Fridays and Saturdays, while the guy next door does it EVERY night.

The really sick part is that not only have I not played most of these games, but I haven’t even installed most of them. Hell, I don’t even know what I own at this point – it’s not uncommon for me to see a game is on a regular weekly/daily sale and think “Oh, that’s a good price, I should get that!” only to discover I already own it when I try to put it in my cart. And then there are games I’ve never heard of, but own for some reason. 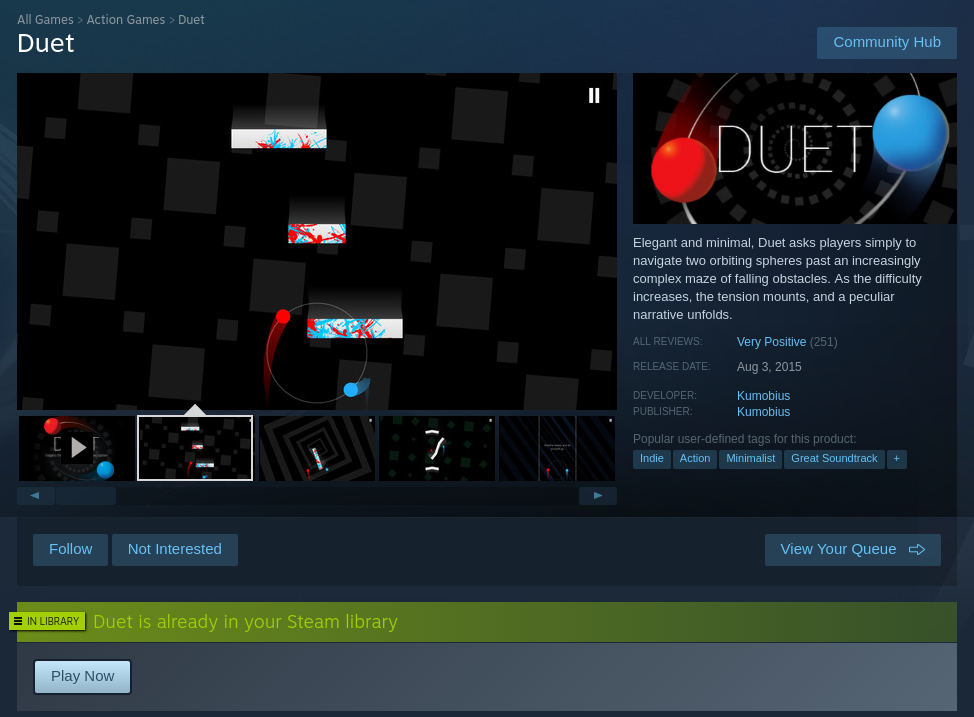 Between Steam, Origin, GOG, Nintendo, and various other digital storefronts, I own at least 500 games that I’ve resigned myself to the fact I’ll probably never actually play. Some of those games have been acquired through seasonal sales. Some have been through third-party resellers. Some have been Humble Bundles. At this point, even if I were to complete one game a week, it would still take me close to ten years to get through my backlog. And yet… I want more…