Path of Exile launches on Steam this month

Over the past year, Path of Exile has made quite a name for itself. As one of the few and continually growing hardcore-focused action/RPG titles for PC players, Grinding Gear Games’ uncompromising and open-ended playstyle has won over many devotees of the genre.

After its move to open beta at the beginning of this year, popularity for the free-to-play game has skyrocketed and along with its passionate and growing fan base, Grinding Gear is set to roll out a whole slew of brand new content with its official debut on Steam.

Set for a full launch on October 23, current players can expect Path of Exile to feel like a whole new game — the upcoming content drop feels on par with several updates and an expansion pack. Adding in the brand new prestige class, expanded PvP, guild system, challenge league and ladders, tournaments, and an extended and completed Act III; Grinding Gear Games is ready to take its much loved title to the next level. 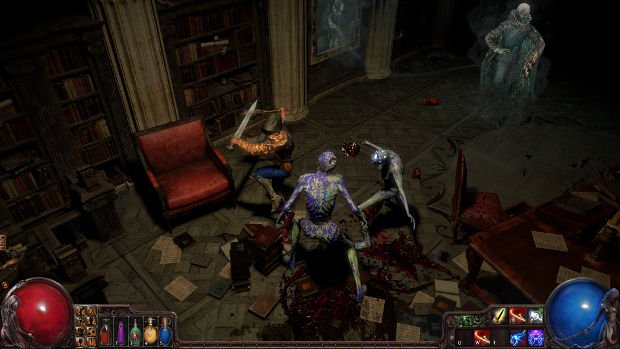 Speaking with Erik Oloffson and Chris Wilson, the art director and managing director for Path of Exile, we learned that the completion of Act III was an anticipated component for the official release. In addition to adding in numerous new skill gems and other abilities for characters, they’ve added several new zones to keep players busy.

Towards the tail-end of Act III, players will trek through new zones, one of which is known as The Library, which will undoubtedly please lore fans as the area is filled with journals and other details to learn more about the story and setting. Oloffson expressed that fans have been very pleased with what has been presented with the story and history of Path of Exile and they didn’t want to let up one bit.

By far the biggest addition to Path of Exile is the introduction of the prestige class known as The Scion. The daughter of corrupt nobles, this character is trapped in the later parts of Act III and must be freed by the player character. After setting her free, players will be able to select the Scion in the character select screen and start a new quest with her.

To set her apart from other characters, she begins the game in the center of the talent tree with six initial talent nodes activated. Olofsson explained that while she is much more versatile to start, the challenge with playing as the Scion is deciding which path to choose without stretching her too thin in terms of talent progression. As a prestige class, the Scion is clearly intended for veteran players who are prepared and know what they want for their character. 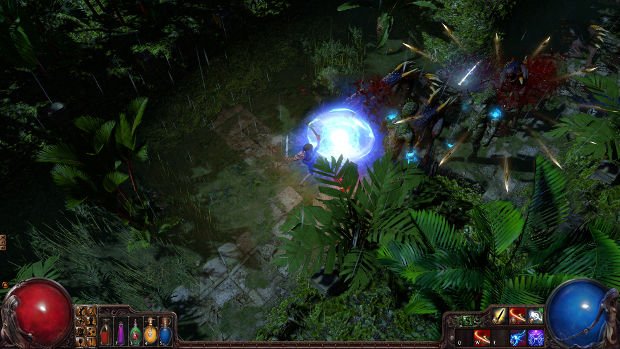 Moreover, the inclusion of the class brings in a ton of new skills and abilities for the talent tree. Players will also come across various shrines scattered across the map that will give characters buffs and other bonus abilities. One of the new talents and skills available allows players to throw copies of their weapon out in a radius, and another grants the ability to manifest a guardian out of scattered weapons and armor from the ground.

Veterans of Diablo II will be able see this is a homage to the Metal Golem ability from the Necromancer — and the developers weren’t shy about their love of that particular game. To start, you can summon a guardian from a weapon, but you will be able to add various armors and shields to deck them out. This adds a risk-reward system to the game by allowing players to use their unused gear for support purposes at the cost of gaining any currency by selling or trading them.

With the release on Steam coming, the developers wanted to up the social side of their title by fleshing out the PvP gameplay and implementing a brand new guild system. Guilds were a major feature that fans wanted included, and the Grinding Gear has more than delivered by including guild storage, unique challenges, and guild PvP matches. In particular, the team expects tournament play to be a favorite among the hardcore. 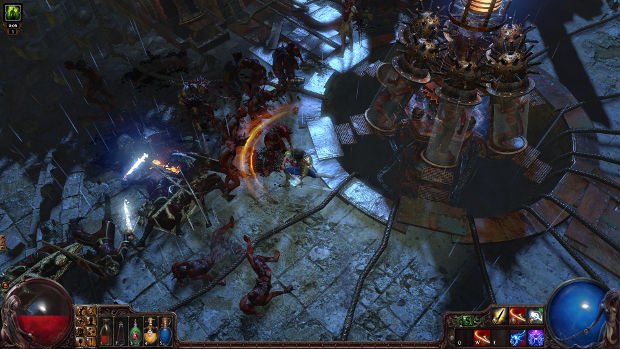 PvP and Challenges have also been expanded with the inclusion of tournament events and new game types, such as Capture the Flag, Domination. Organized PvP events will have prizes for players involved and will encourage players to experiment with their characters and see how they compete. While these features weren’t available to try out during our session, the devs assured fans that many of the features in place will be ready to go by their official release.

With the rollout of its new content later this month, 2013 looks to be the biggest year yet for Grinding Gear Games’ action/RPG title. With over three million registered users already, many of whom have donated and purchased several high-end content packs from the developer’s official website, Path of Exile will undoubtedly keep the hardcore fans hooked.