Hands-on with the CRPG

I wanted to start this piece with lede touching on how Chris Avellone is a titan of western game development, a man who has put out hit after hit to resounding success and acclaim. As I wrote that droning introduction I realized it was all a big lie. Not the part about him being a success but that I knew who he was. Sure, since I started writing about games I’d heard the name but I never took it the further step to actually see who the man is.

On Wednesday in San Francisco, I had an interview and hands-on session set up for Pathfinder: Kingmaker, the upcoming role-playing game based on the popular tabletop RPG that Avellone is writing. Not being entirely unprofessional, I Googled him the day before my appointment. Prey, Alpha Protocol, Neverwinter Nights 2, Planescape: Torment, Torment: Tides of Numenera; of course I didn’t know who he was. I’ve never played any of his games. As sacrilegious as it must sound to admit I’ve never played Fallout: New Vegasas I continue to pretend to be a games blogger, the only titles listed in his gameography I’ve made it through is FTL, but I played it before his involvement was added with the Advanced Edition.

Feel free to mock my incompetence in this area. My life has led me down a road where the types of games he’s developed were neither enjoyed nor mentioned in my childhood. Nobody talked about Fallout 2or Baldur’s Gate. If the nameVan Buren was brought up,it meant we were having a discussion about the eighth President, or the gang from that one episode of Seinfeld. The only computer games that mattered to us were Worms Armageddon,Command & Conquer: Red Alert, and Doom II.

I didn’t think I was missing anything with the games I skipped in my youth. Had I not gone to this hands-on session I probably would have dismissed something like Icewind Daleas just one of those titles I simply didn’t have the time for. But after a half-hour with Pathfinder: Kingmaker, I’m starting to realize I may have missed out on some wonderful work over the past 20 years. 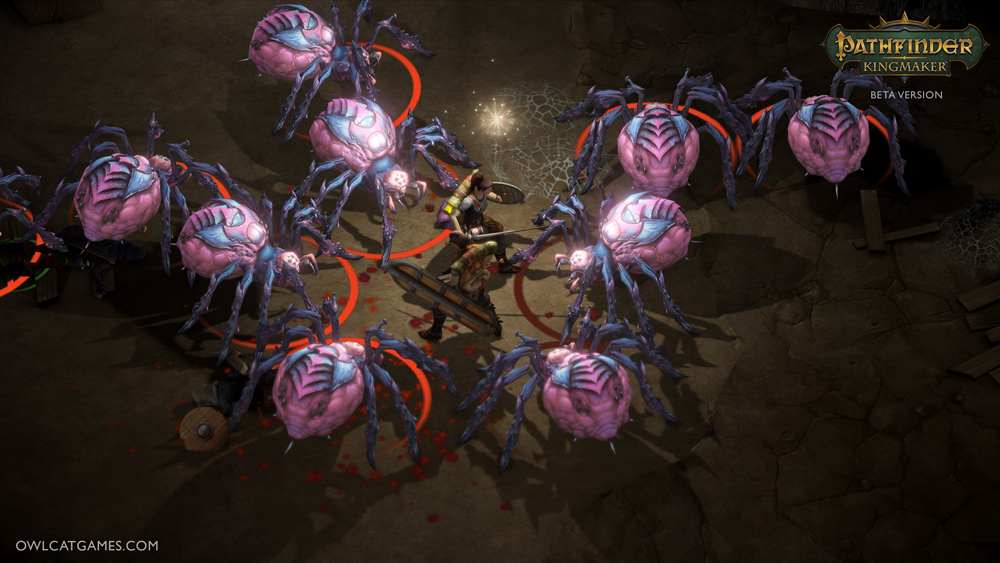 Pathfinder: Kingmakerwas successfully Kickstarted in 2017, with more than one million dollars being raised for what will be the first CRPG for the franchise. Pathfinderis an offshoot of the third edition of Dungeon & Dragonsand to date has upwards of 200 or 300 rulebooks. The team at Owlcat Games, no larger than 30 people with some freelancers thrown in, have been busy working with those rules as they’ve crafted around 250 locations inside The Stolen Lands, an area of Golarion that’s never been fully conquered. That’ll be the task of players, taking control of a nobleman or woman and up to 11 companions who’ll help them along the way. Owlcat is promising a 40-hour campaign, with 100% completion at nearly double that.

My time with it wasn’t anywhere close to cracking its depth. I was dropped halfway into the first chapter where I immediately got lost. Western-style RPGs have never really been my forte. I remember attempting to play Pillars of Eternity, but my computer would hear nothing of it. I started my session with Pathfinder with a team already assembled, in a small patch of land where two beastly species are at war. I approach them and took a side in the conflict, helping my chosen allies wipe out their enemies. I probably could have avoided this conflict, but I had just got off work and I really need to murder some fantasy creatures. Normally, in these short preview sessions, I skip right over most the dialogue to get to the gameplay. But not here.

The name “Kingmaker” comes from a Pathfinderadventure published by Paizo Publishing, the creator of the IP. The adventure path is limited in its descriptions of people and places, give Chris Avellone and Owlcat games the opportunity to expand on the source material and add new content. There are new classes, a new race, and character conversations between party members as my team travels and rests throughout the land. 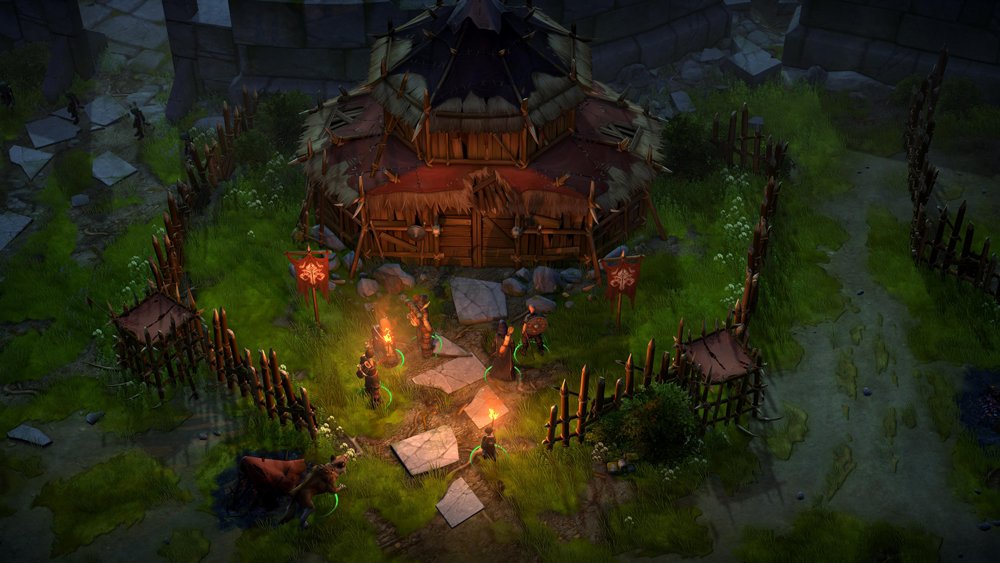 I enjoy these conversations during my many rests — it’s quite an important mechanic in the game — but the real beauty of Avellone’s writing goes beyond simple dialogue. Characters talking with one another is just one way to tell a story and in gaming, it’s the most basic. Kingmakergoes beyond it. The text presented here is closer to reading a fantasy novel than the standard RPGs I’m used to. Whereas something like Golden Sunwill throw a water droplet over a character’s head when they’re sad, Avellone goes in depthwith its characters, presenting not just their spoken language, but detailing their body language as well. I may not have been a tabletop RPG nerd growing up, but I was certainly a book nerd and Avellone’s prose whisked me to the days of my youth spent legs-crossed on the floor of the school library.

Role-playing games aren’t exactly tailor-made for short preview sessions. Even the average JRPG needs more than a half hour to truly get a sense of how it’ll play. Pathfinder: Kingmaker would probably need triple that amount of time to get across everything it has to offer. My slice of the experience took me across the available map, completing short missions, as I searched for the dungeon the other journalist there with me was already busy exploring. I had to leave before that happened, but aspark of interest was certainly ignited inside me as I walked out the door.

The expansiveness of the world, the richness of the writing, the surprisingly easy to grasp point-and-click combat, it all gave the impression I’ve been missing something by skipping all these Western RPGs for the past two decades, and it certainly has made me realize that instead of making fun of D&Dplayers during my youth, I should have been joining them. After all, who am I to make fun of somebody who plays Dungeons & Dragons? I was a high school senior who gleefully played Disney’s Magical Mirror Starring Mickey Mouse.

Unfortunately, the interview with Avellone didn’t happen. After a brief slideshow introducing the game to myself and one other journalist, he had to leave to catch a flight. This small glimpse of his work has me itching for more. Buried deep in my Mac Steam library are copies of FTL: Advanced Editionand Knights of the Old Republic II: The Sith Lords. Maybe it’s about time I introduce myself to the full breadth of his work before I try and crown myself king of The Stolen Lands.