The Thief series began on the PC, and it’s one of those games that old people like me say has its spiritual home there. So it’s no surprise that the new Thief reboot/remake would come under scrutiny as to how well it performs on the platform where so many people enjoyed the first adventures of Garret.

Whilst Chris Carter found the 2014 Thief solid but not exactly memorable, I think I’ve been having a bit more fun with the game, especially in the side missions where you can just pit your wits against the game. Although it’s a great-looking game on a good PC, Thief isn’t without its issues. 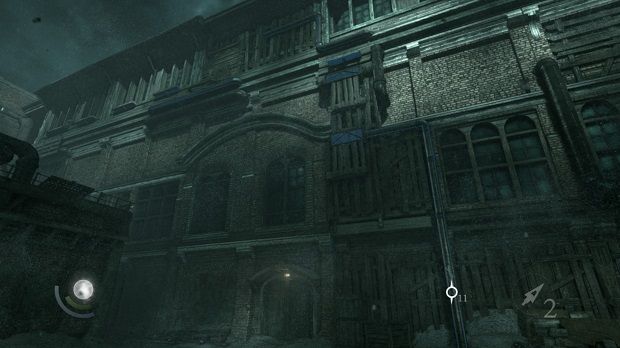 The first thing that will become apparent is that Thief has been designed to be played with a controller, which makes sense for a couple of reasons. It doesn’t really require the precision aiming that you’d need in some other first-person games; Garret isn’t a character that needs to be pulling off quick headshots. The other big reason is movement; the analog sticks give a much smoother rate of movement than on a keyboard. Garret has three distinct speeds, either walking, sprinting, or a slow creep and transitioning between them feels a lot smoother using the control sticks as opposed to the keyboard. Traversing the occasional third-person climbing sequences feels a lot more fluid using the controller too.

Thankfully, Thief will automatically detect your controller once you plug it in. There were times where I was considering having the controller on my lap even though I was playing through the game with my mouse and keyboard. For instance, the lockpicking system benefits from having the rumble functionality of the Xbox 360 controller, as this will alert you to when you can pick the pin. If you’re using a mouse, then you’ll have to make a circular motion with your mouse to pick the lock. It’s feels really ungainly and it’s something you’ll be doing whenever you turn a wheel as well. 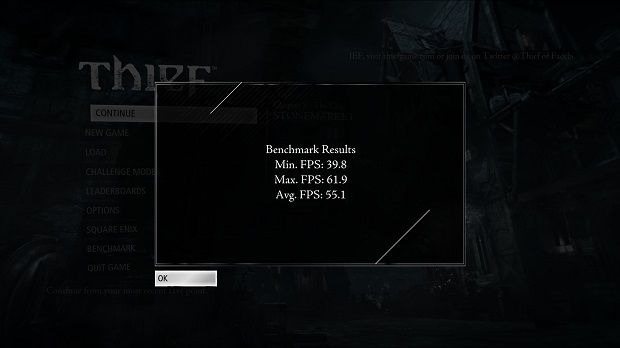 Performance wise, it’s a bit of a mixed bag. I have a pretty powerful PC with an SSD but some of the load times still felt a little long, especially when loading a previous save file. Aside from that, I didn’t see any drop in performance, not even in some of the rare action sequences. The lighting effects are consistently top drawer and the detail on the characters and buildings is really sharp. There’s a handy benchmarking tool built into the PC version but it doesn’t actually make adjustments for you — it’s a matter of running the benchmark tool and adjusting your settings to get the best mix of performance and good looks.

Whilst it doesn’t hit the high points of the previous Thief titles, this 2014 release is still worth playing on PC. Give the controller option a try if you’re not feeling that the keyboard and mouse controls are your thing; both have their places as far as I’m concerned. Oh, and take on some of the side missions as soon as you can; to me, that’s where the heart of the game really lies.