The ink has dried on the European battle of breakfasts, which took place over the weekend on Nintendo’s arena-shooter Splatoon 2. The conflict was declared by messers Pearl and Marina, over which was better: a “warm” breakfast, or a “cold” one.

Pearl bagged herself a narrow 2-1 victory, with Team Warm taking the points from both the public vote and Solo Play. The yoga-loving Marina earned a point from Team Play, at least, something to console herself over as she grumbles into her bran flakes this morning.

Meanwhile, Pearl can dig into her eggs, bacon and beans with pride. Safe in the knowledge that the trans-fat filled feast is the superior breakfast of the European Splatoon community. Nice one, sister. 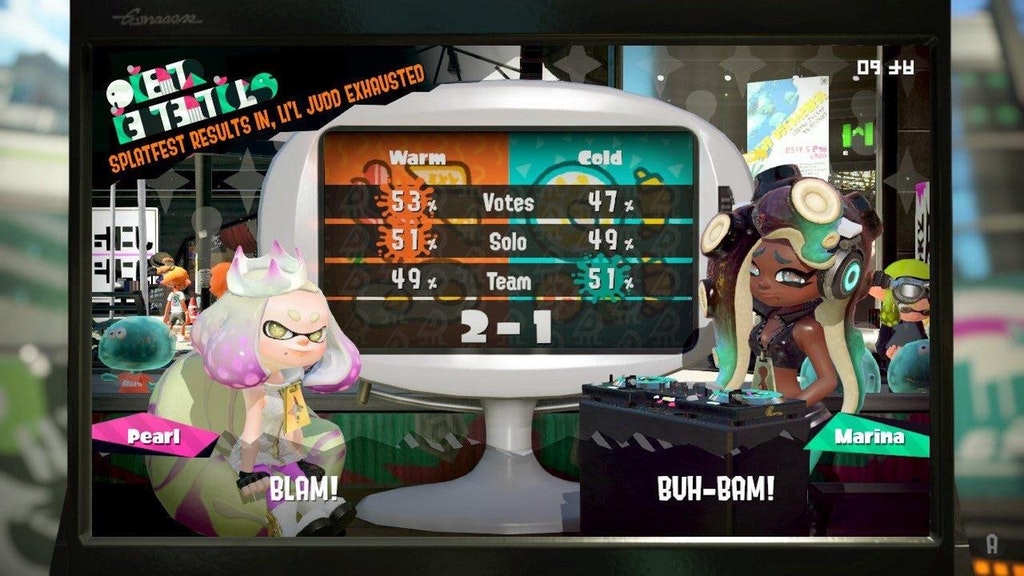