Planet Zoo's Arctic Pack is a bit on the short side

Mini-review: You may want to wait for an eventual bundle

Yesterday, Planet Zoo got the first of surely many DLC packs to come. This first paid add-on – the Arctic Pack – makes a great impression up front. There’s just one problem: it’s over before you know it.

Fans have been clamoring for more animals, and polar bears were a big bullet point on the wishlist. The DLC also adds three other habitat species – the Dall sheep, Arctic wolf, and reindeer – along with a couple hundred bits of scenery and two new story scenarios that tie the whole frigid theme together.

On paper, there’s a lot to love. The scenarios continue a story thread from the main campaign involving Bernard Goodwin, so they’re once again fully voiced. The first zoo is set in Norway, and it’s a delightful little winter wonderland; the second is in Mexico, and it’s a challenge to beat the heat with solar panels.

Both scenarios prominently feature the four new Arctic species, and if you’re going for full completion (Planet Zoo has bronze, silver, and gold goals, but you only need to meet the basic tier to unlock the next stage), then that’ll take at least a few hours. There’s a lot of breeding and researching to be done. Unlike the main Planet Zoo campaign, which acts as a gradual tutorial, you’re mostly free to just have at it. 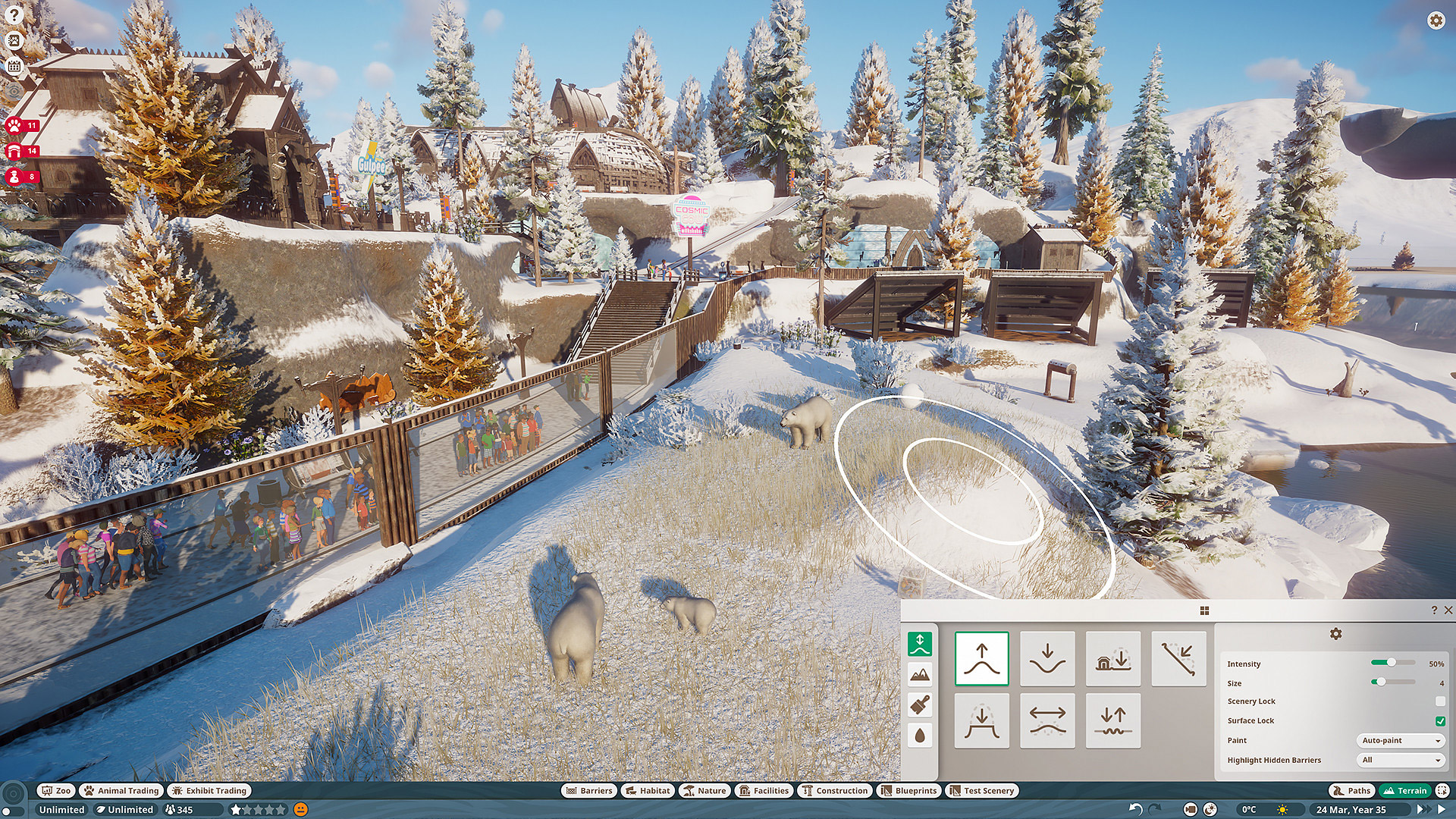 About those animals – they’re terrific, expressive, and a joy to watch. They behave in the game as you’d expect, aside from the polar bears, which have surprisingly massive land requirements (a rework is underway). I just wish there were more of ’em. The Arctic Pack is an interesting value proposition. Unless you’re expecting to make full use of the Arctic scenery items, this DLC can be a hard sell at $10.

Apart from the Scandinavian buildings and some festive decorations, a lot of the items blur together.

Knowing full well that the Arctic Pack is just the start of Frontier’s plans for Planet Zoo DLC, I can’t help but feel like we’re going to be inundated over the next year. I’m excited for more animals and other reasons to continue spending time in this wonderful game, but I worry about diminishing returns.

I’ll happily pay $10 this time – but again and again? We’ll see. The cubs are cute as hell, though.

[This impressions piece is based on a retail build of the DLC purchased by the author.]

Share
Facebook
Twitter
Pinterest
WhatsApp
Previous articleWizards of the Coast plans for 'seven or eight' Dungeons and Dragons games in the near future
Next articleContest: Win a brand new Switch and a copy of Jamestown+, just in time for Christmas
Fox Newshttp://nri-homeloans.com