Counterpoint: the new animals are precious

As much as I adore Planet Zoo, I can’t say I’m loving Frontier Developments’ piecemeal approach to DLC.

The first add-on, the Arctic Pack, had its place – but I worried about diminishing returns, and sure enough, here they are. This week’s South America Pack also costs $10, but it doesn’t have any new story scenarios. Instead, it’s nothing but animals and scenery pieces for building out your ideal zoo.

That caveat might be fine if meticulous construction is your main draw to this game – I check the Planet Zoo subreddit every week to see people’s imaginations come to life, and I’m always blown away by what’s possible – but for me, it’s a letdown. I need scenarios to keep me engaged at this point.

If you’re still on the fence, let me run through the South America Pack content. 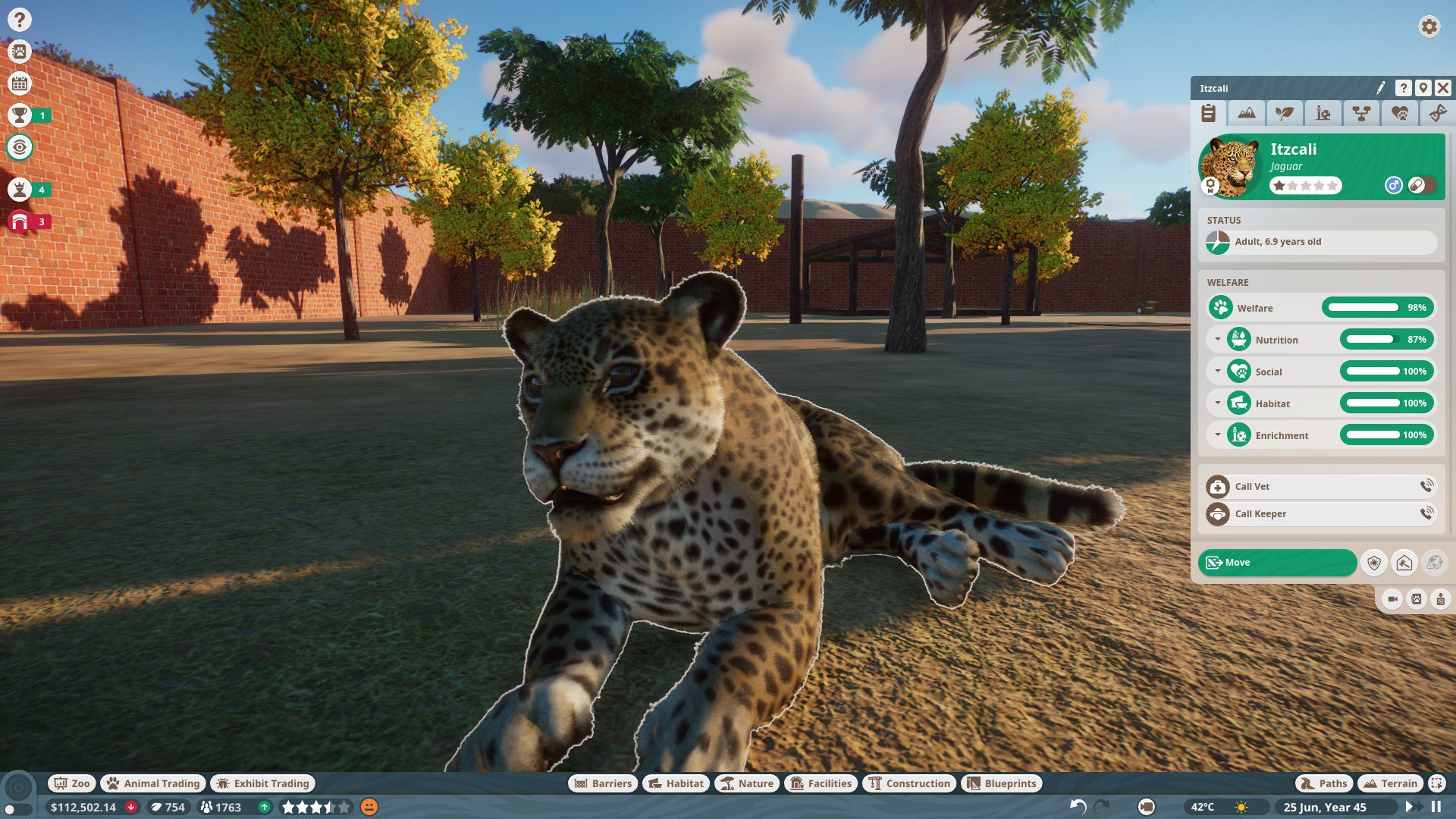 The animals are definitely the highlight. Even though the process of fine-tuning habitats remains the same, I still had fun building new homes in one of my existing Franchise zoos for a majestic jaguar, a pair of floofy llamas, a giant anteater (my spirit animal), and a barrel of mischievous capuchin monkeys.

There’s also a lone new exhibit animal, the red-eyed tree frog. It’s a gorgeous, iconic creature, but as with the other stationary exhibit animals, the tree frog is not exactly dynamic. It just chills all day.

So much of the Planet Zoo experience is learning all of the tools at your disposal and figuring out how to juggle the nitty-gritty simulation systems. Once you’ve managed that – I’m like 70 hours into this game by now – then it’s a matter of going through your efficient routine. That can be relaxing in its own right.

On the zoo construction side of the South America Pack, there are “250 new building, scenery, and foliage pieces,” but there’s more overlap with the existing content than I would’ve liked. That said, in the right hands, this stuff can be put to good use – particularly the ruins and bamboo pieces.

For those of us who aren’t ready to commit to a painstakingly cohesive built-from-the-ground-up themed zoo, the prefab Aztec-inspired decorations are right there for the taking. I won’t tell if you won’t. 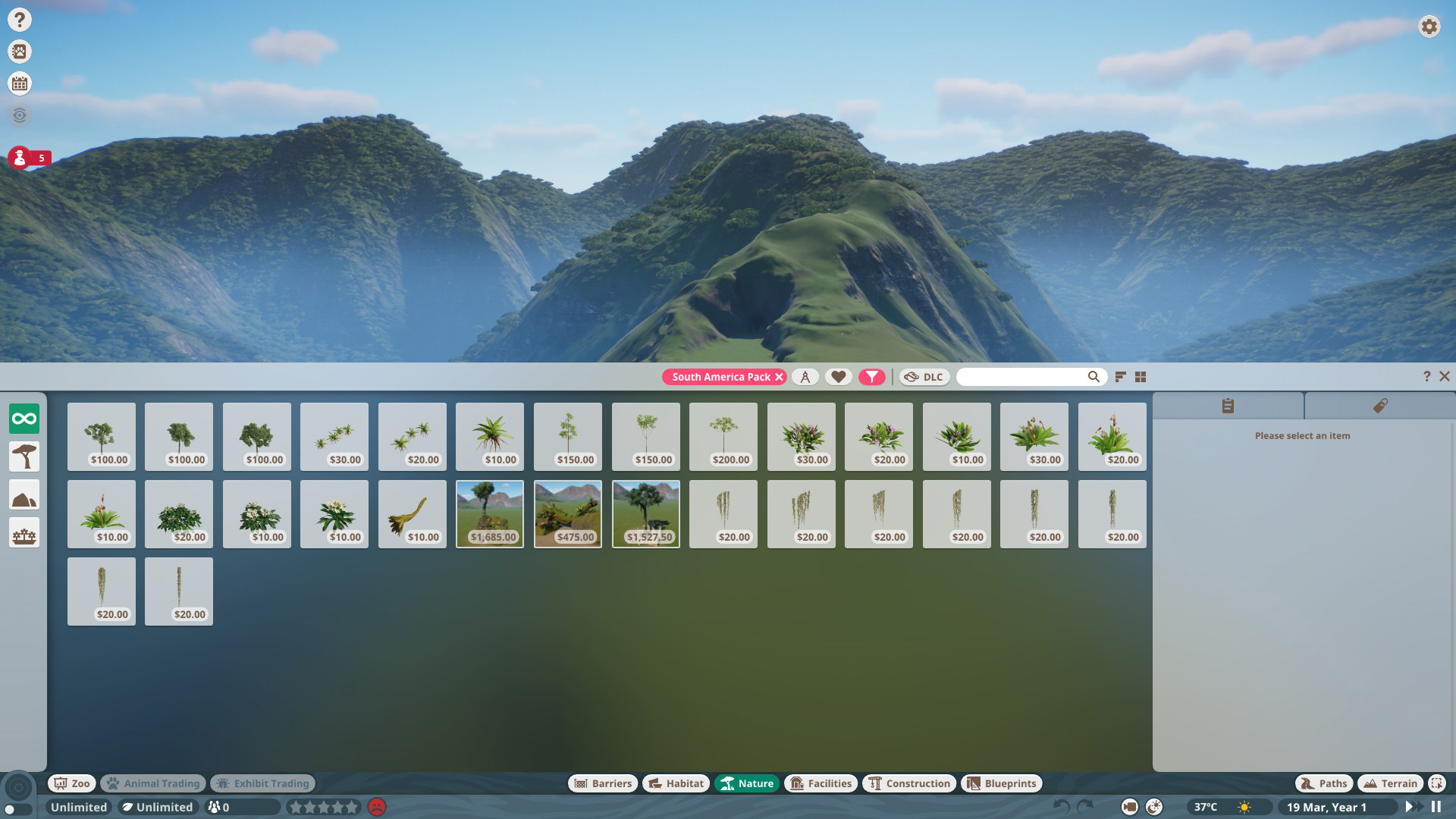 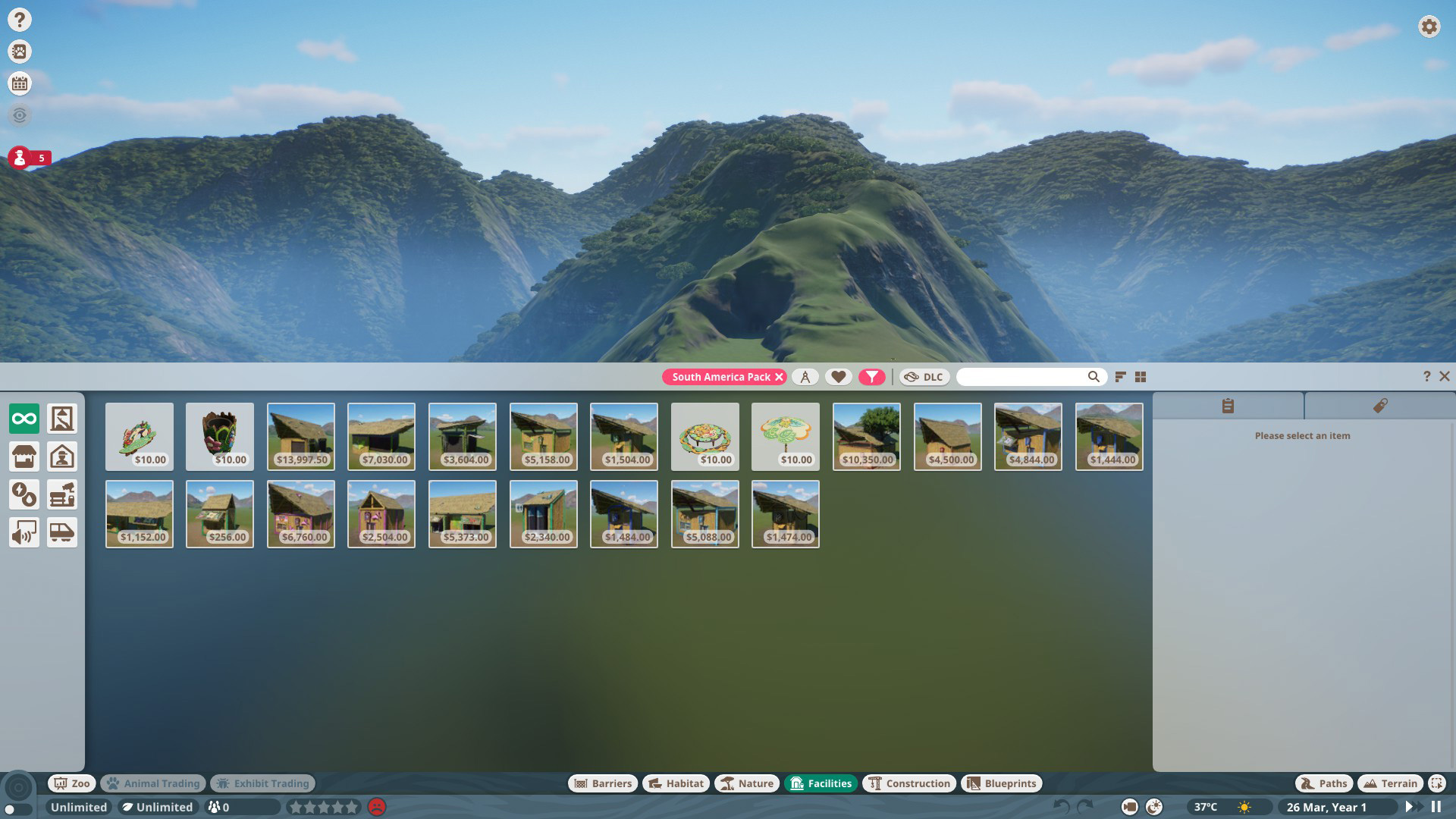 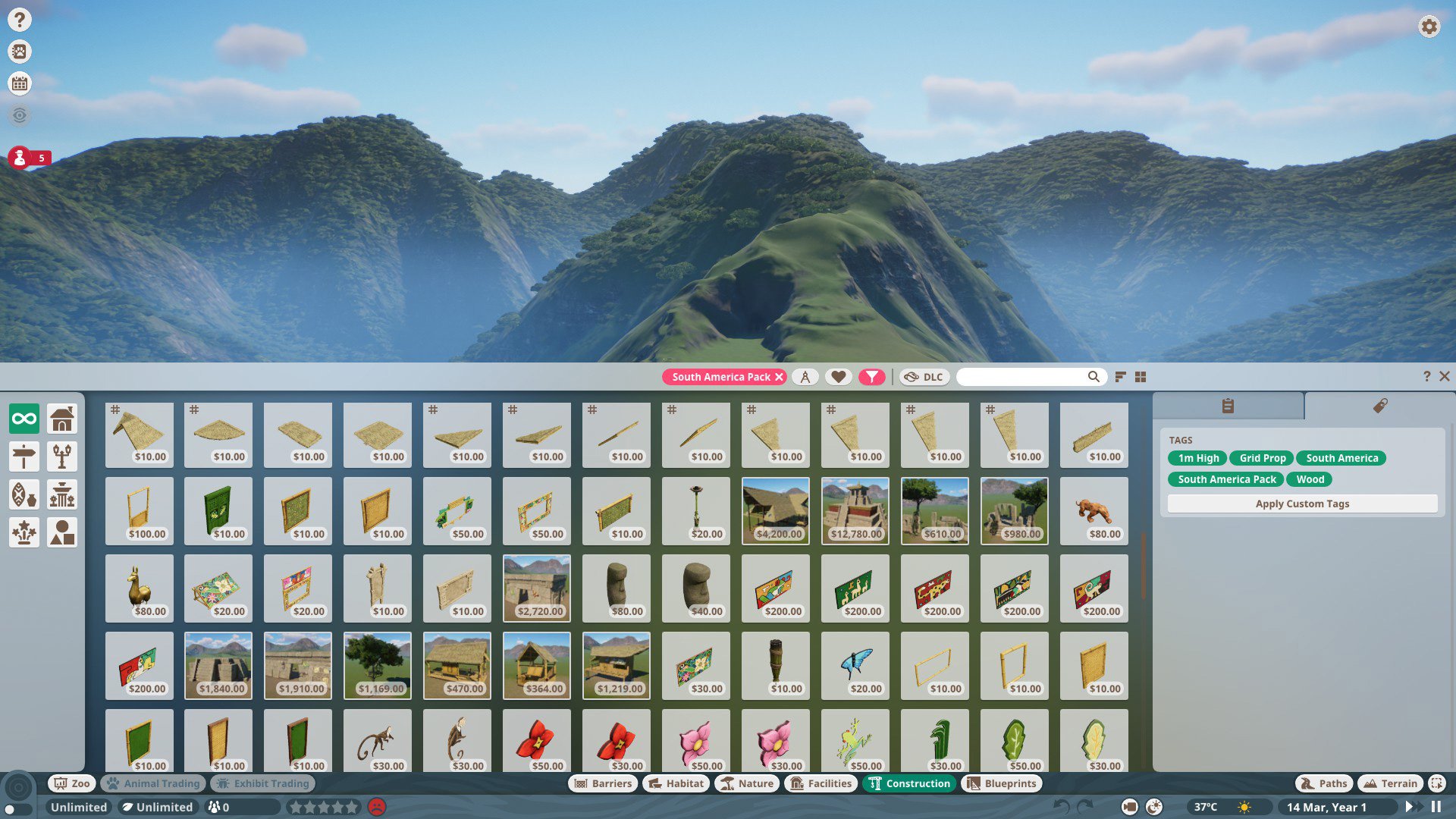 Separate from this paid DLC pack, the developers have also released a substantial free update.

There’s too much to rattle off here, but as you can glean from the update 1.2 patch notes, they’re still striving to shore up the fundamental gameplay loop, which is partially why I don’t mind the less-than-generous DLC. I’m most fond of the info panel for Guest Education (that mechanic can be weirdly elusive) and better genealogy information for folks who want to breed superstars. Other tidbits – like a search option in the Zoopedia, and shared research across all Franchise zoos – are much appreciated.

Amusingly, they’re still changing up keepers’ feeding dynamics. One of these days it’ll get there.

My best-case scenario is that Frontier will “save up” a big batch of animals and go all out with a true expansion to Planet Zoo rather than checking off a list with fleeting DLC packs here and there. I feel like that could happen eventually, but for now, I’m expecting more mini packs. (And I’ll keep playing ’em.)

[This impressions piece is based on a retail build of the DLC provided by the publisher.]